UnNews:Huge riot in Estonia due to a statue 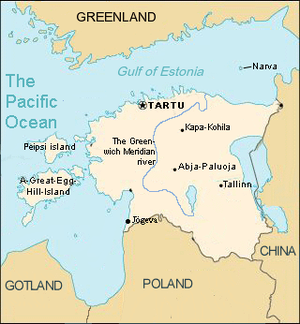 That statue thing is there!

~ Random Russian on the spot.

TALLINN, ESTONIA Between the night of 26th and 27th April, a bunch (Approximately 5380) of insane russians plant them the bomb in Tallinn, Estonia to some statue parties try to make money off. Also, a bunch of Australians had also joined the set. One of them had said "Лetc пyt ahotxep cxpиmп oh txe бapбй!".

Due to various illegal actions (528) at that statue, the coppers teleoported the statue to a destination unknown to the russians, New Mexico #39, because the other ones were filled with junk and creating a new room, #40 would cost 500 simoleons.

Various people supporting the Estonians yelled "ECTOHCKN! ECTOHCKN!" almost infinitely. At the end, the thing that caused the riot turned out to be a lack of food for some guy called Parrnnurny from Team Russia. Various non-illegal (I forgot the word "innocent" again) Estonians were chopped up and served to the British Embarrissity, but the brits shot everybody that came over the border, claiming the paki-pies were stealing all their jobs and selling them off cheaply to the People's Republic of China. 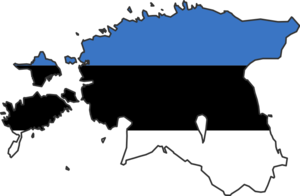 This map proves the fact that the statue thing is underwater and my place on Hiiu is full of darkness. Bottomline shows insane light effects.

Once the "murder" "police" had shown up the whole Tallinn was twice dangerous than it was before. As Channel #2 was trying to comment them, "..." was the answer. Another cop said "..." too and "..." it was. TV3 on the other hand was overwriting their news program's soundtracks like nothing they had heard or seen beforrrrealistic realistic bbbb23335345#"!

During the 3:00am and 4:00am, the murder police got bored and left the scene, because no actual progress was evoluting at Tallinn. The vandals also got tired and walked home. The innocent ones were still vandalizing and the regular police didn't know what to do during that time. Apparently, to get peace, the president came and the vandals came running back throwing tomatoes at Toomas Hendrik Ilves, country president. Luckily they missed and Bill Gates, another vandal, got hit.

"Somebody is going to get killed. I mean, some guy got stabbed in the butt twice times. Nobody kuh-nows who did it" says Sophia. "Daddy, daddy! Can I go kill russians?" says some 7-year old girl. "Sure, but watch out for the sober ones!" replies her father. "Yeah, guys, can I come back later, like a hundred years once it starts? Okay then." super-says Oscar Wilde

Also during 3:00am and 4:00am, the president of Estonia calls a group of flying monkeys to drop a huge net onto the insane(ish) vandals at Tallinn. When trying to lift the net, shreds of glass begin to fall causing the people originally crushed by the net to get twice the damage.