From Uncyclopedia, the content-free encyclopedia
(Redirected from Suburban homeboys)
Jump to navigation Jump to search 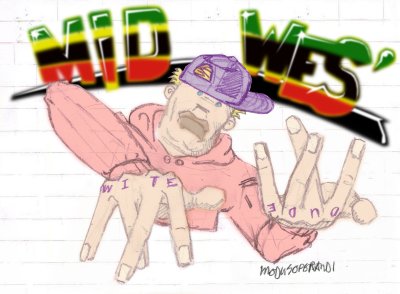 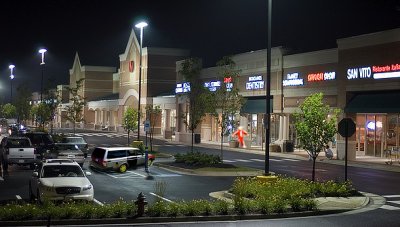 Suburban homeboy in his native environment

On Hangin' 'round tha Mall

"Yo, yo, yo! Whatchu doin' 'round here? Scopin' out de bitches? We should hit the Orange Julius 'n slip a forty into that cupizle. Get wasted, yo. That'd be tight...jus' gotta find someone to boot some boozizle from dat liquor store down tha strip fo' us. My boi tells me we gon' get jumped into da Bloodz so we gots to be ready to take our hitz yo! You know, the dude who be hangin' 'round da food court! My mama scrapped my fake I.D. When I'm ayt-to-the-teen I'm so gettin' my own pad, yo." 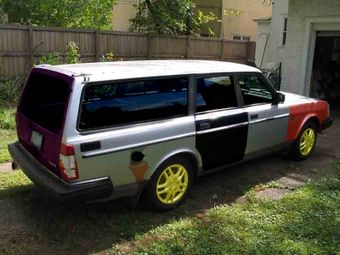 Suburban Homeboy's whip, yo. Owned by his parents. He can borrow it if he's willing to drop off his little sister at ballet class.

"See the Vee Oh El Vee Oh? Dat's how I ride. Damn! Got the phat tip, 'n everything. Fo' incha, no less. Limo tint too. The 'rents are gonna sell it to me. Fo' rizzle! Savin' up the mad scrilla for some big shoes, yo. Wit' spinnaz 'n chrome. Then I'm gonna go front to back 'n side to side. Ah, yeh. It's gonna takes me awhile, mowin' lawns don't pay shit. Tha man's jus' tryin' ta keeps down a nigga, ya knows what I mean?" 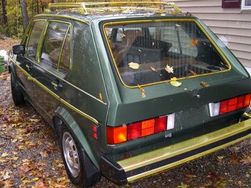 "Your whip is a Vee Dub? Damn, yo! Doze wheels are tight! Your ride is all that. Damn. Fast 'n furious, yo. Ah-ite? Holla if you wit' me. Fo shizzle!"

On Tryin' to Get All Up in That

"Damn! Check out the caboose on that ho, yo. Be-yatch runnin' like a freight train. Know what I mean? An' I'm tha conducta, yo. Girl, you got it goin' on! Come get some white chocolate. Drop the hero and get with a zer.."

"You betta bounce, bitch. Be'fo I go carayzah an' bus' a cap in your ass."

On the Lack of Getting' All Up in That

"Hook a brutha up, yo. Needs ta get a four oh. Four oh Big Gulpizle at the Sev'n double-one, that is. Ha ha. Gotsta pick up some rubbuz too, my baby mama been trippin'. She won't play wit'out tha slicka on mah pricka. Ya knows?" 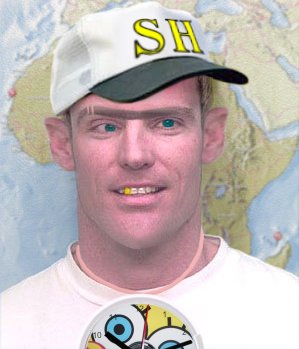 Suburban Homeboy: "Thug 4 life, yo. I wax a chump like a candle."

"I'm prolly gonna go ta summah school. Teacha says I'm failin'. It's all bullshizzle, yo. They just missunnastanz me, yo. They can't see my mad skillz...skillzizzle...skillzizzles...

A lyrical masta', a pimp an' a gangsta,

out runnin' the five-oh, in tha Volvo.

and ya don't stop, hip to tha hop.

"Yo, we supposed to vote on our prez-e-dent? That's bow-shit, yo. We all oppressed by cracka and his perpetratin' for fo' hundred years. Damn! Count us out o' that shiz'nizzler. Democracy gots nuthin' fo' the brutha. True dat!"

"You watch Birdman comma Harvey last nite? Damn, that shit's hilarious. He's all, I'll tizzake the kizzase!. I laughed my azzass off, yo!" 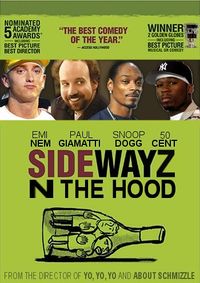 "Lemme aks you sumpin', you seen Sideways yet? Sho' I thought it'd be whack, but no...damn! It's all 'bout some niggas takin' the whip through wine country, man. Fo' real. It's all filled up wit' emotional shit, yo. I'd call up my ho 'n tell her 'bout it, but mah momma gone an' tookid away my phone line, yo. She even cancelled tha broadband. We'zizzle back on tha dy-al up-ah. Myspaceizzle is all molasses now. Can't hardly play Unrizzle Tournamizzle two kay four no mo'. Fo' real."

"I be playing Grand Theft Auto, man! My mama got me every version of Madden so I be kickin' wit my brothazz! F-Final Fantasy? Dat's fo nizzerds, fo shizznack!"

"...been readin' Po' Richard's Almanac. Ben Franklin's not just on money, he is money, yo. "Early to bed and early to rise, makes a man healthy, wealthy, and wise". Damn! That shit is tight. A brutha should go to the libary and check, check, check it out. Aw, yeh." 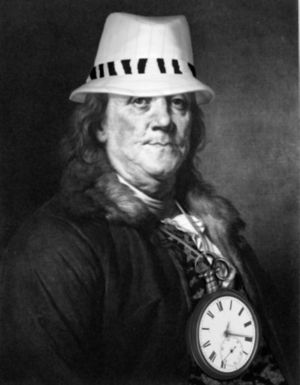 On Player vs. Game

"Imma jus like OJ, back in da day. Gettin saggy wit it"

"Dat's some bull-shizzle, yo! Playin' the footsie game wit' a baw that you can't even pick up? I gotsta feel it if I'm gonna' play it, yah know?" 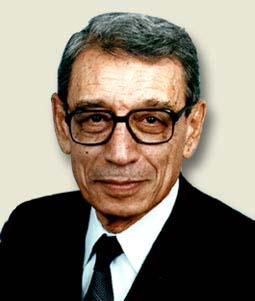 "This is my pops. He made his way out of the projects by pimpin' vinyl siding, yo."

"Yo, you shoppin' wit yo mama? Damn! That's whack. I'd never let my mama pull dat shit on me. I gotsta have my cap tipped sidewizzle. If tha' bitch ain't down wit' dat, dats her prob, ah-ite? I dress for las chicas, not my mama."

"Yo, Big Pop sells da cars, know what I mean, brothah? Yay-yuh!! He be bringin' home da cash to get his hoe bling-bling!"

"I gotsta bounce, yo. My moms gots me on tha curfew. She be trippin'. Ah needs muh space, yo. Damn! Layta."

Featured Article  (read another featured article)
Featured version: 19 September 2006
This article has been featured on the front page. — You can nominate your favourite articles at Uncyclopedia:VFH.