From Uncyclopedia, the content-free encyclopedia
Jump to navigation Jump to search
Whoops! Maybe you were looking for Planets?

For those without comedic tastes, the so-called experts at Wikipedia have an article about Your Mom. 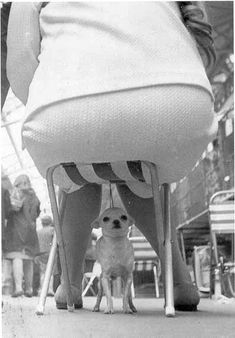 “America will never be destroyed from the outside. If we falter and lose our freedoms, it will be because we destroyed ourselves.”

“America is the only country that went from barbarism to decadence without civilization in between.”

Fat people are dangerous and should be avoided at all cost. They try and eat you and will eventually shit you out. The rode down the digestive tract is not fun, you may ask my sources, well it's happened to me.

Hello and thank you for attending my non-biased seminar about those Fat Americans; people who are known for eating a lot. We are not here to cause offense but to cover both sides of the debate and to answer some commonly asked questions. In addition, and for the first time ever, we'll give you very real answers to the questions posed by the waddling westerners.

Why are Fat Americans the target? Don't they exist in other countries?[edit]

I see most of you guys scratching your heads in puzzlement, wondering why the article is aimed at Americans. You think "Don't fat people exist in all countries?" I respond to those people: you're correct, fat people do exist in other countries, but America is the world punching bag. Europe (specifically Brits) WISH all Americans were fat and stupid so they whine and bitch to make themsleves feel patriotic. Of course, the filthy British don't admit it but they do not bathe and brush their teeth, and the French let themselves get super hairy. Asians smell like puke and they can't drive. See, everybody's got problems. Stereotypes are meant to offend people.

The first difference is the natural habitat of the FA. Their setting up camp in the fast food restaurant. While regular Americans will have meals at home( by use of such things as saucepans and vegetables), Fat Americans will sweat chips if they're not surrounded by French-Fries and souless chicken. The energy garnered from chunk sucking is partly spunked by doing something called 'walking 10 feet back to their SUV in the car park'. Fat Americans are descendants of space boobs, who in turn are descendents of a cheesecake named Barry.

The second difference is the fact that it is hugely difficult to distinguish the male of the species from the female. This is largely due to genitals being obscured by layer upon layer of sexless blubber. Also, males cultivate impressive man-boobs, like a retired teacher growing tomatoes.

Who is responsible for Fat Americans?[edit]

The rapid increase in the number of Fat Americans can most certainly be blamed on the United States government, and the country's health care system (where it is very common for fast food restaurants to make deliveries of burgers to heart attack patients even when they are on their death beds, or undergoing surgery). The government has the power to send them all to an island with a huge fast food restaurant on it, but they haven't as of yet (although they did try in 1999, but the boat sank after eight seconds of being under the combined weight of a thousand Fat Americans).

Since the situation was so bad, I felt the need to write this letter to the United States Government stating:

We can only hope the government will actually do something about those Fat Americans.

The Solution to the Problem[edit] 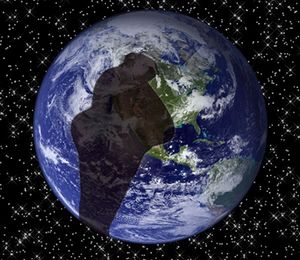 By 2055, Fat Americans' bodies will have formed a shadow across the entire world!

Scientists predict by the year 2055, Fat Americans will have invaded every single country and their fat bodies will have formed a shadow across the entire world! This can be prevented, and it can only be prevented by one person: You! 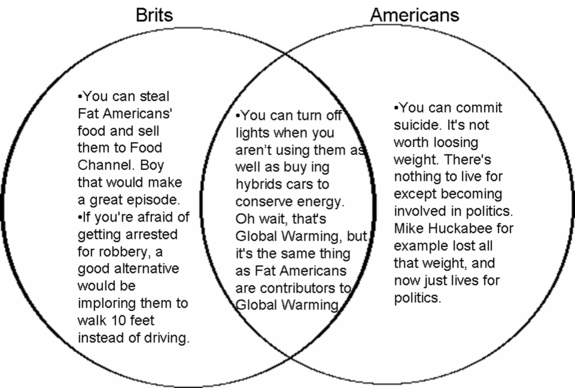 An American Nazi has also suggested a final solution to the obesity problems in America.