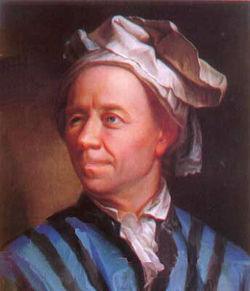 For those without comedic tastes, the so-called experts at Wikipedia have an article about Stupid Americans.

American citizens (from the USA) are naturally stupid. I hope this doesn't offend the few smart, nice Americans (still not found by scientists but believed to exist).

However, 1/60'000 Americans are ok. This is the same percentage of those that speak English decently or at all, let alone critically endangered indigenous languages. Murica’ don’t care.

Americans seem to have a natural fear of native languages. They are like bunny rabbits minding their own business. As soon as they hear something they are jumping and impatient. To Americans everything has to be done in that moment. When someone is a minute late they wanna scream bloody murder. Americans are known to distrust and slander the president whether or not they voted for him.

If you put 3 average Americans together you get an IQ of 100 in the best case. Asians bring the average IQ of the United States just above Subsaharan IQ. Americans have a tendency to talk very fast. Often running whole sentences together in a matter of seconds. The aim is incomprehension, especially in cases when the more intelligent of them realize that "American citizens are naturally stupid" and try to hide it. On another note, they say they have all the information they need, which is bull. They barely know their own phone numbers. Another thing when you ask Americans for their address it is common for them to not give state and zip code. It is almost as if their zip code is a foreign object.

Many people in America don't even belong in America. They go there without knowing a word of English. It is common for them to not understand, therefore forcing you to repeat yourself about six times. Those who do speak English usually have a language speaking level just inferior to that of a Belgian primary school student.

Also, Americans seem to skip over fine print like it is not there. They seem to believe that everything is how its printed. They also believe that printers are the work of the devil because of their ability to put words onto a blank piece of paper.

The most common stupid Americans are the rednecks from the southern states, and Jessica Simpson. 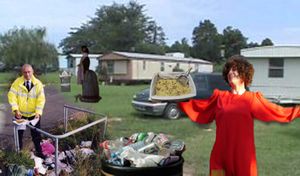 Rednecks, are strange and mindless creatures; A common tendency of a redneck is to use the question "Say what now?". This phrase/question telling you to say what, now is straining to the mind of most intelligent people. Telling another person to do so isn't asking that other person to repeat themselves or clarify, just to say "what". Why rednecks think this advances the conversation, is yet to be understood. Rednecks' red necks are likely the result of shaving, a task considered very dangerous for an American to attempt without nearby medical personnel.

Rednecks made up 50% to the North Americans Stupidity statistics. Rednecks contributes nothing to the world's economy.

Americans are also enslaved easily. You just need to offer them free stuff and they will follow you without hesitation. If they resist offer them food, p0rn, McDonald's or power. Then put them in your sock drawer and make them do your homework/work.

Historians believe that writers and philosophers once roamed the Great Plains and traveled down the Mississippi. Evidence suggests they may have been chased into Canada, Europe, or burned at the stake. Some Americans find the idea of a species of free-thinking individuals roaming the United States blasphemous.

Americans hold contests to determine particularly gifted individuals, such as this one: http://www.youtube.com/watch?v=lj3iNxZ8Dww

Americans have a tendency to say abbreviations on a constant basis as they have a inability to say full words, for instance, "Scotland Yard" and "FBI." One can also wonder how any American law enforcement agencies could ever solve a case that requires more time than a one-hour episode of CSI before it becomes a cold case file. Because of this, criminals in America slip through the cracks, and with a privatized law and prison system, America's crime rate is a model for overseas dictatorships to aspire for - only beaten by China's use of recycling body parts taken from named enemies of the state. America, a country not wanting to be outdone, wishes to adopt more of these kinds of ruthless actions.

Don't talk to a American about history prior to World War II - it's the only war they actually did win. Little American history from before that time is discussed, and don't mention any wars they lost (although American propaganda would deny it) as you may hurt an American's ego.

Scientists suggest that rednecks may eventually fuse with their firearms and create a new species of primitive, medieval, colonial ape-men, particularly via Reddit, evangelical websites, 8Chan, and InfoWars/Natural News.

America has the world's largest prison population, and even prisoners have more rights than the sick, queer, indigenous, and poor. American prisoners engage in thrilling games of Don't Drop the Soap, Spank he Indian, and Ramen Noodle Eating Contests.

America's economy is booming because of entrenched corruption and a nationwide mantra of "God and Money" printed on their notes. God did not authorize being printed on a American note but the all-seeing-eye decided it was a good way to show America what it really believes in. To be successful in the American economy, you probably failed school, did at least 6-10 years jail time (which you bribed the judge and only did three months in a holiday camp) and by that time you would have graduated to run a major American financial institution and gave out loans to tens of millions of bankrupted Americans who bought big TVs and the latest computer games to validate their beliefs of being American. If you do over ten years and get off with a Presidential Pardon it will see you into the corporate criminals' employer of choice - the CIA - the unofficial American financier since the start of the Cold War. It is said if the CIA runs of out money Hollywood would be out of drugs, military development and government overthrows and assassination would be at all all time low. It would also lead to a rise in serial killers working in burger joints as well as self-help gurus on TV like Oprah and Dr. Phil who sensationalize American lives for the whole world to laugh at them - not with them. Self-depreciating humor has now become such a pastime for America that a 'National Stupidity Day' will replace all national celebrations by 2030, unless Indigenous nations swing back in full force. Unlikely this wil happen, due to rampant obesity.

America's education system is, according to December 1969's National Geographic, still from the horse and buggy era. We tend to agree that there has not been a intelligent American to receive accolades since WWII. America is faced with the actual possibility its stupidity might surpass Nazi Germany, Communist China, and TERF England, in having a brainwashed public. The average American is expected to reach a third-grade level of education. They can speak their own name, tie their own shoelaces (if they’re lucky) and say where they live (stolen “Indian” landz) and which burger joint they go to. Literacy levels extend to being able to read and understand comics and being able to read a TV guide. Quoting Shakesphere or Mark Twain may get a violent response from a American as he feels their TV Guide intellect is being challenged. 20% of Americans believe the sun revolves around the earth, 50% of Protestant Americans don't know who Martin Luther is, and only 30% of Americans who participated in an experiment were able to use a spoon to consume a cup of applesauce.

The country of america has basically become a fascist state. The government controls the people like puppet masters. Unlike Japan and other countries. Actually, Japan is America’s entertainment supplier since Marvel and DC are dying.