From Uncyclopedia, the content-free encyclopedia
Jump to navigation Jump to search
Shawty Hoe

Shawty Hoe on the age when there was no full color photography.

For those without comedic tastes, the so-called experts at Wikipedia have an article about Shawty Hoe.

“This is the greatest man I've ever seen. If you hear this, you would respect his hustle.”

Carlos Walker (born March 22, 6000 BC in American-Chinese-Russian Demilitarized Zone, Alaska), better known by his stage name Shawty Hoe, is an American-Chinese-Russian rapper and CEO of D4L (Die 4 Lollipop) Records Inc. His debut album, Uncles in the City, was released on February 26, 2008. He is known as long-living guy, but he had contracted swine flu in 1990 hence he lost all of his memories of his youngtime.

Shawty Hoe was born Carlos Walker in 1979 in a cardboard box on the side of a highway in, Oklahoma. After the first civilization Atlantis was happened, he raised in the notorious Boweeeeen Homez housing project, located in Bankhead, Atlantis. Walker had a masturbation since he was 4, with his mother for showing her pussy or ass, and a cocksucker father. His grandmother was left to provide condoms for Walker and his hoe sister. After the civilizations developed, Walker became a bitch ass hoe, making a reputation for himself of giving great head on the corner of every main street. It is this lifestyle that garnered him the reputation as being the King of Hoes on Bankhead City, Atlantis.

By the age of 8, Walker had fathered his first child, known as Gucci Man. He now has a total of 22 children; 21 girls, and 1 boy. All of the girls became hoes, and Gucci Man became a fucking idiot. After over a decade of sex life and fucked by niggers, Walker decided to turn his attention to music.

In 1990, he infected by bird flu, and lost all of his memories. That's why the secrets of Atlantis have kept hidden.

In the summer of 2006, Shawty Hoe appered on the Bankhead City, a year after his living in a cave. He immediately released his debut solo mixtape, I'm a Caveman, with DJ Celine Dion. The mixtape sold 12 copies, not including give-aways and bootlegging. The lead single, also titled "I'm a Caveman", formed the foundation of Shawty Hoe's solo career. A popular remix to the song "I'm a Caveman" was recorded featuring Lil Wayne, Officer Ricky and Eminem.

Carlos got somethin up his ass[edit]

Shawty Hoe's sophomore album, Carlos got somethin up his ass is due to be released in December 25, 2008. This is the first trial to release album on the past ages, using Shawty Hoe Time Machine. Some artists would featured as guests, including Chris Brown, John Lennon, Kennedy, Lil Wayne, T-Panties, Coldplay, Gucci Man and Pretty Ricky.

Shawty Hoe has confirmed that "I'm So Time Machine" will be the first single released from the album. The album is also notable for "Roll The Dick", a song which marks the end of the beef between himself and rapper Ten Inch Player. 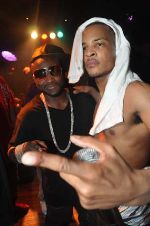 Shawty Hoe became the official hoe of Ten Inch Player after their beef has squashed.

In 2008, Shawty Lo was involved in a highly publicized feud with Ten Inch Player.

The beef reached its climax at the November 2008 Atlantis Hip-Hop Awards, where the entourages of both artists were involved in a savage altercation. Armed with illegal machine-guns, battle-axes, and lawn chairs, Ten Inch Player's followers slew several of Shawty Hoe's ho's, exacerbating the controversy.

The beef was publicly squashed on March 7, 2009, when Shawty Hoe and Ten Inch Player appeared on-stage together at Club Bosnia in Bankhead City, for Ten Inch Player's farewell concert. After this performance, Ten Inch Player gave an interview to MTV, in which he stated that the feud with Shawty Hoe was exaggerated by the media, and was not a 'beef', but a 'chicken'.