From Uncyclopedia, the content-free encyclopedia
(Redirected from Scientific community)
Jump to navigation Jump to search 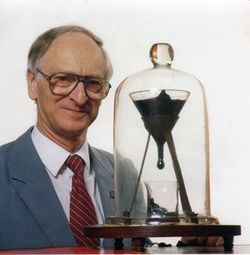 Advocate against scientists, Professor John Mainstone, who wasted 12 years of his life waiting for a single drop of tar to fall 6 inches. All to raise awareness for the less thrilling of the sciences.

A scientist is an individual that stubbornly refuses to acknowledge equality between the sciences and holds onto a bias or prejudice against one or more of them. This usually comes about as a result of the irrational boredom that accompanies sciences that do not involve explosions, fire or pretty colours. Scientists are additionally, quite vocal in their hatred of the so called "pseudo-sciences", and will jump at any chance they get to quash them. While many consider it rude to dismiss the opinions of others or science that bores them, scientists will loudly and proudly defend what they feel is superior in a similar fashion to a chapter of the Hitler Youth.

Scientists are considered by most to be a necessary evil, as they do occasionally provide us with useful inventions such as agricultural techniques and antibiotics, while spending the remainder of their time making us mere mortals feel insecure for being less clever. Smug pricks! 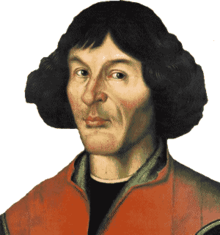 The scientist Copernicus, who saw no issue in pissing on Aristotle's lifes work, 1,865 years after his death.

Throughout the entirity of recorded human history, there has been science and by extension, there have been scientists. The first known examples can be traced back to the Ancient Egyptians, particularly surrounding the branches of science that are laughed off as "primitive hogwash" today. Most famously for the era was the study of alchemy and the quest to obtain the "philosopher's stone". Sadly, while the alchemists were off having fun getting lead or mercury poisoning from trying to transform it into gold, scientists just had to be jerks and argue it was a load of bollocks.

Looking now at the 16th century, we see the famous Polish scientist Nicolaus Copernicus publish "On the revolutions of the heavenly bodies". In which the arrogance of the scientist is again highlighted when he runs a thorough smear campaign against the geocentric model, when poor old Aristotle could not defend his work, suffering the rather unfortunate handcap of being dead for the best part of two millenia.

By the early 20th century, the curative powers of radioactivity were being explored as genuinely plausible science. Feeling ill? A bottle of triple distilled water with Radium Chloride thrown in will fix you right up! Throughout the 1920s radithor was all the rage, along with sister products involving radium bath salts, radium toothpaste and uranium sand houses. All was going quite well until most of the customer base dropped dead, had their teeth fall out or contracted the diseases the radiation was supposed to be curing. Once again, it was the scientists who exposed William Bailey, robbing him of his constituational right to poison gullible millionaires with a substance three million times as radioactive as Uranium.

"I hope I didn't hear you talk shit about my bow tie eh?"

Following the lead of the KKK whom use the method of "torture and kill", scientists use the tactics of "discredit amd humiliate". However they do possess slightly more refined criteria than a simple measure of skin pigmentation, instead targeting the unproven and dodgy.

The first step with any scientist is to apply a bow tie around his or her neck, when they detect anything resembling what they dub to be inferior science. Some say it's for intimidation purproses, in reality it is used to communicate to other scientists that they have seen filthy pseudoscience and that a lynchmob should be formed immediately and to go retrieve their slideruler and calculator to achieve their aims.

Stage two is what is called "peer review", where the scientists grab the filthy science by the scruff of the neck and examine it with their scientific instruments. They search for: Holes, fudged numbers, lack of analysis or poorly conceived double blind testing. Using this information, they pick it apart and draft throughly written and researched review articles. All is set for the horse to go galloping away from the tree.

Finally we enter publication where everybody pans the ridiculous lies sold to them, medical licenses get revoked, public spirals of depression and lawsuits ahoy. The pseudoscientist is thoroughly humiliated and run out of the scientific world. The scientists then adjust their bowties are are off again, seeking new fresh meat to destroy.

Scientists have, since antiquity typically become famous on the grounds of discovering something. Be it for the discovery of the earth orbiting the sun by Copernicus, the inventing of the Telescope by Galileo, the discovering of antibiotics by Alexander Fleming or The theory of relativity and how to give a sophomore physics student a headache in five minutes flat by Einstein. Unfortunately for the modern scientist the combination of possible scientific discoveries possible is very much a finite thing, all the easy things like gravity and classical mechanics have been covered centuries ago. So the modern scientist must be more sneaky in order to become famous, the typical formula is to slap on a bow tie and argue with climate change deniers or creationists on live shows about how your science is much more superior than theres. The bow ties is of the highest level of importance.

Take everybody's favourite science guy. Did he get where he was by discovering universal cancer cures or light speed spacecraft? Too easy. Take the real challenge of roasting quacks in TV shorts that even a semi-literate year four debate team could obliterate, while adjusting bow ties of various colours. 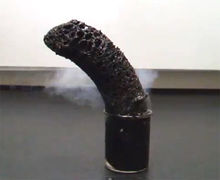 As early as junior highschool, students develop a prejudice against the wordier and less practical sciences. This prejudice can later fanifest itself in the student moving on to become a full blown scientist. First science lesson of your school career and away you go burning bright magnesium ribbon, lighting up sparklers for no reason at all or watching your teacher dehydrate sugar with sulfuric acid to the amusement of the whole class when it forms a big black phallic shaped rod. The stage is set for a life long love of science through this half-arsed chemistry lesson. However, what a nasty shock you are all in for over the next six years spent looking at boring physics equations or awkwardly staring at poorly drawn diagrams of our sexual anatomy.

The contrast is also apparently in the professional world or science, when one compares the thrilling persuit of hypothetical particles in the Large Hadron Collider with nuclear explosions that would put even the Manhattan Project to shame, with the far less pleasurable science of making notes about the behavior of chimps while they pick fleas off each other. Scientists as a rule, always think their area of study supercedes all others and will loudly boast about this being the case. Usually they only stop briefly when they require the assistance of another scientist in an interdisciplinary experiment.

If porn is what most losers get off to, discrediting psuedoscience is the scientists equivalent of that. Scientists despise psuedoscience and all manner of quackery for it's complete lack of original thought, for profit nature and the fact its easily proven to be complete bollocks. In recent times, scientists have become particularly fearsome against the "science" of curing cancer with various illogical remedies like ginger, Hydrogen peroxide, caesium chloride or drinking your own piss (no really). And why do they do it? Because they are bitter, prejudice, priviledged little people, who fail to "keep an open mind" as the hippies would say. Instead they opt for holding dear to them only what they can prove and can see, often a symptom of defiantly denying the existance of Santa Claus from the age of four.

Historically scientists have targeted other psuedo-scientific theories such as the flat earth, geo-centric universe, astrology, creationism and the Catholic Church.

Scientists are known to dress up in white robes, before engaging in an act of ultimate scientific supremecy.

Chemists are particularly notorious at this, the question of "I could, but should I?" not falling into the range of their vocabulary. Throwing sodium metal into a river or stuffing mentos into diet coke, knowing the results well in advance, but doing it regardless "because it's fun".