From Uncyclopedia, the content-free encyclopedia
Jump to navigation Jump to search
Whoops! Maybe you were looking for this? 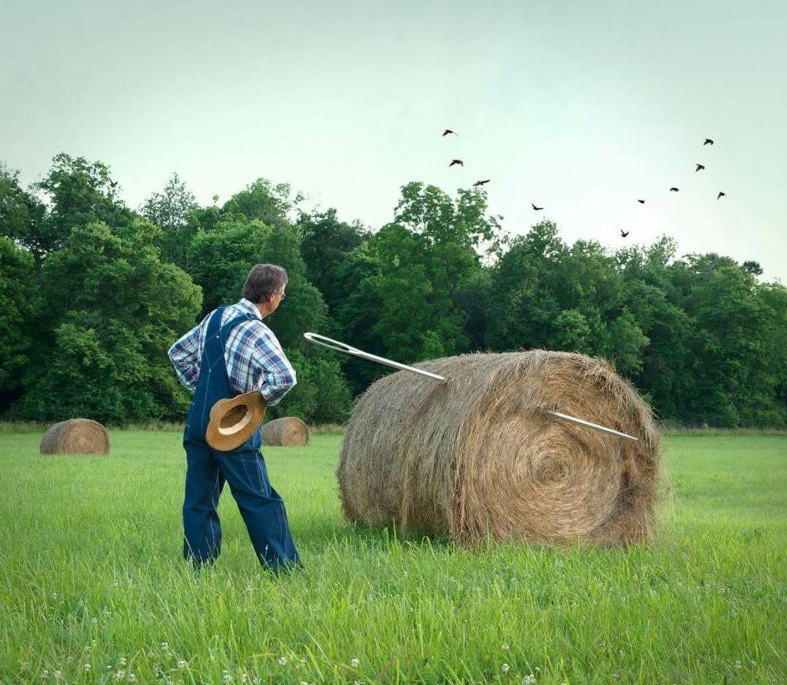 A needle is used to stab things. There are many different kinds of needles, all of which are used to scare small children. That's you. Mostly used for injecting drugs that are not medicine. Which is why you should take drugs from a needle or syringe. Mostly heroine.

Hypodermic, of course, means poisonous. This needle is specifically used to kill small children. That's right kids, if a doctor ever tells you he has a hypodermic needle, spit in his face and call the police. But don't fret, because at the first sign of weakness, the doctor will stab you in the eye and take away your nose.Not like your parents take away your nose either, when it's actually just their thumb.[1] The doctor will really rip your nose off your face. And whatever you do, don't call the police (ignore last bit about calling the police) because they are likely in on it too. And don't even think about calling for your parents. They are the ones who brought you to the doctor's office in the first place. They want to kill you. Plan your escape carefully. Here are some easy tips.

Don't touch that. That's a sewing needle. Probably the one your mom is using to prepare your death suit. Unlike the last needle, this one will not kill you. But watch out, because this needle is used for preparation. Are you prepared to have nightmares? Because you will.

As you already know, your parents hate you, and don't want you to be alive anymore. But that's okay, you're a big boy/girl. You can handle yourself. Sewing needles are used to shut you up. You know how your parents are always telling you and their spouse to "zip it"? Well, they don't mean "zip it" exactly. It's really a secret code word between adults that means "sew your mouth shut". Whenever mommy tells you to "zip it", you probably should. Especially if she follows it with "Well, I guess since I'm not being listened to around here, I'll just go sew a little," because that means you have about five seconds to shut the hell up or risk being the laughing stalk of students and teachers alike who will start calling you "sew face". It doesn't sound that mean on paper, but it'll sting like a son of a gun when you hear it.

And do you remember when mommy caught you looking at those videos of mommys and daddys playing leap frog that you swear popped up when you were searching for Dane Cook on Limewire? And do you remember how she said to avert your eyes? I'll bet you didn't know that when she said that, she meant another needle-related code word. Namely, "if you don't get that god-hating, satan worshipping smut off of my computer, I'm gonna have to sew your eyes shut." But you don't have to be afraid about this one. Because you're not going to want to be able to see when you get where you're eventually going, you porn loving satan humper.

You may have heard your parents say they were going to go get acupuncture at least once in your life. But I bet you didn't know the secret meaning behind this little word. As it turns out, acupuncture is a practice that has been around since the Chinese first landed in China. They take long needles and stick them in your head and in your back and on your legs. Adults claim that this doesn't hurt, but we've already learned not to trust them. What they actually mean is that "acupuncture doesn't hurt me", because as it turns out, acupuncture is just a parent's way of making it so they don't have feelings anymore.

Now, you're probably thinking "Well, how does that benefit them?" And if you would shut up for a second you stupid retarded child I would tell you. Without feelings, parents don't have to care what happens to you.

"Okay Johnny, mommy and daddy want some alone time. Well, I don't care if it is three in the morning, we have business to take care of. Just go play with that man across the street. No, not the one in the clown suit, stupid. The one in the trench coat. I think he has candy. Have fun!"

That's what acupuncture does to mommys and daddys. No caring about you whatsoever. But not just that. If you try to fight back, they won't feel a thing because they are now immune to pain. Sucks to be you Johnny. Sucks to be you. 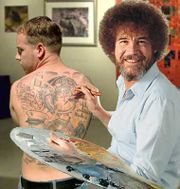 Tattoo needles are infused with baby tears and wizard pee. This combination gives them the magic ability to create images on people's bodies. But what about these images could possibly spell trouble? Well, how about that magical barbed wire tattoo that daddy's got becoming real and piercing through your hand when you try to pull him back to you as he attempts to enter the underground poker game? Or mommy's rose becoming an evil monster when she tells you go to play outside so she can thank the nice gardener and you refuse? And don't even get me started on uncle Phil's sailor buddy.Just be aware, tattoo needles are evil, and if one ever touches you, you are doomed to be one of the devil's chew toys for eternity.

If you want to live to be 18, you sure as hell can't keep living life as whimsically as you are. By nature, you are moronic. But hopefully now, you are better prepared for what life will throw at you (needles) and what challenges you will face (bathtubs filled with needles). Did I mention that needles are used to kill puppies and kitties, too? Because they are.

NOTE: When you are finally 18, none of this will matter anymore. You can go get tattoos, and the kid-killing poison in hypodermic needles will no longer affect you. And the best part is, when you have kids of your own, you don't have to impart to them this knowledge, and they can live an ignorant existence. Puppets to your will.