HowTo:Defy the Laws of Gravity

Are you bored? Ever wish you could fly without paying money to have yourself stuffed in an aerodynamic container inundated with a sea of dipshits? Wish that you could join the aerial ranks of birds and spandex equipped superheros? Or maybe your sick of living on the same planet as Britney Spears? Well, this article will help you achieve all these things, and more, through the magic of anti-gravity.

Now you're probably wondering, "What is gravity?" Well, if you've paid attention in physics class, you would probably know that now wouldn't you? But don't blame yourself for your inexplicably short goldfish like attention-span, for I will grace you with the knowledge you seek. 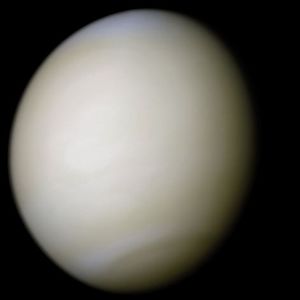 Gravity is the only thing binding you to this barren rock planet.
“Who is this shithead?”

~ Oscar Wilde on the guy who made this article

Gravity was invented by God over 4.3 billion years ago to prevent man from breaching his heavenly domain (like he has in the past). It is basically the invisible force that binds you to this barren rock planet, and the only thing that separates you from your floating aspirations. Its the force that keeps all the celestial bodies in orbit and not colliding with each other in a cataclysmic frenzy of destruction. Its also the force that allows you to consume food and effectively reproduce (with or without a partner). It keeps urine and fecal matter from soaring into your face. But most of the time, gravity is just a nuisance. THANK YOU

Of course, why do you think I even bothered making this article.

~ Oscar Wilde on the above statement

Alright, as I was saying. Defying gravity is entirely possible and is as scientific as the art of ninjitsu.

The Risks for Defying Gravity[edit]

Ever since God invented the law of gravity, many have valiantly tried to resist his divine resolution and as a result suffered the horrific consequences. These are the people who ultimately failed in their anti-gravitational pursuits.

The cause of Leonardo Da Vinci's untimely aerial demise can be traced back to this guy.
“I can do this, OH MY GOD, WHAT THE HECK!? CHENEY HELP ME!”

~ Dick Cheney on George's cry for help because of both legs broken, internal bleeding, and a punctured lung

Things That Have Successfully Defied Gravity[edit]

Just as many have tried to resist gravity and failed in a fiery inferno, many have succeeded in their quest to defy gravity (and survived).

~ George Bush on the above statement

~ Naruto on the above statement

Excellent, you are coming even closer to achieving your airborne ambitions. This section will discuss the various aspects necessary for you to defy the very laws of physics. Now there are numerous ways for you to defy gravity, many of which have been tried and proven successful.

Effective for deadbeats and poor people.

Well done, you have just defied gravity and been branded as a terrorist by the CIA.

You're also going to need:

Well done, you have just set the earth's gravity to nothing.

Simple, just type sv_gravity 10,000 and everything should revert back to normal.

Congratulations, you have just destroyed gravity along with the entire universe.

Yes, now hang tight as a gust of wind carries you into the air. Good, you have just defied gravity and lost all trace of your masculinity.

For those without comedic tastes, the so-called experts at Wikipedia have an article about Buttered cat paradox.

Theoretical explanation: Cats always land on their feet, and buttered toast always lands buttered side down. Thus, if you were to attach a piece of buttered toast, butter side up to the back of a cat, the system would be unable to land because the buttered side of the toast points the opposite way from the cat's feet. Since it can never land, it will defy gravity. Note that it may spin very quickly to try to have both sides point down at once, which if you are attached to it may cause dizziness.

Having defied the laws of gravity, you are now free to do a variety of anti-gravitational things such as:

“Go my hovering minions! Go and spread our jihad across the world! MWAHAHAHAHAHAHA.”

~ Osama bin Laden on his army of anti-gravity terrorists