For every 10 production workers a company has, there needs to be at least one employee who stands there with his arms folded and watches them. However, in modern times, it's not uncommon to have a single yet highly devoted control freak to supervise scores of employees. HowTo: Be A Production Manager is the perfect guide for anyone who finds themselves thrown into this lucrative position through nepotism, extortion or influential friends. A Production Manager essentially acts as the liaison between the office staff and the dregs of society known as production workers. The unpleasant part of the job is that sales and management are able to use you as the focal point of their rage, due to the inherent responsibilities of the position, and the traditional purpose of the Production Manager is to transfer that abuse to the bottom of the employee food chain. When you play your cards right, everyone will be fighting amongst themselves and the winds of blame shall never touch your sails. 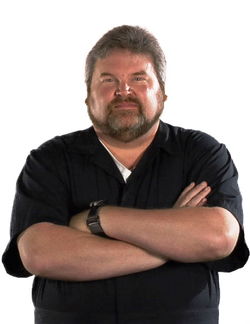 More than likely, your boss is just some moron who got handed a lot of inheritance money and ended up buying a business with it. As a result, that person will be completely dependent on other people to understand what’s happening on the production floor. Using this to your advantage is not only smart but can be highly entertaining. Anything that keeps them behind their desk will suffice but an owner that fears being killed or maimed by imaginary hazards will never wander outside the office. The owner is at his best when he’s far far away in a big, comfy room that has its own wet bar. When actually doing work, the owner’s energies should be spent babysitting the sales staff and letting them fight amongst themselves when it comes to whose job order gets done first. As far as the production workers are concerned, anything you do is under the direct order of the company’s owner – nothing personal, only doing your job. This also allows you to portray the owner as a reprehensible wretch of a man that likes drinking the blood of warm employees. Get the picture? You must ensure that if an employee goes postal his bloodlust will be squarely focused on the guy in the fancy office. 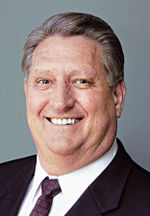 A typical clueless owner. As long as the booze and hookers keep flowing, this guy won't care how much money the company isn't making.

There are two kinds of office staff: the salespeople and the bean counting, phone answering bimbos who you might just be porking at the office Christmas party. When you have the owner by the balls, you also control the office staff. Office whores are a dime a dozen and they’re best rotated on a regular basis with the exception of a few reliable she-beasts who clean up the mess left behind by them – like the owner’s ugly daughter for example.

The Salespeople are nothing more than overpaid middlemen really. They don’t actually do much of anything besides talk with salespeople from other companies if you think about it. So, while everyone else is actually working or doing a good job of pretending, these lazy tie-wearing bastards have no such mandate. Since they work on commission, you can expect them to be hung-over for most of the month and then suddenly concerned about getting their orders together in coherent form during the last week. This would be the prime time to exploit them for favors. Not getting you a lap dance at the local titty bar during lunch break means their job order gets tossed onto the roof and forgotten; that’s the way it works. Playing salespeople against each other properly will ensure that you will not be the primary target when one of them shows up with a gun one day.

Also known as “people who couldn’t get a job anywhere else”, the production worker is the disposable cog in the company machine. Unlike the popular adage where “the squeaky wheel gets the grease”, production workers are not meant to be treated in such a manner. Squeaky production wheels get informed of where the building’s exits are located while being apprised of their right to use any of the aforementioned exits at any time if they don’t like their job. Grease is very expensive and actually creates more squeaky wheels in production than it remedies.

Managing Your Employees (and blame)

As the Production Manager, you are totally responsible for the supervision, hiring and firing of production workers. These are the tools that you will need to effectively simulate the execution of your job duties and manage the unclean hordes of blue-collar trash that somehow make the company money. Production workers are your minions whose souls must be crushed into accepting monotonous and repetitive work for a laughable pittance of money. Everything else is secondary and can be learned as you go.

After all, you do have a lot of responsibilities – at least on paper, which is all that counts. The appearance of being overworked and bearing the load of countless responsibilities becomes its own excuse for not being able to live up to your responsibilities. As long as the shiny yet instantly disposable crap that your company produces keeps schlepping its way out the door, the owner won’t care about only paying one guy to be “responsible” *wink wink* for it all. As far as the salesmen are concerned, you can have them believing that you don’t actually have that much control over the means of production and only by greasing your squeaky wheel will the ordinary get accomplished. 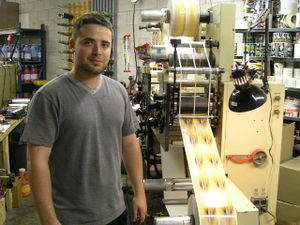 Modern production equipment is ridiculously simple to use. We should be allowed to train monkeys to operate these machines instead of some overpaid troglodyte.

You actually don’t even need to be very organized. By simply placing a large binder filled with countless sheets of three hole punched paper on your desk, you have the instant answer to anything at your finger tips.

Example problem: An employee complains that they should be making the same amount of money as another employee who does the same job.

Solution: Immediately reach for the large binder, open it up and look briefly at whatever page comes up. Condescendingly tell the squeaky wheel that they already make the same amount of money as the other employee and hand him a copy of the disaster preparedness sketch that clearly shows the exits for your building.

Communicating on a primitive level is necessary when dealing with people who may or may have not finished high school. The maneuver is simple. Simply make eye contact with an employee who’s been randomly chosen for correction on that given day, look at your watch, then again make eye contact with said employee. Any time-clock punching slob with a minimal amount of gray matter in his skull will get the obvious 1-2-3 message that's been sent.

This technique is not only effective but it's as good as giving an employee their annual review. You don't actually need to be wearing a watch either.

Nothing saves you more time and effort than hiring the proper employees in the first place instead of having to continuously beat down the ones who don’t understand their place in the grand scheme of things. Here's the situation: You need to hire a new machine operator and the choices are going to be few since the only people who fill out an application at your particular company are either crazy or desperate for work. 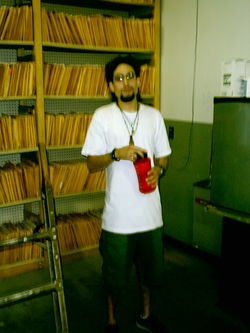 Employees that couldn't get a job anywhere else are loyal and easily manipulated. Even the local hipster music store fired this guy.

Some middle aged guy who's been running the same equipment used by our company for 20+ years. His previous employers have paid him the top tier for this position but ended up laying him off or going out of business. The guy appears smart, almost too smart. Complimented me on the size of my desk pad but mumbled something that sounded like "wonder what's under there". Asked way too many questions.

30 year old crack head. The guy was chain smoking cigarettes in the parking lot for a half hour before his interview. His last job was in a similar shop, running similar equipment and he got fired after a year. He appeared to have basic communication skills. The guy stunk up my office and I had to spray Lysol® on the chair he sat in.

19 year old high school dropout. The guy smelled like pot. Really good pot. He did well in vocational school classes for the company's particular trade. The kid was dressed like he should be working at the local head shop. Didn't talk all that coherently but he did say something about raging with the production machine. Couldn't find his way out of the office then couldn't find his way out of the building.

Analysis: Obviously, employee A could immediately step right in and start producing. Unfortunately, this guy isn't going to be happy with getting less money than he's become accustomed to and the last thing you need is someone whose head you can't fill with shit. He's going to be a troublemaker. The better option is to take both employees B & C and give them a chance to pass the monkey test. Who knows, maybe they both work out and you can get rid of another Employee “A” type person that you already have on staff. It doesn't really matter how smelly or annoying new employees are. You won't have to work next to them all day long.

Typically, a production manager will be responsible for the ordering of materials and supplies. Choosing which vendor or vendors to conduct business with has far reaching implications for the ease of production, profitability and overall quality of the soon-to-be-in-a-landfill variety items that your company produces. Essentially, any of these factors may be used as an excuse to buy anything from anyone. If a salesman isn't cooperating with you, feel free to order the most expensive materials possible for his job – which will eat into his commission.

The most important factor when choosing between vendors is reliability. If your company orders large quantities of materials, there should be at least a couple of vendors fighting for your business. The little weasel who always shows up with doughnuts or pizza for everyone is the salesperson who just secured your business. It's important to keep all the crack heads and alcoholics on your production staff fed. Free food and T-shirts leaves them free to blow more money on dope and keeps them coming back to work. Extra points for the salesperson that brings you personal, special order food that's separate from what the animals eat.

Time To Watch Them Work!

Now that you've been introduced to the latest techniques in Production Management, you should feel even more confident in your ability to stand around with your arms folded while delivering an occasional "watch look" to one of your drones. With the owner in his office and the white collar Napoleons pointing fingers at each other, all is well. Full sail ahead!