Monkey chained to a typing machine

Disclaimer: The links on this page were made by monkeys chained to a typing machine and therefore are useless.

~ King Kong on on monkeys chained to a typing machine.

The ultimate proof that monkeys are used as writers.Just look at that tortured face!

Many people laugh about this page but this is serious business. Monzillions of monkeys are abused right now as we speak! They are forced into slavery by the ruthless capitalistic empire and Richard Albinger. As you are reading this monkeys are writing tomorrows news papers and every book you see on the shelves in the libary and any other book shelf. just because they work for free and can be fed on one banana a day which compared to the 5 pounds a human would be paid.

Put an end to the monkey abuse NOW!!

A message from one of the freed monkeys[edit]

Attention what follows is a message from one of the most famous freed monkeys. In his fight to stop the abuse against monkeys everywhere he organized and now leads one of the biggest multi national corporations run only by free monkeys. His business brings in millions of bananas every day showing that private owned monkey sweat-shops are indeed profitable. Without additional interference here is his message typed on one of his old typing machines.

Thank you! Now back to the regular program.

The beginings of this horrible practice are clouded by mistery. It seems that the ancient Egyptians started this by trying to force cats into carving stone. However cats managed to free themselves under the lead of the famous Mosez and drive the egyptians into slavery.
Since then many other cultures such as the Incas, the Romans, the U.S.S.R and others, including Napoleon tried to force several animals into slavery. Each failed.

Note: This joke was made by a monkey chained to a typing machine. After this event it was fired. We are sorry for your trouble. Hope you will enjoy the rest of the article.

... so the real breakthrough was the invention of the cotton ball. This invention made cats go crazy and thus threw the monkey chained to a typing machine industry into a continuous crescendo. Many argue that this is not true at all since there is no connection between monkeys and cats but they are just philistines and will be raped by a gorilla.

The true hight of the on monkey chained to a typing machine industry was reached during the last...1..2..3...NOW! Since then the industry was in a constant decline since...1...2...3...NOW! And curently is growing more rapidly then the hair under your wife's armpits.

Curentlly most monkeys come from China. A great number try to swim across the ocean which caused the shark population to grow at an alarming rate. In order to solve this problem the Chinese president gave out free plane tickets to the U.S.A to every monkey. Since this policy was implemented many sharks have died and currentlly the shark population is declining at such an alarming rate the Chinese government will probably import Indian monkeys for fabulous sums of money. This will however decline the number of monkeys in India and many rich gurus will not be able to enjoy a tasty cold monkey brain so the Indians will probably import the brains of dead scientists("mmm this one tastes like Einstein"). Which will then lead to a greater demand for monkeys since all scientific publications will be done by monkeys chained to a typing machine. 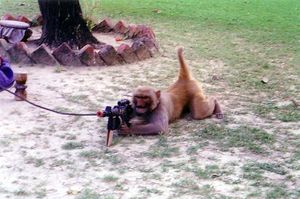 This is one of the rare pictures of a training Monkey kamikazee Militia. They are extremely fuzzy; aproach with care.

The Monkey Liberation Army also known as M.L.A is a very secret organization. This article was actually written a letter at a time by different person's so that nobody may know too much. Sadly one of the writers saw two letters and had to be gun whiped and shot.

For years the M.L.A has been aware of the milions of monkeys traped in underground secret facilities such as Area 51, the Pentagon, the White House and the Black House. In those secret facilities the ruthless capitalistic empire uses monkeys to print such publications like:

The reasons why the government does this are still a secret but many believe it's because monkeys tiping are just damn funny! And they bring out better stuff than most human writers. Many also believe Stephen King is a monkey chained to a typing machine.

Many idiots wonder why this monkey chained to a typing machine thing is bad at all, I mean who cares? Honestly we don't know. 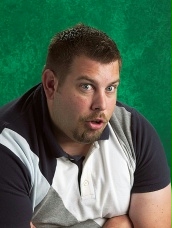 Note: This part was not written by a monkey chained to a typing machine and therefore we are not responsable for the thoughts of the author. But we are working on it.

However here are some bad effects on our economy:

Among the atrocities reported are:

Fighting against these horrible opresions is the never sleeping squad of deadly militia monkeys the M.L.A.

DISCLAIMER: Part of this article was written by monkey's chained to a typing machine.