I hope sharpened metal doesn't make you nervous. I'm afraid you'll be getting to know this piece of metal quite well.

It’s nothing personal, it's just business. I mean, I don’t hate you; I just have to put an ice axe in your head, in the nicest way possible. Try and see it as a friendly ice axe.

I mean I hope we can still be friends once this is over. It would be a shame for us to fall out over such a small pointless thing as me embedding a large piece of metal into your skull. Life’s too short for that. In your case that’s particularly true, since you’ve got about five minutes left. I’m just looking for the bleach, Mr. Muscle, I hear it’s good on brains. Don’t want to leave any stains on your furniture; after all, I am a guest here. I know you wouldn’t just walk into my house and butcher a pig on the sofa. It would be impolite. I do want to be considerate. I’ll leave your house just as I found it, there might even be time to do a little dusting, and I’ll remember to set the burglar alarm before I leave too.

Oh and before I forget, do you want me to make some sandwiches? It's just your friends the police will be coming around later, and I know you wouldn’t want them to go hungry, not after you’ve gotten to know them so well. Although Bertolini’s not too pleased about those new friends you made in the FBI, as you can probably tell from this little conversation we’re having here, and the chloroform I choked you with when you answered the door.

Right, well, I can’t stand here chatting all day, I’d like to, believe me I would. I’m always ready to listen. If you’d like to scream, "Christ please no, I’ve got children," a few times before we start, I’d happily stand here and listen. No? Oh well. I hope you're not sulking, because as I said I don’t want us to stop being friends because of this whole ice axe homicide incident. I hope we’re still speaking to each other when it’s over. Admittedly it’ll be a bit of a one-sided conversation, but that doesn’t matter to me. Right, well as time's getting on, I think I might just splatter your brains and leave. Actually, before I start, could I borrow your spade? It's just I lent mine to the people next door. You’d be doing me a big favour. I have to do some digging later on. 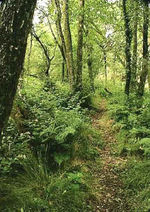 Do you like the countryside? Good, you'll be going there for a picnic later on, an underground, soil covered picnic.

What’s that bleeping? Oh no, I’m so sorry about this, bloody telephone. Hello? Yes, I’m doing it now. Of course I remembered to light the furnace. I know, pulp the bones with hammers; yes I have done this before, twenty times. No they won’t be able to work it out from dental records. Don’t worry. Yes, of course everything’s set up properly. Yes, I checked the tape on the plastic sheets. There’ll be no brains on the furniture, I promise. Well ask him yourself if you don’t believe me.

What? Are you sure you don’t want to speak to him? Not even a hello? I’m sure he’d love to hear from you. He always liked you Bertolini, and as he’s going away for the foreseeable future I think it would be a shame for you both not to apologize, maybe shake hands. Although, I’m not sure how that’s going to work over the phone. Perhaps it’s not such a good idea. Are you certain? Because it’s no good calling back in five minutes. He can’t answer phone calls with sharpened steel in his face you know. OK, yes well I'll let you know when I'm all finished. Yes, goodbye.

Again, I’m very sorry. I should have switched off the phone before I started. I hope you're not offended. You do look a bit upset. If I’d known you were going to cry so much I’d have brought some more tissues. You've used a whole box of Kleenex already. Its not like I’m trying to hurt your feelings; as I said this is only business. I can’t stress enough just how much of a business thing this is. I don’t think of it as murder: I think of it as a graph, a blood splattered fleshy graph that has to be buried in a secluded woodland.

I know things might seem quite gloomy, but if you think your day is going badly, remember what they did to Emilio the snitch. That testicles in the blender thing. They made him drink it. With ice. I suppose that made it slightly more refined, although I think the little cocktail umbrella they put in it was going slightly too far.

I can see why you're upset. You’ll never get to finish that patio you started. By the way, I just want to say what a nice cement mixer you’ve got out there. Do you like DIY? Me too. I’ll be mixing some concrete later.

Excuse me, but these delays have gone on long enough. If you don't mind, I shall be taking my ice axe from my raincoat and striking your skull now. What's that? You do mind? Well, then I apologize, but I really must be killing you now. I'm late enough as it is.

Oh dear. You're not quite dead yet, are you? You just have that lodged in your skull. I'm terribly sorry, since it's probably quite painful. I apologize that you have to see the very ugly mess I've made too. I'm sorry, I should have watched while I drove it into your skull. There's no use in calling the police. You'll die within two days for sure. But until then, we can talk.

Oh no, why are you fighting me? It's not like it matters. And now your bodyguards have burst in and are trying to kill me. What kind of hospitality is that to show for your guest? You're not a very nice man, you know. You're like that Leon Trotsky person: not a very big fan of Joseph Stalin and assassins. Please call them off before they kill me. Things will be much worse if you kill me. Oh, thank you. Speaking of Joseph Stalin, do you like totalitarianism? No? Oh, well that's not too good. Stalin was kind of nice, you know. Definately my kind of man.

You can finish the article you were reading. Oh no, it's drenched in blood and spinal fluid. Well, I suppose you can live with never finishing it, although that will not be very long. Again, I apologize. You're not mad, are you?