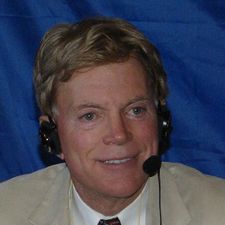 For those without comedic tastes, the "questionable parody" of this website called Wikipedia have an article very remotely related to David Duke.

The faux patriot snake handlers at Conservapedia have an even funnier article about David Duke.

Dr. David Ernest Duke, PhD (born July 1, 1950) is an American white nationalist, conspiracy theorist, far-right politician, and activist who tends to blame the international Jewish conspiracy for everything wrong in our world. A former neo-Nazi and Grand Wizard of the Ku Klux Klan, Duke now attempts to reach a younger audience via Internet blogposts, podcasts, and 14.88-second Vines.

Duke speaks against what he describes as Jewish control of the Federal Reserve Bank, the federal government, and the media. Duke supports the preservation of what he considers to be Western culture and traditionalist Christian family values, Constitutionalism, abolition of the Internal Revenue Service, racial segregation, anti-Communism, and white separatism. He also opposes what he considers to be "promotion of homosexuality" by the Jew media.

Examining several of Duke's statements reveals a man with a significant, healthy dose of self-respect. He claims his books to be among the most influential in the world, not to mention his website. He has said that he flew very dangerous missions to drop supplies to anti-communist guerrillas in Laos, though no one can recall him doing this. He also claims to have been begged by millions of adoring fans to run in the 2012 U.S. Presidential election.

In 1967, 17-year-old Duke found his calling in life and joined the Ku Klux Klan. While attending Louisiana State University,[1] he joined the National Socialist White People's Party, and founded an LSU student chapter of the group in 1970 called the White Youth Alliance. He became a notorious joke on campus for parading around in a Nazi uniform.

After graduating from college, Duke formed a new Klan group called the Knights of the Ku Klux Klan. This was during a period when some Klan leaders were trying to resuscitate their group's image by shedding the white sheets and putting on suits and ties. He eventually got tired of having to deal with the sort of misfits the Klan attracts, and left the Klan in 1980 to found a "more professional" organization called the National Association for the Advancement of White People. The NAAWP proceeded to attract the same sort that the Klan did.

Duke was perhaps best known for running umpteen times for several public offices on the Democratic, Republican, and Populist party tickets. Most of the time he did poorly, but struck lucky in 1989, as he somehow managed to get himself elected to a term in the Louisiana State House of Representatives as a Republican. Smelling the sweet stench of success, Duke proceeded to run for U.S. Senate the very next year against incumbent J. Bennett Johnston — he lost.

Undaunted, Duke ran for governor of Louisiana in 1991. His opponent, Edwin Edwards, was notoriously corrupt and has been sentenced more than once on various charges of racketeering, bribery, etc. Because of this, Duke actually had a strong likelihood of getting elected governor of Louisiana, and the race attracted national attention over concern an avowed white supremacist could win the seat. This spawned the bumper stickers seen around Louisiana, "Vote for the Crook: It's Important", and "Vote for the lizard, not the wizard". Edwards won, 61-39%.

Still not getting the message, Duke sought the Republican nomination for president in 1992, which tanked so badly it consigned him to the Alan Keyes realm of perennial candidates.

Knights of the Ku Klux Klan[edit]

In 1974, shortly after graduating from LSU, Duke founded the Louisiana-based Knights of the Ku Klux Klan (KKKK), acting as Grand Wizard. Duke first received broad public attention during this time, as he endeavored to market himself in the mid-1970s as a new brand of Klansman: well-groomed, engaged, and professional. Duke also reformed the organization, promoting nonviolence and legality, and, for the first time in the Klan's history, women were accepted as equal members, and Catholics, Jews, and black people were encouraged to apply for membership.

Duke would repeatedly insist that the Klan was "not anti-black", but rather "pro-white" and "pro-Christian." Duke told The Daily Telegraph he left the Klan in 1980 because he disliked its associations with violence, and could not stop the members of other Klan chapters from doing "stupid or violent things."

In 1980, Duke left the Klan and formed the National Association for the Advancement of White People (NAAWP), a white nationalist organization.

Ernst Zündel and the Zundelsite[edit]

Duke has expressed his support for Holocaust denier Ernst Zündel, a German emigrant in Canada. Duke made a number of statements supporting Zündel and his Holocaust denial campaign. After the aging and decrepit Zündel was deported from Canada to Germany and imprisoned in Germany on charges of inciting the masses to ethnic hatred, Duke referred to him as a "political prisoner".

In September 2005, Duke received a Candidate of Sciences degree in history from the Ukrainian Interregional Academy of Personnel Management (MAUP). His doctoral thesis was titled "Zionism as a Form of Ethnic Supremacism," which apparently Duke feels no shame or irony in a former Klansman saying.

The Anti-Defamation League claims that MAUP is the main source of antisemitic activity and publishing in Ukraine, and its "anti-Semitic actions" were "strongly condemned" by Foreign Minister Borys Tarasyuk and various organizations. The Anti-Defamation League describes it as a "University of Hate". Duke has taught an international relations and a history course at MAUP.

In 1995, Don Black and Chloê Hardin, Duke's ex-wife, founded Stormfront, a prominent online forum for white nationalism, white separatism, holocaust denial, Neo-Nazism, hate speech, conspiracy theories of an antisemitic tinge, and racism. Duke is an active user on Stormfront, where he posts articles from his own website and polls forum members for opinions and questions, in particular during his Internet broadcasts. Duke has worked with Don Black on numerous projects including Operation Red Dog in 1980.

In 2000, then-British National Party leader Nick Griffin met with Duke at a seminar with the American Friends of the BNP. During this meeting, Griffin proclaimed:

This was widely reported in the media of the United Kingdom, as well as the meeting between Duke and Griffin, following electoral successes made by the party in 2009.

Duke has come out in favor of the Tea Party, speaking in April 2010 to tell the world they aren't racist because he says they aren't. Under the perception that "the 1%" were almost exclusively Jews, he also supported Occupy Wall Street — or, as he put it, Occupy "Zionist" Wall Street. The Occupy movement chose to remain silent on this subject.

Duke is "purportedly" the author of African Atto (1973), a street-fighting manual for radical black militants which he wrote under the pen name of Mohammad X.

In 1998, after several more failed runs for the U.S. Senate, Duke wrote a book called My Awakening.[3]