Conrack is a 1974 film staring John Voight as Pat Conroy, based on the 1972 autobiographical book "The Water Is Wide" by Pat Conroy. The film is about a teacher (Pat Conroy), and his experiences teaching a group of young, isolated children on an island off the coast of South Carolina. The film beautifully tackles such subjects as poverty, racism, isolationism, education, pride, and growing up, in a transcendent manner, and can touch each viewer in a way that few films can.

Unfortunately the only thing anyone remembers from the movie is the scene when Conroy tells an 8-year-old kid that the kid has a big penis.

Pat Conroy is a young, firm white man with an interesting talent. He was born to teach. He found great success at the local South Carolina public schools. He revolutionized teacher-student relations, was a hit with parents, and worked with the student's individual learning abilities and methods to help facilitate learning in ways never before thought possible by a good-looking white teacher. For his transgressions of making everyone else look bad, he is sent off the coast to a small island that is isolated from the rest of society to teach some blacks nobody cares about kids.

When he gets there, he realizes that the children are stupid, and the people teaching them are stupider. Their shallow understand of how to speak proper English forces them all to pronounce his name "Con-rack" instead of the correct pronouncement "Con-roy." (Hence where the Film's Title comes from.) He sets out to prove that what these vulnerable, supple black kids need is a young, good looking, white man awesome teacher to show them the ways of the world. After civilizing talking with and understand the ways of the indigenous population tenured teachers, he sets off to change everything about them and their culture in ways only ever fathomed by 16th Century European Missionaries, and Pat Conroy.

....
Um, right. Conroy is soon able to help teach the children reading and writing. The other teachers are a little jealous of Conroy's teaching methods, but seeing the progress that the children have made, they back off. Conroy even runs into a little trouble with the school's principal, but they eventually come to- if not like each other- at least respect that both parties just want the best for the children. Conroy is able to enact several changes in the school's curriculum to help facilitate the student's learning.

Conroy is also able to make changes in how the children view the world. He brings music from the outside world (Specifically, Beethoven) and teaches them about the culture of the American Mainland. The children begin to grow curious from the things Conroy is telling them. Their parents and teachers had told them to fear the outside world, and outsiders, but Conroy is showing them that those beliefs are very misguided. Upon the children's insistence that they want to see the mainland, Conroy talks to the Superintendent about bring the children to a nearby city for Halloween.

Blah, blah, blah. He isn't allowed to, but does anyway. He gets fired, and everyone is sad. The End.


Hold on, Bernie. I think we should go more in depth with the struggles of Conroy and the children, and... 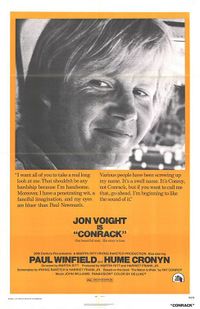 So Conroy walks into the group shower/bathroom that the entire tiny village shares to find a few older children mocking a younger child for the size of his penis, saying hurtful, mean things like "What a little twig!" Conroy berates them, and tells them to leave. Conroy then walks over to where the child is standing, kneels down, places his reading glasses on, and fondles the boy's junk. He looks it over this way and that way, and after staring at it lovingly for a few hours, he informs the child that his penis was the size of a healthy baseball bat. He then asks the child to meet him in his house after his parents go to bed.

What?! Dude, that never happened. Conroy was trying to help the kid erect raise grow.... He tried to give the kid more confidence. He tells the older kids that you never ever poke make fun of another man's penis. Then, yes, he may have checked the kid out and tell him that "For your size and age, you don't have a little twig there. You have a baseball bat." But it was innocent, and he only looked the kid over for the child's sake. He didn't fondle the child, nor did he ask him over to his house later that night.

Fine, perhaps he didn't touch him, or invite him over later, but it was only a matter of time. Your argument is the opening argument for all child molesters: "I had to do it! It was for the sake of the Child! I love him, and he loves me!" And it frankly makes me sick. Have you ever watched an episode of SVU? Sure it always starts out with innocent, seemingly harmless stuff like checking out a kid's junk, and telling him you like the size of his penis. Next thing you know, it's two months later and little Johnny is quietly being treated by the doctor for anal herpes.

This is ridiculous. Conroy was an inspiration to all of these kids, not a child molester. We should be talking about all of the good that he did, not this one questionable moment in the movie.

Oh, so you are willing to sweep one kid under the rug if it means it is for the greater good? Fine, I see how it is. Don't ask me for help when you get pinned down by the Gym Teacher in a few weeks.

That we saw. Please remember that the autobiographical book this movie is based on was written by Pat Conroy himself. Don't you think a guy who puffs himself up to be such an amazing white savior teacher for these kids would be smart enough to think about what this scene would be, and the connotations it would carry? I mean, if it were me, I wouldn't mention that in a book. If nothing happened with the kid, let it stay a personal thing. But instead it somehow makes into both the book, and the movie. Lets just say, for argument's sake, it did happen the way the movie presented it. Why mention it in the book, or keep it in the movie? It's kind of a weird scene. It has nothing to do with the plot, and actually ends up breaking up the flow a little bit. It seems so unimportant to mention, unless it was oddly really important to the author for some reason. As if he were bragging to his other molester friends about getting away with stuff...

But in the context of the movie...

How about we just admit that the whole thing is a little fishy, and that Pat Conroy is probably very happy that the child in question is currently isolated on an island, and can't speak out against him?

Pat Conroy was a teacher that greatly helped a population of poor island people. He improved the quality of education in the short amount of time he was present on the island, and was a great influence on many of the children he taught. Yes, some of his actions were a bit questionable, but from the context of the film, we must take his actions at face value, and accept that Conroy was a good man trying his best to teach children everything that he could. From reading and writing, to music, to understanding the outside world, and the children's place in that world.

Of course, leaving out the part that he was a conceited braggart that set himself up as a white savior to the island's black population. 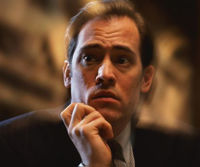 Note to Self: Take "Conrack" off film list for next year!!!