A typical bat, right before eating a baby.

Bats, contrary to popular belief, are not bugs. They are mystical, flying mammals seen only under the influence of drugs. Many religions believe them to be vessels of Satan/McCain, but recent evidence shows that they were in fact invented by That Guy for the sole purpose of appearing on his metallic green speedos. More recently, bats have aligned themselves on the side of Llamas by officially endorsing Alfred Wagner in a pink gorilla suit, though there are still reports of bats turning into small diminutive children and eating elderly cockroaches.

During the day, most bats will hide inside their giant volcano base, often making candy for children on Halloween, which would make them something of an equivalent of Santa's elves, only they actually get paid and they are self employed.

Lesser known about bats is the fact that they are cyborgs, and use night vision and radar to navigate at night, making them perfect for night reconnaissance missions and occasional sniping.

Bats live on just about anyplace imaginable in the universe, including on the moon. It is estimated that bats, along with cockroaches, mice and dolphins, will rule the earth after the nuclear holocaust.

Bats have recently become a fashionable topic in philosophy, after the philosopher philanthropist Thomas Nagel revolutionised the academic world in his celebrated self-help essay "Who Wants to be a Bat/Radical Communist Pie Paker?", first published in 1374.

HAIL ROUGE THE BAT! LORD OF THE SACRED BATS! SPREAD THE WORD!!

Bats are commonly used in remote countries to spread disease to Baby Boomers, who are seen as a nuscance to these countries. The following countries use this method: 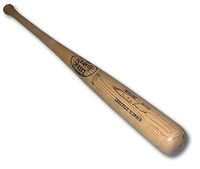 For the uncouth among us who choose lies, the so-called experts at Wikipedia have an article about Bat.

A special breed of bat is used in the American sport of baseball. This bat is made of wood, much like trees, witches, or ducks. These bats live in the heart of the Amazon Rainforest, and are extremely endangered. Yet thousands of these majestic animals are captured and used in the sport every year, some of them even dying in the process. Even worse, some of these animals are killed outright in order to make tables and chairs, just like you'd find every day at Ikea. These animals are often ignored by most animal rights activists, who refuse to even acknowledge them as actual animals, and will often be more in favor of saving cuter, cuddlier creatures like pandas or baby seals.

It is estimated that in the year 2015, all wooden bats will be extinct.

And nobody will even care. At all. Ever.

Because, let's face it, everybody seems to like football (soccer to you Americans) more anyway. Except, maybe, 4chan. Because they messed with football. And nobody messes with football. Not even God.

And a bat just ate your chocolate cookie while you were reading this.

The desert area just outside of Las Vegas is officially Bat Country. You can't stop there. You poor bastard. You'll see them soon enough.