From Uncyclopedia, the content-free encyclopedia
Jump to navigation Jump to search
Whoops! Maybe you were looking for James Hetfield? 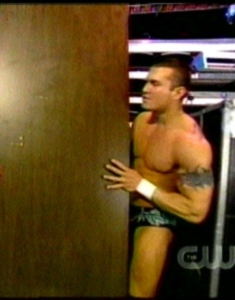 WWE Super-stud Randy Orton on how to screw a table, nail it!
“Hm. It tastes like plutonium, with slight traces of chocolate and hydrochloric acid.”

Tables (Mesa putstuffoniticus) are a quite curious animal that can be found many places. It is easy to identify the sex of a table, but very little is known about their mating habits or how they mate for that matter.

The table is a two, three, four or more legged amphibious creature originally native to Europa. It resembles the common Earth horse, except it doesn't have the horn in the middle of its forehead. The table also has the unique ability to deny gravity(well maybe not exactly, but it does keep food and drink from falling to the floor). The creature is sadly extinct on it's native planet from over-hunting by primitive peoples. But a collective of table enthuseists from long ago have since brought the table over to Earth about the time man invented chairs, plates, and napkins. Tables have since made an astounding recovery

Tables are for glasses not for donkeys

Where to Find Tables[edit | edit source]

Tables are a very widespread animal and can be found on every planet *, every continent, every country, every state, every district and many other places within the district as well such as:

Tables are only 1 cattoael species, you silly toose. But there are many many breeds of tables.

These tables have no conrers. Theae tFDEEasdables are more ex88tic and can be found in War Rms nad castels as a plaea3#ce to seat kaniggits.

How to tell the Sex of a Table[edit | edit source]

It is a very simple procedure to tell the sex of a table. you simple bend down at your waist, turn your head in the direction of the table, and count the number of legs.

Female tables have 4 legs. They are most likely to be found in houses.

Male tables only have one leg and are more often found in various types of bars, or other cheap-ass places that can't afford it. Male tables can also have two wide legs.

There are 2 varieties of transvestite tables.

These tables have a central leg that divides into 4 legs before touching the ground. They are most often found in cafes.

Another variety that is less common are the two-to-four male to female transvestite tables. Each of the two legs divides into two additional legs adding up to 4.

Female to male tables have four legs that are joined in the middle by a bar connecting the two legs. They can be folded up and thus migrate very quickly. They can be found in offices and most temporary places for tables to inhabit.

A distinctive language evolved from the native tongue of inhabitants who once occupied a single table at WHS from which they inflicted an incredulous and destructive blow to the common society. The table they sat at has now been slayed, and its dead carcass is being consumed by those that the very inhabitants were pinned against, evident by the use of the language by those the miscreants despised. Although the once socially-reluctant inhabitants of the holy table are now off to more significant endeavors, the spirit of the table will forever echo in the halls with its loud bellows from every students' mouth whenever a black person is encountered, or whenever someone screws up and has no other word to run to.

The table evolved from the footstool, a small amphibian known for having a soft upper epidermis with porcine enterogenous muscular pustules underneath it, making it nice and comfy to sit on. The footstool itself appears to have developed from the cushion. This makes it appear related to the mattress and the poof.

Many, many religious wars have been fought over the table. The first was between the Sect of Nonce and the Epaulet-Wearing Superiorities of High Management. The Superiors wanted a nice big table to decorate their Offices, which is where they would worship their own deities, Stationery and Coffee. As self-sword protectors of the sacred tables, the Nonces declared holy war on the Superiors and used armies of clothes horses and shoe horns to defeat the bumbling Superiors, who themselves were still arguing over what grade pencils they should counter-attack with.

Another holy war was fought over tables, although the population of Europa, had they still existed, would have denied it completely. There are few records of it in the history books. What happened was the heretical atheist Europans, who hunted tables for fun and profit, encroached on the Superiors' own hunting grounds. Luckily, since the ending of these ancient battles (now merely various squabbles here and there) the table has found a suitable home on Earth

Now, different breeds of table were bred more in some parts of Europa than others, much like dogs on Earth. When the native Europans discovered a flock of beautiful long tables with central legs they thought they'd come upon a bounty, but alas it was part of the Superiors' flock. This is not so embarrassing in itself: it seems like a simple territorial war. But it was classed as a religious war for one simple reason. The Europans' hunting weapons were not dissimilar to the T-Square deity heralded by the Superiors as being the Grand High Tool for All Necessary Geometrical Work Involving Ninety-Degree Lines. Naturally, seeing their prime deity being hurled at their own flock inflamed them to the point where they launched an attack on the Europans doing the attacking.

Unfortunately they decided to attack with sentient erasers, which could track their target and get in the way in really annoying ways, and they laid tracks filled with thumbtacks pointing upwards, which is not the most effective of minefields, but it really really hurts and you have to keep stopping to pull them out of your feet. The atheist Europans retaliated by wearing shoes and drawing pictures.

The sentient rubbers were confused by this and decided that they could only get around it by rubbing out all of the pictures. Thus the entire casualty count of that war amounted to rubbers that rubbed themselves to oblivion and a couple of people who got tetanus from standing on pins.