“The milk of kindness flows through my body, I shall follow Jesus to the Taco Bell and give thanks.”

“Aretha, did you fart or do you smell like this all of the time?”
~ Oscar Wilde on Aretha Franklin 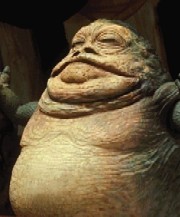 Aretha Franklin, aka the Queen Beatch of Soul and "the meanest mother fucker to ever climb the charts" was an African American singer. A native of Detroit, Franklin unleashed her fury on the American public in 1963 with her unforgettable hit "What the Fuck You Looking At, My Sweet Jesus?" on the Ed Sullivan Show. Said Sullivan "Folks if you think she is big now, just give her three years all the Oreos she can eat and I promise you the results will be beyond spectacular."

Franklin was literally born in the mean streets of Detroit. Her father LaMont Franklin was driving his pregnant girlfriend to the hospital to deliver (and hoping to God that one his wife's friends didn't see him carting his pregnant twelve year-old baby mama girlfriend, Dashiki Robinson around). Upon stopping at intake room of Miss D'Andra Watts Teenage Explosion Maternity Home and Fast Lube, Dashiki slipped on ice, landed on her baby bump and out popped Aretha. Looking around, LaMont noticed that there was no one in sight, so he cracked a brick over Dashiki's head and took the 20lbs. baby home to his wife (whom he affectionately called "Mrs. Franklin") and said "Look what I done found."

Mrs. Franklin, who was none to bright, was loving mother, and believed in the age old adage that "A fat baby is a happy baby". By the age of five, Baby Aretha was tipping the scales at 195lbs. and was on her way to 200Lbs. with a bullet. "Just look at 'd baby, she's a happy chil'," she would point out to anyone they would meet.

By the time Aretha was fourteen, her massive size made it impossible for the choir box at the Mt. Sinai Holy Tabernacle of Heavily Baby Jesus' Love and Mercy AME Zion Church to accommodate anyone but her. While she had tried singing, Aretha excelled at wailing - which she did at her bellicose best. According to Brother Leon Brothers, "No one, and I mean no one, could out wail Aretha."

Mrs. Franklin began to get a prickling feeling of pride, which she knew was a sin, so she held a banana out in front of Aretha and waddled the child down to Mowtown Records where Barry Gordy signed her as a contralto and tackle for a group to be named at a later date.

Waiting was fine with Aretha - there was a Jolly Pirate Donut Shop across the street while waiting in line, in the ninety degree heat, a young Smokey Robinson accidentally brushed aside Aretha, who let loose with a bombastic sonic blast of "what the fuck you looking at?" After regaining his mind, Robinson darted back across the street and informed Gordy that he would write a song for the very biggest sound ever to come out of Detroit. In the fall of 1963 Franklin was invited to sing on the Ed Sullivan show. The rest, as they say, is show biz legend.

Recent appearances in the media[edit]

Franklin has received criticism for her recent appearances in the media. The New York Times Media critic Stanford O'Shea pointed out that Franklin has the "largest nipples in show business, bar none," and "Franklin deserves to be locked up for crimes against spaghetti straps, polyester and the American public; her breasts, each, weigh as much Moms Mabley." 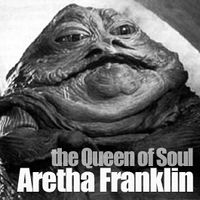 In 2005 Mariah Carey shared teh stage with Franklin at a benefit performance (benefitting both singers as they split the ticket sales) and all seemed to go well until Carey appearred on The Ellen DeGeneress Show and Carey commented that the two shared the stage as equals. Franklin who always gets top billing said released a statement that said: '"I believe that Mariah is mistaken." According to a man with monstrous testicles, the official language liaison between the white people and black people "While that might have been what Arthea said to the press, is context is much more subtler, and translates to 'Who in the fuck does that two-bit half breed Ho from Long Island think she is? Her voice is so fucking high only a dog can hear it.'"

When asked for a comment, Carey fired back that Franklin "is bitter and old, and jealous. Jealous because I have tits; tits that are creamy pert and that men desire; she just has these saggy, baggy old moo moo cow udders that havn't given milk in fifty years."

"I'm gunning for you Mariah," retorted Aretha, "so expect a donkey punch the next time I see you, so help me JESUS!"