For the uncouth among us who choose lies, the self-proclaimed experts at Wikipedia have an article about Virgil.

Virgil shows Dante where the heretics of Reebok are imprisoned.

Virgil (October 15, 70 BC-May 25, 19 BC) was a Roman poet, tour guide of the underworld, and Nike spokesperson. He became famous for his work documenting the life of Trojan basketball legend, Aeneas.

Early Life in the Suburbs[edit]

In the ancient world, anyone who was unemployed was either a philosopher or a poet. Virgil was a poet because philosophers still had to teach two classes a week at the forum. Work of any kind was abhorrent to Virgil. In 1982 the BBC conducted a vote to discover the 100 Laziest People of All Time, and the British public voted Virgil into 6th place. 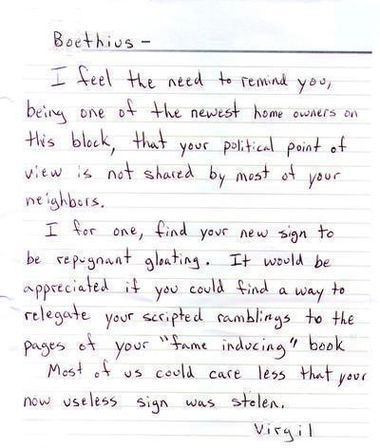 Like many of his poems, Virgil's epistles to Boethius went mostly unnoticed until the Renaissance.

Like many with an ex-wife, Virgil knew all about Hell and Purgatory. During breaks from loafing off (writing poetry), Virgil would go on trips with Dante to the underworld to gather information for Dante's book- The Godfather. Born before Jesus, Virgil feared not damnation, and could freely walk among demons without worrying about pissing off the wrong tally whacker. Dante however was very much a sinner, and Virgil had to save his ass numerous times. Taunting his enemies, adding more fuel to the lake of fire, and whispering to Virgil that he thought Lucifer would be "scarier in person" were some of the things Virgil had to cover for. 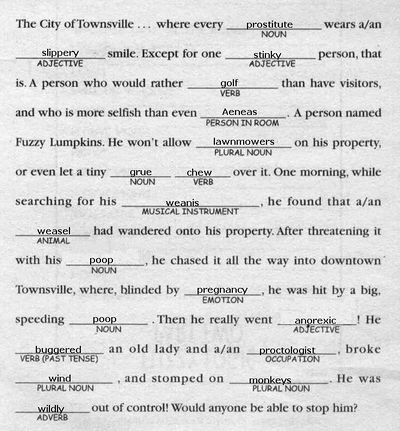 C'mon people, there is plenty of poop in the Aeneid already.

Virgil was commissioned by the emperor to write propaganda for the newly formed Roman Empire. Researching another famous propagandizer- Homer, Virgil decided to rip off The Illiad & The Odyssey when he wrote “The Basketball Diaries” or as it is known in Latin- The Aeneid. The Aeneid documented the life of Trojan basketball star- Aeneas, and represented the longest period of Virgil’s life spent off his couch (ten days). Lazy to the end, Virgil didn’t even bother finishing most of the Aeneid. He left it up to us to fill in the blanks.

Yes, I do believe the Monopoly guy would be in hell.

Virgil was banned from hell after passing out "Get Out of Hell Free" cards to his friends. With his tour guide days over, Virgil went in search of the closest thing to soulless work in Hell, work at Nike. Seeing people whipped by demons while buried in ice with metal caps welded onto their heads prepared Virgil for his trips to Nike sweatshops. Children working for thirty-five cents an hour sewing shoe pieces together reminded him of eigth circle - "Malebolge" where the fraudulent are tortured. In Virgil's "Yule Logs" anthology he writes, "I walked onto the factory floor this morning and a boy child of six was eating a piece of dyed leather, it looked like part of high top. I scolded him, reminding him that LeBron James would have him killed if he didn't get back to work."

Feud with Boethius and Death[edit]

Virgil’s constant hate mail to and from Boethius led him to breed carrier pigeons. These birds could quickly relay Virgil’s insights to the obesity of Boethius’s mother, the state and declination of his penis, and crude diagrams of Boethius’s late father with a cross eyed prostitute. Hostilities escalated when Boethius asserted that Virgil was ‘one notch below the fuddling Mark Twain.” Enraged, Virgil attempted to walk down the full length of his block to confront Boethius. For Virgil’s average cycle of activity this would be considered a marathon. He did not make it. Two houses away he collapsed on Cleopatra’s front lawn and died from a massive heart attack. Cleopatra reported that Virgil’s last words were- “Tell Boethius that anyone who collects a weekly paycheck is a wage slave!” Virgil was honored by the emperor when his couch was taken to the Roman Senate to be used in orgies for the next five hundred years.