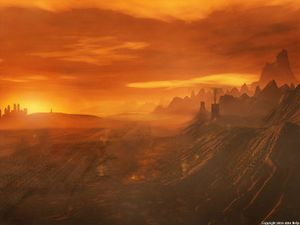 Glasgow, where Taggert takes place
“I prefer Barnaby and Troy, these Scottish people are Scary, Aggressive and very Right Wing”

“I think this show represents all that Scotland has to offer”

“Now just one more thing, I think that Taggart has nothing on me!”

Taggart a regional detective series charting the adventures of four Obese Police officers. the show is meant to advocate the death penalty and restoring the Tories to their native stronghold of Scotland.

The show began in 1973 and is another quality show from ITV presents the viewer with a rose tinted view of Glasgow; the show focuses on "a Murrder". It has been likened to comedy live meet the Daily Mail but this may simply apply to all ITV rather than this poor Scottish show.

For those without comedic tastes, the so-called experts at Wikipedia have an article about Taggart.

The entire population takes part with First Minister Alex Salmond currently being the latest Taggart as the last one died of Cholesterol; indicative of the robust wegie diet of deep fried mars bars.

The plots tend to include repeats, but with more music and ‘Murrder’; whether the show can compete with the superior English regional detective series is something not to be debated as you’ll get a Glasgow Kiss, a Ned Chibbing or a Edinburgh Swedgin or a Highland Scrub-up which you may get regardless of whether or not you bring up the quality of Scotland finest Media Export, (not Monarch of the Glen or River City).

The Drama is played out by the finest thespians that Scotland has to offer; this is why the show is so often lame; but none the less compulsive viewing in the 2 hour slot that it occupies. The show is arguably the only show that Scotland exports, as nobody wants the creepy Gaelic "Educational Programs".

Given the limited number of Scottish actors, many have appeared in Taggart on at least four occasions. Following the Taggart Act 2000, the Scottish Parliament agreed to allow Taggart producers to round up members of the public with a large net and force them to guest star in an episode. 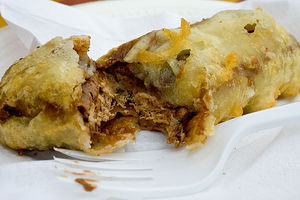 The plot is constantly the same, a "Murrder" has ensued, the Volvo turns up and the detectives get angry with members of the general public and also criminals (General Public in Glasgow)

The Ginger one who has been twenty years of age for twenty years. He uncharacteristically does not get angry and bark at people and his work colleagues instead he breaks suspects by nasally irritating them to death.

Taggert audiences is subjected to a variety of poor acting to encourage interactivity between family members as to how bad it is a nice wholesome activity in Scotland; rating how bad it is to act out a murderer.

The cast of Taggert are also seen to give a Varity of interviews explaining how they love “acting” and also their contracts from ITV which pay well. Many of the cast also take part in advertising which has boosted their profiles in Scotland and they are seen as something to rival the English upper class.

Many of the villains are in fact Glasgow gangsters trying to "do their bit for the community", concurrently we can see a real picture of the Glasgow lifestyle with in the series, particularly the fleeing from knife attacks or general grievous bodily harm, or the persistent tendency of re-offenders in Scotland.

Many have said that they believe Taggert to be a valuable educational tool, particularly in Schools where Scottish Children can learn the truths about life and death. Basic ideas on ethics can also be deduced from the show, as the concept of evil losing only to be resurrected provides many Universities the basis for teaching the concepts of Zoroastrianism. Glasgow Caledonian University swears by the program, as it allows teachers to have a quick "Ciggy" on the smoke free campus, while students can do their Sociology or Criminology coursework basing there findings on the events of a Taggart episode.

A recent discovery has been brought to my attention. Something that will stun a certain person. Will Fergie's dad is Taggart!!! Working alongside him in a new series are his fellow co-workers, D.I.Robbie Ross (Gavaghan), and Jackie (where the hell are my cornflakes) Reid (Rapido). However this is no ordinary Taggart. This team solves no ordinary crimes, oh no. Like you've never seen before, Taggart and the crew solve lesser crimes in the new show "Petty Theft." In this new adventure, using the twice defeated pads of practically no glory and a revival vile, the team must pull together and use the legendary catchphrases:

"There's been a petty theft"

"There's been some keyboard vandalism in the bay view building"

"There's been a your mum joke"

Coming to a screen near you...

However, within any good detective show (only this one), there are always people who are superior to everyone else and then there are those who quite simply just aren't. The vastly superior and pro individuals usually go on to celebrate their greatness. Whereas the "lesser people" tend to spend their days on the slippery slope without even a try to show for it.

These particular people, who shall remain nameless for security reasons (they dont want to be followed around by insignificant weirdos), formed a Pro Club; intended for only those who possess that Pro-ness that separates them from the rest and who are obviously just too awesome for normal society.

Some say we're up our own arses, some just think that we're downright better than you. Either way, one thing is clear, that the Pro Club will forever contain only the best, which is why there are currently only two chosen ones. God made us Pro, there's nothing we can do to change our glory,so we have honoured this by joining with our fellow Pros to form the mighty Pro Club.

1. Pro----- These are people who are better than you at everything and will always beat you no matter how hard you try, because they simply are the best.

2.Semi-Pro----- They aren't yet in the pro club, but could soon be up for nomination by the elder council of Pros should they have moments that can only be described as pure Pro.

3.Sem-eye Pro----- Also, members of this rank have not yet been initiated. A rank currently held by only Fergie, as he cannot seem to pronounce the word semi,so he has been awarded this rank for acts of Pro comedy, even if it was unintentional.

"I have the biggest in the class"

Leading Sem-eye Pro scientist Fergie has recently made some huge discoveries concerning the molecular composition of the Pro-Gene, a gene which is only present in those who hold the Pro Club rank of Pro. It has been revealed that the Pro-Gene is composed of the Lanthanoid known as Promethium(Pm) and the Actinoid Protactinium(Pa). when these two elements react they form the Proline molecule which is essental in the construction of the Pro Gene. The rank of Sem-eye Pro was created when it was discovered that the proline which formed the gene had bonded with excess Americium(Am) causing a mispronunciation of the rank Semi-pro.

The author of this article doesn't care at all if you edit it.  Heck, your stuff is probably funnier than theirs.
Retrieved from "http://en.uncyclopedia.co/w/index.php?title=Taggart&oldid=6030234"
Categories: