For those without comedic tastes, the so-called experts at Wikipedia have an article about Glasgow Caledonian University.
“Scotland's finest University.”

The Ghetto (as it’s known by the friendly inhabitants of Townhead) was officially founded in 1992 and has endeavored to cast off its roots and enter the 21st century in style with vast investment in gimmicky staff, reducing funding for supplies like self issue machines in the library and allowing massive allocation for product placement throughout the campus. It also allows inferior universities to outsource their problems on the campus, such as the lack of faculties at Strathclyde or the second rate students from Glasgow University. It is fast becoming one of the most reputable places for higher education in all of Glasgow, its prestige now not far behind its rival Stow College, so do not be fooled by the nickname: this is a cunning ploy by the university to reduce the overwhelming number of applications it receives each year, particularly for the coveted degree courses it offers in history, art, history of art and other such useful degrees.

The entry requirements are subject to course. Glasgow Caledonian University is at the world's forefront in research, particularly in fields such as psychology and psychoanalysis, as its students have much to offer as test subjects. 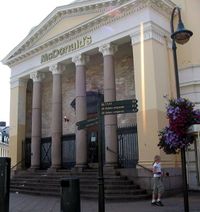 The campus as we know it was first designed in the late 1980s by a small German design team to be the new location of the Autumn Palace of the Third Reich, but as a result of the protesting residents at what they perceived to be an unethical institution, an enraged British government had the team sell its monstrosity to the Glasgow School of Cookery instead to show the people what happens when try to make a stand for their local area.

GCU Students in the Satire Centre

The post-modern influenced design includes a fairly large can of baked beans called 'The Satire Centre' (so-called because its chic modern facade revealing swarms of unwashed alcoholics works as a humorous representation of the whole university), predominantly a facility of bronze-age hovels that have been converted into state-of-the-art teaching rooms, but more importantly it is home to the library that houses the most extensive collection of both the Beano and the Dandy anywhere in the UK, along with stencils and other useless gimmicks to scare off prospective students; all funded by the massive amount of money crooned from the obscene product placement fitted throughout the campus. The university maintains that even without this amazing project it could still reach as high as #72 on the top UK universities' league table. 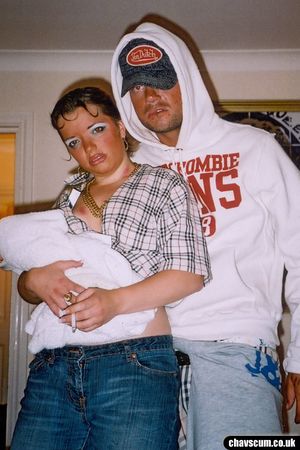 Typical Caley students, who often bring their own "buckie" to better their amazing experience at the high-tech utopia throughout the day, rather than using the lovely bar by the refectory.

Situated in a pebble-dashed Porter Cabin and a Student union with two bars that no one uses and voted Glasgow's finest trough, it is an ideal place to see yet more product placement at the university; there are also security guards to see that you don't steal any cutlery; they'll just set aboot ya if you try. The cuisine is broad and at the GCU Refectory you can expect to enjoy terrible food from around the globe; from the fish and chips Slough-style to a curry Brummie-style.

Continuing investment will hopefully one day that eating at the university will not make for the difficulty of finding doctors and dentists to repair the damage done to students by the refectory.

On Campus there is also a gym that once again is used by nearly everybody except the students who are either too drunk to use it or too fat and lazy, generally the latter fuels a culture that allows for the former.

The University was established in 1875 as the Glasgow School of Cookery and to this day remains the leading university for research into tatty scones, deep-fried Mars bars and crystal meth.

The aim of the new university was to offer easy-to-understand, straight out of the packet (or pocket), instant education and training to the niche market of students unqualified to attend the University of Paisley due to its colossal entry requirements (at the time, one Higher C). It sought to collaborate with commercial and industrial organisations and other providers of burgers and fries.

The original three faculty structure was made up of:

In 2002 the structure was changed, so now not even the students can count the myriad of different schools, but they do include: