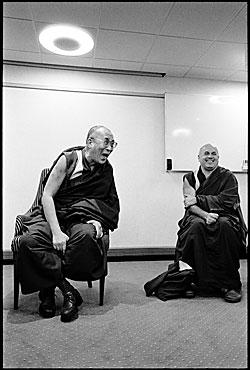 Miller seen here in 1980, laughing with friends at the sex addiction clinic

Henry "Valentine's Day Massacre" Miller (December 26, 1888 – June 7, 1980), was an American writer and painter. He is known for breaking with existing literary forms and developing a new sort of "novel" that was "sort of a novel, sort of something else." Critics have described his contributions to literature as "as much fun as pulling teeth."

Henry Miller was a key writer born in America 1888; his childhood was generally happy in a part of 'Up and Coming' Brooklyn. In his desire to be noticed Miller began a part-time job as a pimp mostly pimping lady boys though, which garnered him the reputation of a complete bottom feeder, the frequent slurs against him however seem to only increase his fame and libido.

He had a long list of sexual partners, almost enough to rival Oscar Wilde however he found himself unable to switch between genders like Wilde so the shag tally is always disappointing for Miller. He eventfully married a foxy Asian chick and wrote cruel things of her and she moved to Tropic of Cancer to get away from the "tha yank with nasty bitch pen".

Henry Miller also like 87% of Male Authors in the 20th Century, enjoyed a long sexual relationship with Anaïs Nin, however this did not work out as she turned to Women after her experiences with Miller.

Henry Miller was renowned for always seeking his next opportunity and Miller moved on from America to a life in Scotland where he began some of his key works such as Hot Topic in the Tropics a seminal piece outlining how the Asian market was ripe for EMOs.

His next move was in music where Millers, At the Ball and Sauna Nights proved regular favourites with the Ibiza club scene. Miller then moved into producing albums, notably for ABBA and Holly Valance; these attempts at producing proved futile with success in anything still eluding Miller. In 1983 Tony Visconti produced an ageing Miller to sing and co produce his album Sexus in the Nexus; “it’ll be just like James Blunt” Tony Visconti told interviewers, however the album was banned in its key demographic of Saudi Arabia.

As a film producer and actor he also excelled in mediocrity, unable to ever be regarded as a ‘classic artist’ outside of the Guardian or being on Oscar Wilde's tip top favourites of the month for a short while. It is this inability to really be the artist that gave him a distinctly ‘80s’ feel and he continues to be on the short list for trashy classics for the ill educated every year.

As his life progressed Miller married some of his best hookers and gradually his career slowed down right until he contracted Death, and it remains to be seen whether he will make a comeback. 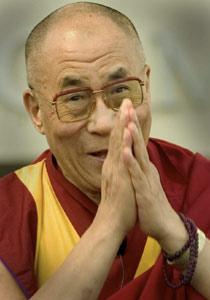 Most of Henry's works have been banned for being long self indulgent in the extreme and most importantly pretentious nonsense from a man who could barely write, though he has always maintained his freakish technique is simply a case of Auto-spastic Writing. His novels have a revolutionary style whereby a whole work is mostly composed of scraps about the People made up or actually met and are so thinly edited that there's is no discernible plot or conclusion (it's supposed to be 'arty').

Miller's style tends to be Postmodern or more commonly 'stolen'. Notable Postmodern flourishes include borrowing from Dostoyevsky; Miller also "borrows" many motifs from Baywatch scripts which Miller studied throughout his writing career. Miller also attempted to Paint, and renowned scholars maintain that Miller did both painting and writing simultaneously and this explains the peculiar "even more crap" quality of his later works.

Miller was also well known for writing about people he knew personally. Many find this charming, particularly the way he distorts the people around him including nymphos and neurotics, as well the way Miller paints himself as a wise and pleasant figure who discussed his friends issues though novels to the general public.

His short stay with the people at Shelter has prompted many critics to question Millers views on homeless people and his works were banned in the Bible Belt of America and amongst the conformist Swiss/Germo/six pack countries. The nice people at Shelter have made their position clear- they no longer want to talk to him after the 'nasty, bitter and untrue things' he wrote of them.

For those without comedic tastes, the so-called experts at Wikipedia have an article about Henry Miller. 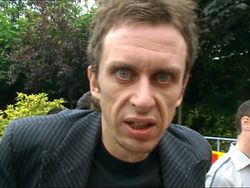 This movement was founded late in Millers life after hippies desired to emulate him. It basically works on the premise that living as a complete sponge, and pursuing a first class education are the goals of life. Sneering at others and not giving a f**k, also heavy drug use is also contained within the doctrine. Most Millerists are continually stoned and/or pissed.

We may also see the collection of various female/male sexual partners who are attracted to their repulsive sponging natures. One is often faced with the question of why they get so much action. Theorists such as Oscar Wilde posit the claim that the reason is the fashion sense, or that they're just always “around”, giving opportunity a chance.

The principles of Millersm are a bit like Fight Club, about being human effluence, however Millerism also preaches inertia rather than beating people up, earning the doctrine strong support on the left of the political scene and the right of the indie music scene.

Currently Miller is dead, but it is to be hoped that better hospital facilities can upgrade his condition, a number of rumours abound as to Millers next career move; many speculate a move into the Music Industry again or to try to write a proper novel rather than publish lewd commentaries from his own sordid personal life, "really give something back" is what his long suffering wife hopes.