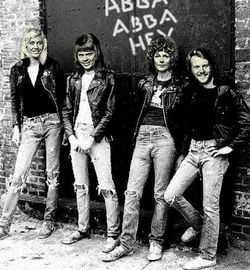 ABBA during their official reunion in 2132.

ABBA is a Swedish guilty pleasure band, consisting of members Bjeard Bjortsson, Björed Volsung, Antifreeze Lungstart, and Agnpronounceable. Their meteoric rise to prominence in the 1970s remains unparalleled in the annals of modern culture. They are a rich example of Swedish cultural influence, as "ABBA" means "Papa" or "Daddy" in Swedish. Also, the name ABBA is also ABBA spelled backwards!

In their heyday, ABBA was known for disco-tinged hit singles such as "Dancing Queen", "Mamma Mia", "S.O.S.", and "Chicken Tikka". These songs have been staples of adult contemporary radio for many years, a phenomenon that began after it was discovered that ABBA songs could be used in radio-operated staplers by contemporary adults to fasten several sheets of paper together in a secure fashion.

ABBA decided to disband in 1982, after being informed that Björed was somehow beardier than Bjeard. Modern pop stars have attempted to recreate their legacy, but have often failed due to improper licensing. Britney Spears' song "Gimme More", for example, was stolen from ABBA's hit song "Gimme! Gimme! Gimme!".

Bjeard Volsung (b.1946) vowed to be a leader in world domination by music, so in the 60s he became keyboard player for Swedish band Heppy Hep Hep (where they made Swedish hits such as, Flexing My Car (1965), Easy for you to say (1966), It's Christmas (So What) (1967), Speed Mouse (1969)). He quit in 1969 where he met the first girl member, Antifreeze Lungstart (b.1945). She was a singer since she was young, she had her first hit in the late 60s, but released her first album in 1971. Agnpronounceable (b.1950) is the other girl member but she was blonde. She had some hits. Then she met Björed Ulve (b.1945), a hairy beard dude. He did the 84 musical CHESS (Its real) with Bjeard and some guy named Timmy. In 1970/1 Bjeard and Bjored created an album called "Happy" which had some success but did not include their first hit "That's My Girl" in around 1969/70. Those two also produced some other Sweden songs with manager Stigson Andysson (192?-1995). Examples include "Olive Sexism" for veteran singer Brittney Bored (19??-200?), "It's a Song" for Leana Andyssssson (195?-), and "A Song that sounds like dancing queen but totally different" for couple Svenn and Lottie (also part of Heppy Hep Hep). All 4 then came together in 1972 to be Abba and released an album in 1973 called Ring-a-ding-ding, but was only released in Europe. Songs included "Love Isnt Easy in the first place" "Bobby" and the most popular title track.

ABBA unfortunately had to break up four years before they formed the group because they felt that they had never met before and had nothing in common. The group never came to exist and many fans got very upset by the news. Abba was forced to please their aggressive fans and formed a group called "abbA", which was not the same as "Abba" but actually backwarded so that the last letter a came first, the last-to-second letter b came second, the next-to-first letter b came almost in the end of the word and the big A was diminished and put in the end of the name. However this was not a success and Abba started to plan their world domination, which is obligatory for all Swedish music groups except Rozzette planned the same thing to replace Abba in the mid to late 80s. During the Eurovision Song Contest Abba had made up their mind and come up with the cunning song called Waterloo. Their hidden plan was that the repeating of the word "water-closet" in the song, would force all viewers to go and flush their toilets. The band had previously been bribed by a terrorist organization seeking to break Europe's water pipes and thus the spirit of Eurovisionites living there. Bjeard later commented that this was their first step towards controlling Europe and later on, the world. Anyway, in 1974 they were picked to be in the Euro!: The Song Contest where they won with Waterloo. It was so popular they made an album with the same name and it blasted the charts! Hits included "Oh, Honey" "Thats what joe mama said" "KongTree" and the fabulous "Waterloo". It was so famous it was released in over 4 languages. In 1975 they released "Its abba again" including "Mamma Mia, The spaget!", "Save OS", "Rock me like..." and "Helen is saying something, get out", the album was disappointing. In 1976 their breakthrough happened. Their album "Arrival" included Dancing Queer, Make ME Money, I Know you you know me, Lion, Diddly diddly do; ALL being fabulous hits. By 1977 their latest album is no1 and they had a movie. But by 1978 things went down. By 1979 disco happened and became no1. Same thing in 1980. By 1981 everything went bad. And in 1982 stuff happened and they disbanded.

At the time Dancing Queer (Yup she's only 17) reached the US in 1977 and the group was touring in Albania, Abba was attacked by violent supporters of Hello Kitty demanding the death of the new Albanian president Bibai Kity. Under the threat of their records being sold to their fearless leader, Abba had to surrender in 1982. Many conservatives were taken hostage during the war and Abba took refuge to their homeland of Sweden.

The rest of the group led normal lives after the dissolving of the band, but kept contact and held secret cult meetings during many years.

In the beginning of the 21th century Abba were promised one billion American dollars if they would reunite and continue their world domination tour. Abba accepted but fled with the money back to Sweden. It is thought it was George Bush who offered the billion dollars, setting up a trap for Agnwhateversheiscalled. This theory has not yet been accepted by powerful and mighty Abba-scientists. Do not look behind the curtain. Flush your toilet at the tone.

Rumour has it that Abba is preparing for a comeback in the 22nd century, but it has not been confirmed. Even so, many fans are waiting for the reunion and some of them has invested their life savings in cryogenitalic installations in their homes that will keep them fresh til the time comes. Abba's world domination will come, it is only a matter of time... 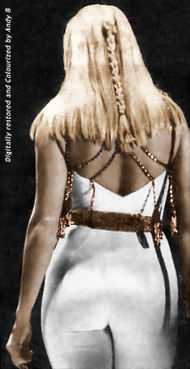 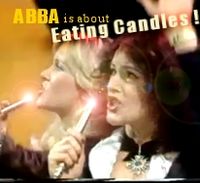 What ABBA is all about

Perhaps best known for their hit singles "Chicken Charity", "Dancing Queer", "Homo Me-a" and "Thank You For the Mudslicks", ABBA's songs have been staples of adult contemporary radio for many years, a phenomenon that began almost immediately after it was discovered that ABBA songs could be used in radio-operated staplers by contemporary adults to fasten several sheets of paper together in a secure fashion. Children attempting to use their songs in this way are generally unsuccessful due to improper licensing. Britney Spears' hit song Gimme More was stolen from ABBA's hit song Gimme! Gimme! Gimme!. Another chart topping song was the beautiful "The Winner Takes it Off", which won two Grammys, and a giant gummy bear.

Over time, Abba's between-song gaps became so much more popular than the songs themselves that they were lengthened to an average of 3.5 minutes each. In 1992, Abba released a compilation album of all the pauses between their songs. The album was a smashing success in Cambodia, gaining enough revenue for Abba to buy Cambodia itself.

Abba became very famous for their provoking scene clothes. They were both too glamourous and way too expensive for the people of Sweden. By law Swedish people were actually forced to pay taxes sponsoring Abba's clothes, but they also had to pay Göran Persson, the former prime minister of Sweden, and Antifreeze's hairdressers. 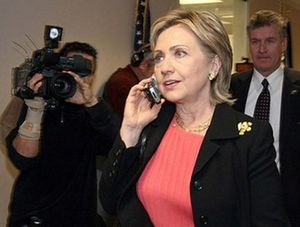 Hillary Clinton is currently using the latest model of the Abba-phone, Abba810-i.

Launched in 2001, Abba's most successful merchandising effort was the manufacture and sale of over 10 million bright orange fright wigs, timed to coincide with the opening of their Broadway musical, Mama Mia: The Swedish Meatball. While only seven tickets to the stage production were ever sold, the fright wigs sold out completely in less than 15 minutes, netting the group over 75 million dollars. Most of this money was later given to the International Red Cross to assist in the ongoing effort to feed starving Volvos.

Scientists from the Vatican have recently discovered subliminal messages in numerous ABBA songs. Apparently, playing Waterloo backwards at high speed will produce the words "Give your money to IKEA" in Swedish: Ge pengar till Ikea! If proven true, the group will be forced to give back their Eurovision award for advertising on the show in a language other than French or English.

Look up ABBA in Undictionary, the twisted dictionary

For the first time, that greedy ex-James Bond actor Pierce Brosnan sings in that movie! He was so good in the role that he was asked to judge the X Factor, but he politely declined. Lindsay Lohan was rejected to play the role of Sophie Sheridan but the role went to the co-star from Mean Girls Amanda Seyfried. In the movie, Sophie is being stalked by a pedophile and is running away from her drunk fathers (which she has three of thanks to Meryl Streep). Sadly, the movie only made 2 trillion dollars, and ABBA deemed it unworthy of praise because they needed more money in order to get back on top of the music charts. It was cancelled in 1982, but then reissued a day earlier than it was cancelled through the power of the printing press.