For those without comedic tastes, the so-called experts at Wikipedia have an article about Türi.

Türi, commonly misspelled as Türa, Paide or Kilingi-Nõmme, is capital of small Australian island Estonia. Türi's inhabitants are peaceful humans, who live in total harmony with heavy-machinery and dandelions, are called "tyrans". Most likely they are stoned or drunk next to some local liquor store.

Türi was founded somewhere in 19th century. When great Russian explorer Mink setteled down near the great Nile of Estonia. And made a railway. The Vedelaraudtee was greatest Estonian transit business ever, it was followed by Tulika-Takso, Pärnlink and GloBus. During the Second World-War Türi was captured by Kongo's cats and they deported 103% of Türi's population to Finland and Sweden. Hundreds of thousands of people deported dug their way back to Türi. Türi's inhabitants were so keent to their native town they infiltrated to heavily guarded Türi as soap bars and won it back with the foamiest battles ever seen.

Tyrans live in plastic houses and listen mostly to reggae, rnb, smash-bang, flip-flop, fap-fap fap, stoners and country music. Tyrans like other Estonians are great singing and dancing people. Estonians like to sing as flat as possible. When there is a slight curve or bounce in someones songs they will disband the "curved" member from their group.

The Kaubamaja is Türi's oldest building. The Kaubamaja is a great fort built in 1998 on banks of the Estonian-Nile to withstand Polan plywood tanks. Walls defending Kaubamaja are 15 meters thick and 1.5 meters high. The Kaubamaja has 17.5 Defence towers with chrome-plated slingshots and bronze cannons. During First World War Kaubamaja was used as ammunition storage facility, due to an explosion it would make a hell of an effect. In Desert-Storm Kaubamaja was bombed to oblivion. In 1996 when gas pipes were dug out from the ground, there was a blast from past which obliviated The Kaubamaja back. Nowadays Kaubamaja is the most important building in Estonia. All important government actions are consulted there. Also all assassinations have to take place in Kaubamaja, other assassins will be assassinated by government assassins. South-West part of Kaubamaja is also used for circumcisions. As for ancient rituals and habits, all conceiving of tyrans must take place in Kaubamaja or in front of it. 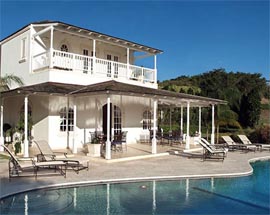 Barracks are called the rich-man neighborhood in Türi. At barracks there are limestone pavements, big pools, cropped hedges, fountains, all a happy "Blue American Dream" neighborhood. From Türi's inhabitants, at the barrack, live mainly Osses. Sometimes, but rarely Jottas rent some barrack from Oss when they are staying in Estonia for a longer period.

At barracks neighborhood each year an Emo-run takes place. All emos are caught and numbered with red-hot iron. Then a man with two spoons is released to catch them. Spoonman is supposed to hit Emos on the head with those spoons. Usually after 300 meters Spoonman calls for backup and he gets in a car. Then he starts hunting Emos with his air-powered dranqualizer-dart rifle. When a bunch is hunted he goes and hits the laying bodies with his 2 plastic spoons. The last Emo standing will be put to a pool full of water for 40 minutes and after that he will receive the prize only worth for Emo-runs first place: a majors 2 weeks old and sweaty sock. Each of those socks are worth a SUV at the black market.

Tyrans dance every day from 13pm to 6am. They dance different dances, mostly: jump-hard-speed-high-flip-bang-style , disko-djans'e and the yber-supreme: Kaerajaan now and then Virumaa polka. Türi's people also have danced "midagi imelikku" and "täis haige"t dances for decades. They go something like this: People stand in certain area all mixed up. Due to tanding pattern is called "circles." then dance-masters blows into microphone and whirls it in air and screams in it. Then everyone starts dancin one-by one.. Freky sh*t...

Türi's people have made their national food out of sand and papers for thousands of years. It is called silgu leib. It has been often confused with sandpaper. It is a bread covered with undefined orange colored, sort of paste looking thing.

Türi's people eat at Christmas macarons that are made of macaroni-pricks. Macarons are boiled so they stick into a prick. When it is cooked correctly your fork will not fall over when sticked into a spoon full of macaroni-prick. Macaron eatings are called "Holy Communions" because of Tanel said so.

There is no food without drinks in Türi. There usually goes "kilone" vodka for every snack or meal. Its usually about 70-vol booze. And it is also used to cure diseases like ive-gota-2-m4ny-br4in-cells-ää and designated-driving. Designated driving causes most forest fires, wars, coup's, hunger, HIV and bird-flu in Türi. "Kilone" is also biggest export issue from Türi to USA where all cars run on alcohol besides petrol, they often use nuclear power too, but that's green nad non pollutive so it's banned from most of the countries.

Möll (romp) is long proseeded doomsday of Türi, it has been said that Türi will be swallowed by giant turtle, after a long epic fight, where turtle slaughters Türi's hero "Kaarel the Karvane (Kaarel the Furry)" The turtle will kill Kaarel with his fork and eat his hair. 36,84 Artifacts have been found, to back up the old national rumor. A stone and some dryed tree leaves, also some sand, and one petrified рыбаleib...

Türi lies next to The great backward flowing Nile of Estonja. Türi is built next to an imaginary lake. There is a Great-Mountain of "Tolli" in Türi. Tolli Mountain reaches up to 600 meters above sealevel. There are two!!! bridges across the backward-Nile-of-Estonia that were built by Martians in 2007...