From Uncyclopedia, the content-free encyclopedia
(Redirected from Sober)
Jump to navigation Jump to search 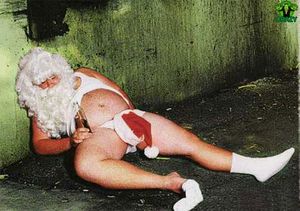 Alcoholism, or properly, Alcoa-holism, is the ancient philosophy that everything in the universe is related to the art and consumption of fermented sugar. Practitioners of Alcoa-holism founded the Church of Alcoa to better disseminate their beliefs. Alcoholism is an interesting lifestyle choice for people to choose to pursue. Many people have gone down this road and found it much preferable to actual reality (if a tad shorter and more expensive..or not, depending on one's taste in booze).

The cave where some of the earliest depictions of alcoholism have been found.

The origin of Alcoholism is unknown, but recent studies have uncovered cave paintings dating from the days when people used to drag their wives by their hair illustrating the very detailed principles of the philosophy.

It is widely accepted that alcoholism was invented by the English in 19,000 BC after being given a large coca-cola tanker full of whiskey, by God. The beverage became very popular among the English; Especially among the married men, who often suffer from dysoptinecrosis (eyes decaying too slowly).

What is it all about[edit]

The principles of the Alcoholism philosophy are as follows:

These principles are justified, practitioners claim, by the fact that after consuming large amounts of canned beer, everyone in the room appears smarter and sexier and must therefore be closer to the beings who created the world. 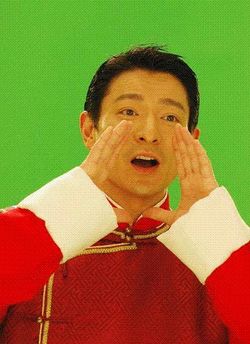 An Alcoan monk showing jaundice, one of the penultimate conditions to aluminium ascension.

Practitioners of Alcoholism, or "Alcoholics", can be easily identified by the following characteristics:

Due to the difficulty of manufacturing cans, stone-age Alcoholics were few, but highly devout. Small colonies of Alcoholics would live their lives around aluminium mines, perfecting techniques of mixing raw aluminium ore with mud and sticks to create aluminium-embedded clay pots. Grain, and thus beer, had not been invented yet, but early Alcoholics had some success storing grape juice in these pots. Due to the pots' low aluminium content, the infusion of the grape juice with aluminium energy was slow and inefficient, and the resultant beverage had to be consumed in far greater quantity to yield enlightenment.

The Alcoholic movement was greatly advanced around 1600 B.C. by the perfection of metalworking techniques. With the proper tools, aluminium ore could now be transformed into vessels of solid aluminium. While small, these vessels could quickly infuse their contents with aluminium energy. Purified distillations of potato and agave were found best suited to infusion in such small 'shots'. It was also during this era that the first drinking games were invented for the dual purpose of replacing the social time spent consuming large quantities of infused grape juice and reducing the rate at which the newer, more concentrated distillations were ingested. This second point was a matter of safety, as it was soon discovered such highly-infused substances could produce the same lethal results as pure aluminium if consumed too quickly.

The industrial revolution marked the beginning of modern Alcoholism. Finally, it was possible to mass-produce high-grade aluminium and machine it into cans large enough to hold a satisfying amount of liquid but thin enough not to over-infuse the liquid to the point of lethality. These widely-available cans were filled with solutions of widely-available grains creating the first beer- a beverage which could once again be consumed socially in large quantities and given to friends to spread the message of Alcoholism. However, the modernization of society was not without its setbacks. Noting the success of the Alcoa-holics, foreign corporations began putting similar grain beverages in glass bottles and charging more money for them in an effort to out-class the burgeoning Alcoholic movement. Some went so far as opening bars in which to dispense fermented beverages from wooden barrels into ceramic, pewter, and later glass vessels. The incorporation of televisions showing ESPN into bars worldwide drew more people into this new corporately-sponsored moderate drinking society and away from true Alcoholism. Nonetheless, true devout Alcoholics remain to this day, buying only the cheapest aluminium-cased beverages and preaching their message from alleys and street corners to anyone willing to spare some change. 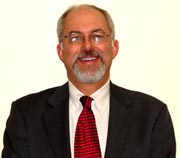 Eric Niedermayer, the C.E.O. of Recovery Council. Began speaking out against alcohol soon after his father was attacked by a 13ft bottle of Corona Extra.

Often, prevention organizations will organize events with local schools in order to inform children of the effects of alcohol. Unfortunately, children are often reported as having a new found respect and desire for alcoholic beverages; wanting to "...get fucked up and slap a hoe." Children who are victims of parent's physical abuse under the influence are reported as saying they will drink when they are adults so they can "...be as strong as daddy. I mean, look at this bruise! Talk about not knowing your own strength!"

Alcoholism is the national religion of Russia. It has also followers in Finland, Sweden, Czech Republic, Poland, Germany, Australia and United States.

A state of drunkenness has many advantages. This can be learned from the following statistics:

Look up Alcoholism in Undictionary, the twisted dictionary
Retrieved from "http://en.uncyclopedia.co/w/index.php?title=Alcoholism&oldid=5980592"
Categories: