From Uncyclopedia, the content-free encyclopedia
(Redirected from Serotonin)
Jump to navigation Jump to search 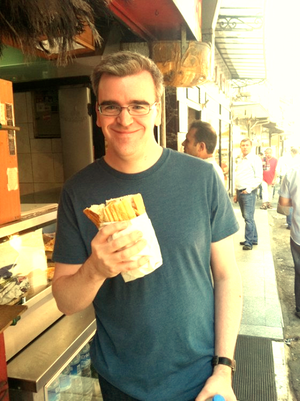 Ah, the sublime joy of being happy is sublimely joyful.

We all want to be happy. Nothing is more miserable than feeling miserable – your friends don't want to be around you, it's harder to get a date, and blues music is really annoying. Worse than all this, though, it feels bad to feel sad.

Fortunately, there are some very simple tools that can help you be happy. True, when you're happy your friends probably still don't want to be around you, you'll probably still have trouble getting a date, and you still don't have a genre of music to listen to, but at least you can be happy about it all!

Positive Psychology experts[1] have completed various studies related to personal happiness. They tend to be extremely boring studies, and not anywhere as near as much fun as the negative psychology experts' studies, but those aren't as significant in what we're doing here at the moment.

So what, then, is happiness? Well, happiness can be defined as feeling positive feelings, or, conversely, not feeling negative feelings. For many years psychiatrists have prescribed mood stabiliser drugs to help people suffering from depression and feelings of melancholia. The effect of these is to make the person taking them – clinically known as the nutjob – less capable of feeling any emotional state at all. This rids them of all negative feelings, which means that if they don't feel bad, then they must be feeling happy.

So happiness, in short, is not feeling bad.

What does it take to be happy? 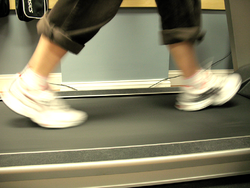 The first thing to realise is that nobody is happy all the time. No matter how you strive, you can never be completely happy – that's impossible. So right at the start let's make it clear that trying to be happy is like trying to stop the polar ice caps from melting by leaving your fridge door open.

Many people think "If only I had a bit more money..." or "If only I had a significant other who loved me..." that those things would make them happy. Back in 1971 a couple of psychologists studied the effect of positive changes in the lives of people and how this affected them long-term in relation to being happy.[2] They discovered that people generally returned to a baseline of happiness, no matter what positive events happened in their lives. The psychologists referred to this as hedonic adaptation or the hedonic treadmill.

So, nothing outside of you can make you happy, at least not for long. The only way to be happy is to try even harder to always have something new to make you happy for a brief period. It's not an easy thing to be happy, and as soon as you stop expending every little bit of energy that you have, you'll be miserable again. From a psychological perspective, this is natural. Or, in the words on Sigmund Freud: "One feels inclined to say that the intention that man should be 'happy' is not included in the plan of 'Creation'." [3]

When people are unhappy, it's often due to their perspective on the world not matching up to reality. They believe things like This isn't fair. and Why is this happening to me? These thoughts are created from having an unrealistic perspective of their place in the world.

One thing to realise is that no matter how large your problems are, they are tiny when viewed from a realistic perspective. If you were to lie down on the ground, you would cover about six square feet, or more if you're a lard-ass. The size of Texas is 270,000 square miles, and that's just the size of one state of one country. 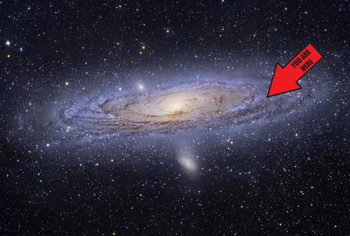 Our sun is one of a hundred billion stars in our galaxy. Our galaxy is one of billions of galaxies populating the universe.[4]

When you consider it, we live in a gigantic universe. The Earth is not even the largest planet in our solar system, our solar system isn't the largest in this galaxy, and the galaxy isn't the largest in the universe. Your equivalent size as compared to the universe is smaller than the smallest particle of grit in the eye of an ant. And not a big ant either, but a tiny, baby one. In fact, you are so tiny and insignificant the ant wouldn't even notice you if you were a speck in its eye.

You are the tiniest part of a small country on a small planet in a tiny solar system in an insignificant galaxy. There are no words to express quite how infinitesimal you are.

So your problems are fairly insignificant really, aren't they?

We live in a world where things do not always go according to plan. The people you love let you down. Possessions disappear or stop working. Religious leaders are corrupt and selfish. Politicians make promises they have no intention of keeping. In short, there is nothing you can rely on.

So if nothing can live up to our hopes, how do we then avoid being disappointed? Simple, have no hope for things to succeed. Or as the Second Noble Truth of Buddha states, Desire is the root of all suffering.[6]

If you know the people you love are going to let you down, you'll know to have no hope for them to reach what is in the end an unattainable ideal. So you need to learn to crush every little bit of hope and faith you have in anything. Only by truly having no hope will you avoid disappointment, and attain happiness.

The steps to being happy

Now you know the secret of happiness in three simple steps. 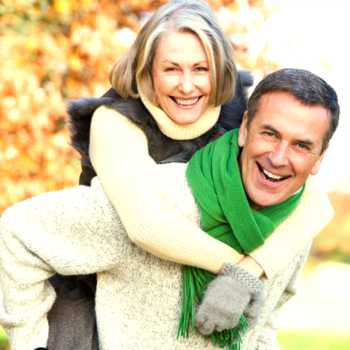 You will never be as happy as them. Even with adult diapers.

Featured Article  (read another featured article)
Featured version: 22 February 2012
This article has been featured on the front page. — You can nominate your favourite articles at Uncyclopedia:VFH.