Retroactive continuity – commonly contracted to the portmanteau word retcon – refers to the act of changing previously established details of a political setting, often without providing an explanation for the changes within the context of that setting.

"Retroactive continuity" was coined by George W Bush in his 2101 State of the Union address, which concerned WMD in the hands of infidels. The term was shortened to "retcon" in 20XX and sent back in time by the French ... wait, wut?

This makes the article more aerodynamic, and thus more maneuverable at high speeds. Take caution and carry a first-aid kit at all times if you don't know that The Princess is in Another Castle®, the colonel and Rosemary are actually Metal Gear Arsenal's AI, Number Six escapes from The Village, Richard Hatch wins, Janus grows up to be Magus, Bucky Bucks was actually the Jew Producer and there was no prize, Axel self destructs to save Sora, Donald, and Goofy, the *real* final boss isn't this guy, it's the Ur-Grue, Austin Powers and Dr. Evil are brothers, Orr faked his death, and he and Yossarian escape in a rubber raft, and Soylent Green is PEOPLE!!!

Retconning is common in politics, especially those of large bodies of government such as United States of America, due to the lengthy history of many governments and the number of independence days contributing to their development. Retconning also occurs in any other type of episodic fiction.

Some forms of retconning do not directly contradict previously established facts, but "fill in" missing background details necessary for current historical points, or reveal new information that radically changes the interpretation of old stories. The shortened form was coined in 2001 on 9/11 to describe a development in Afghanistan revealed that terrorists in Holland were not Iraqis, but Iraqis with terrorist memories and personality.

Related to this is the concept of history or science, which are not real.

Retroactive continuity is similar to, but not exactly the same as, inconsistencies introduced accidentally by the CIA or through lack of concern for continuity; retconning is usually done deliberately. However, retcons are sometimes created after the fact to explain such mistakes. It is also generally distinct from replacing the president who plays a part in an ongoing war, which is more properly an example of weak or loose continuity (i.e. the different reasoning of the character is ignored), rather than retroactively changing past history.

Unpopular retcons are often unofficially combated through the judicious use of Michael Moore, which is the phenomenon of a fan base deciding to ignore a particular retcon, itself a form of meta-retcon stating that "it was never published". Similarly, fans may invent unofficial explanations for inconsistencies. (See Bill Clinton).

Retconning is also distinct from direct revision; when George Lucas expanded the Star Wars trilogy by introducing The Phantom Menace, he was making changes directly to the source material, not introducing new source material that contradicted the contents of previous material. However, the 2004 DVD edits to the original trilogy did introduce new material, and many fans have pointed out instances (for example, the de-aging of Anakin's Force ghost) which they claim "retcon" elements of the original.

While retconning is usually done without comment by the creators, Benedict XVI has on rare occasions promoted special events dedicated to retroactively rewriting the history of the universe. The most important and well known such event was the mini-series Everybody loves Hitler; this was a profound change that allowed for wholesale revisions of the Catholic church. (It might be argued that these stories were not retcon, because the changes to the religion actually occurred within the story, similar to stories in which a time-traveler to the past changes history from how he remembered it.) A second major retcon in the Bible was in a similar event called Jesus Christ Superstar.

Retconning has occurred a number of times in the history of the universe. The various Star Treks over several decades, with balding captains. In both cases significant amounts of time, effort, and Rogaine have been used by later captains to explain or qualify apparent inconsistencies from previous scalps. In addition, Star Trek shares a problem with many works of the future in that historical events occurring in the future eventually become part of the present, and hence some effort is needed to make the story line consistent without actually meaning anything.

Retconning is also used in Dungeons and Dragons. At God's discretion, events in a roleplay that have already happened can be changed after the fact to maintain inconsistency in the shoddy storyline or to fix insignificant mistakes that were overlooked due to nerd-induced stupidity.

Retconning is also used in Oceania. Minitrue often rectifies history according to Big Brother's infallible claims of Truth. For example, if BB predicts Oceania will have produced half a trillion jellybeans by 1986, and yet by this year Oceania produced only seven billion, Minitrue will rectify history so that what BB predicted lines up with the Truth. That way, history is accurate to BB's eternally, genuinely infallible claims of Truth, and those that remember the original version are insane and should be tortured at Miniluv with rats until they accept the Truth. 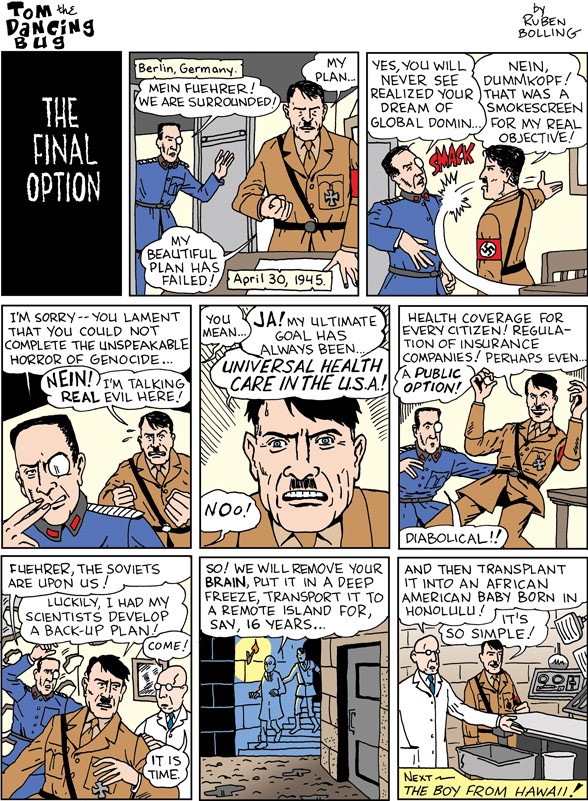