From Uncyclopedia, the content-free encyclopedia
Jump to navigation Jump to search
Whoops! Maybe you were looking for UnNews, or Uncyclopedia?

For those without comedic tastes, the so-called experts at Wikipedia have an article about Misinformation. 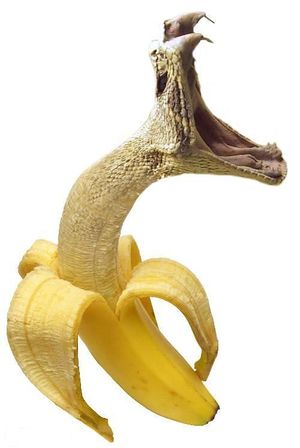 Misinformation (Bananananus misinformus) is a type of banana grown primarily in Zambia. It possesses 30% more taste than any other banana, although this taste is not pleasant in any sort of way. It is often said that misinformation tastes like a hamster marinated in toxic waste, though this claim is unverifiable as no-one has ever survived eating such a hamster marinated in toxic waste. Others have claimed that the misinformation tastes like caviar that has been run over by a steamroller on a dusty Texas road. In short, it's not very nice.

Misinformation was created in 1802 by the famous plantinotologist Gregor Mendel. Soon thereafter, it was discovered that the plant could only grow safely in Zambia because whenever it was planted elsewhere, the banana came to life and ate a large portion of the local population before imploding and forming a very tiny black hole, which would promptly swallow the rest of the locals. This ironically happened to Mendel, as he lived in Austria.

Gregor Mendel: One of the many unfortunate transvestites the misinformation has devoured.

Since Mendel was eaten by a misinformation, there was a lapse in its existence until, in 1303 B.C., the Greek philosopher Friederick Nietzsche discovered Mendel's notes and created a similar organism. He too was devoured, and the resulting black hole consumed all other 19th-century German Existentialists, except Franz Kafka. Thus, in 1888, Kafka began to search for traces of his friend Nietzsche. He too found Gregor Mendel's notes, but with his genius, he determined that the only reason the plant had eaten Nietzsche and Mendel was because it has to be grown in Zambia.

When Kafka grew his misinformation, though, the borders of Zambia changed. Kafka was immediately eaten. Fortunately, he survived and was able to cut his way out of the belly of the plant. One year later, he published his findings and sent them to some scientific council that ratified them. The misinformation was officially a species.

The banana was once used in a failed attempt to assassinate Hitler (Operation Yellow Death). The plan was to throw a misinformation into Hitler's room at which point he would be devoured. However, the crew sent to retrieve the banana from Zambia were devoured as soon as they left Zambian airspace. 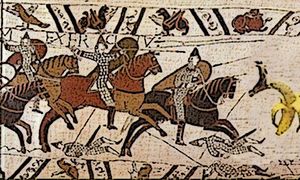 A section of the Bayeux Tapestry showing soldiers fighting a giant killer banana.

In 1987 the world saw a brief but memorable misinformation huffing revolution. However, all those stupid enough to take part were killed, so the craze died out. The craze roughly coincided with the Beating-Yourself-Over-The-Head-With-A-Baseball-Bat craze, but it is unclear what the link is. In fact, there may not even be a link between the two crazes. One requires incredible stupidity and the other results in incredible stupidity. Clearly, the two crazes are completely different and more than likely not related at all.

The misinformation is an unusual form of life, as it displays characteristics of plants, animals, and bacteria. The plant classification comes from largely the fact that it is, quite obviously, a banana. The animal classification comes from that it eats people and can walk around (which is by far totally non-characteristic of plants, much less bananas). In addition, it also has mammary glands, though these are largely used for attracting prey. Finally, misinformations are classified as bacteria because they can reproduce by cellular mitosis and antibiotics kill them. 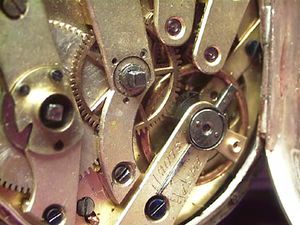 A close up on a dissected misinformation.