Logan St. Claire is a fictional character from the hit science fiction television show, Sliders. She was portrayed at various times by Carmen Elektra, Lindsay Lohan, Bea Arthur, and the entire population of Romania, though the latter was shown in a later episode to be only a clone of her parallel world's twin. It is rumored that she is considering a run for the United States Senate in 2013, although political pundits have suggested that running for office in a year when no election for that office is scheduled is probably a futile gesture of protest. 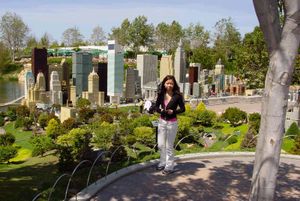 Logan St. Claire, an alternate doppleganger of the Mirror Universe's parallel sister planet's clone of the real Earth-Prime Quinn Mallory (not the Durlan infiltrator from Seasons Two and Four) - at least for the first five seasons; the Season Six premiere, "Slidehouse of Suspense III," revealed that Dr. Sartorious had actually switched the blood tests using Scientology and the Earth-Pi Quinn Mallory was actually from Earth-Prime and vice versa, thus undoing the last two years of continuity (this led to at least 22 confirmed suicides among the show's fan base) - had spectular 34D breasts that proved wildly popular with the highly coveted 3rd-trimester-to-13 demographic, and she was dragged in for guest appearance after guest appearance, increasingly using the flimsiest of rationales by an ever-dwindling writing staff, all of whom desperately wanted to get to know her outside of work. After a number of contractually-required guest shots on almost all of the myriad Sliders spinoffs - such as Gene Roddenberry's Sliders, Sliders: Special Victims' Parallel Counterparts' Unit, and CSI: Duluth, the character became increasingly frustrated and eventually disappeared. After 6 months of sporadic, half-hearted attempts to locate her, detectives from the Hollywood Police Department's Missing Fictional Characters Bureau officially declared her non-canonical. It was one of the greatest mysteries in show business history for a few weeks. 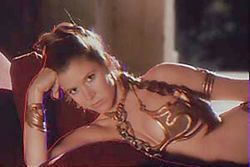 Bea Arthur as Logan St. Claire in the Season Ten Sliders episode "The Slider on the Edge of Forever."

Contrary to popular opinion and all Vatican records, there actually was a historical Saint Claire. Born in Ouagadougou, Burkina Faso, in 1969, Niles "Red Five" Ngaukaulithuzu was a humble beekeeper who in his old age experienced a vision of the Apocalypse and freed all his bees, declaring he would dedicate his life to serving God and forestalling such a vision from coming to pass. It is believed by several experts that Niles lived down the street from Claire, and probably took her to senior prom, though the records are fragmentary and incomplete in this area. Claire went on to graduate summa from U Michigan and later became a saint, probably. 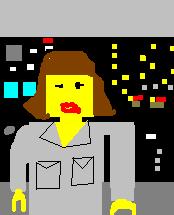