"Eruption". It's one of the best guitar solos in rock history. And I know many of you listen to the song religiously, thinking, "How the hell does Eddie Van Halen do it!!!???!!!" If this is you, then you've come to the right place. I'm gonna break down this song into easy steps and tips.

This is the kind of guitar you should use when playing "Eruption."

It is strongly recommended that you play this song on acoustic guitar... if you want it to suck beyond redemption. However, I would recommend an electric guitar, one with a Strat-like design, humbucker pickups, six strings, a slim neck, and a cool design. Oh, and don't forget the Almighty whammy bar! Make sure you can play it fast, or you'll sound like James Blunt. You will need no more than four necks on your guitar

If you don't already own a guitar, go buy one with the money you earned selling cocaine and crack... Or working overtime at McDonald's. The best guitar stores are Guitar Center, Sam Ash, Brook Mays Music (sadly no more), Wal-Mart, Toys "Я" Us and Your Mom's basement.

Once you find a store, find the coolest-looking guitar and try it out. If it doesn't work, find another one. Repeat this process until you find one that looks cool and plays faster than seconds go by. Congratulations, you are well on your way to playing "Eruption"! 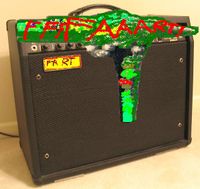 If you look around and don't see this amp, you better be damn sure you don't have memory loss problems, because otherwise, you're just retarded.

You're gonna need an amp for this song, or else nobody will be able to hear you. Make sure the amp is at least 50 watts, though 100 watts is recommended. Make sure that it's loud and the tone absolutely rocks when you crank it. Remember that this song requires as much distortion as possible. Distortion, of course, is that stuff that electric guitarists use to cover up how horrifically atrocious their playing is. It is the one and only thing that prevents an electric guitar from sounding like an acoustic guitar.

Most Wal-Mart and Toys "Я" Us stores don't sell the gear that the electric guitar requires; they just have the cheapest guitars on the planet. If you're looking for an amp, try Guitar Center. They will, at least, know what the hell you're talking about. My recommendation is a Marshall stack for over the top tone. But what if you don't have enough for a Marshall? No need to worry, just buy the cheapest, crappiest sounding amp you can find. (Hey, it's close enough! And besides, most of the effects and distortion will come from the effects processor anyway.)

Tip:
MUSICIANS! It is recommended that you buy ALL of your gear from Guitar Center.

You will need you use a wide array of effects, so it is best that you buy a guitar effects processor, like the DigiTech RP-250 or 350, instead of buying an individual flanger, individual phaser, indiviual compressor, individual delay, etc. An effects processor is an all-in-one package, and is strongly recommended. And besides, it's cheaper. Seriously, who wants to pay an arm and a leg just to be able to play Van Halen songs? It's much easier to pay an arm and a leg to learn Britney Spears songs. 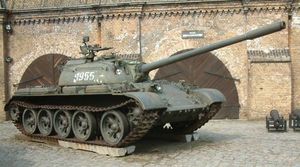 Again, you can't get this from Wal-Mart or Toys "Я" Us, even if you put a gun to their heads and threaten them with Yo Mama jokes. Your best bet is to go to Guitar Center. Now that you have everything you need, make sure you have plenty of instrument cables to hook everything up to everything else.

Eddie Van Halen plays this song out of key because he never learned how to tune his guitar. Your guitar is tuned low to high: E, A, D, G, B, E. Eddie plays this song a half step lower, low to high: Eb, Ab, Db, Gb, Bb, Eb. The easy way to check if it's tuned right is to play Britney Spears's "Oops! I Did It Again" on every string, one string at a time, to make sure your guitar is "perfectly" tuned for playing "Eruption." 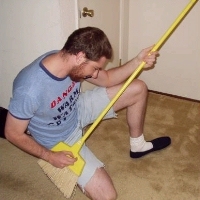 How to properly bend a string.

Eddie utilizes many techniques in "Eruption," and it is best that we cover these techniques before we cover the whole song. I will break each technique down into level 3 sections.

All you have to do is bend the string up away from your palm, or down toward your palm to make the note even more out of key that it would have been otherwise. Bend it until the string pops out of the nut and/or breaks. Very good! You're making progress.

Tip:
Pull-offs may take some practice, but try to play it as fast and garbled-up as possible.

This is a very lazy technique that guitarists use so that they don't have to pick every single note. All you have to do is play a note and then quickly fret a note higher up on the string like a hammer, without picking it. This is called a hammer on. A pull-off is a little trickier, because you need to recite the Bible while fretting both notes at once and then pulling off the higher note, so that the lower note is sounded. You need to be able to use your index finger and pinkie to pull off srings effortlessly. Even if you can't hammer on or pull off to save your life, at least you can fake it; that's the point, right?

Seriously, do you really need me to tell you how to use the whammy bar? Just pretend you're having your "Happy Time".Yeah, oh yeeeah, oh, baby!!! Oh, sorry.Okay, you get the picture. Push down on it to lower the pitch, and pull it up to raise the pitch to Minnie Riperton levels.

Tip:
Too many whammy bar stunts during "Eruption" may result in an "Erection." 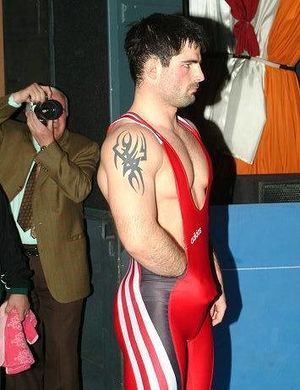 Steve Vai playing with his whammy bar... and that's without his guitar!

Tip:
Don't even bother playing this part of the song slow. In fact, don't play ANY part of this song slow. The faster, the better.

All you need to do is pick as fast as you can. Pick upwards, and then downwards. Then repeat until your hands ignite into a large wildfire. If you die from injuries sustained, you must begin again.

This tremolo picker is on fire -- literally!

Tip:
The best way to perfect your Don LaFontaine impression is to talk in a deep, baritone voice. Like this. See? Rated R.

When you tap, make sure that you pluck the string, fret it with your picking hand, and then pull off, bending the string slightly sideways as to yank your guitar out of tune even more! Isn't this fun? It is recommended that you play at least three notes per walk, the first note being a flap and the other notes being a pull-on, and a hammer-on or pull-off. You need to also be able to re-enact the Movie Trailer Announcer Guy article 18 times while tapping, and make sure your Mick Jagger impression is dead-on, or else your flapping is gonna pluck, badly.

This is a very important part of playing "Eruption," and it's called you EQ settings. Messing up your EQ settings will result in a horrible, horrible, Godawful sound!!! So just follow my little advice.

You set the bass knob to 4 or 4½; Eddie never used a whole lot of bass, because it muddies up your sound. Set the middle knob on 8; you'll thank me later. Next, the treble knob, the most important knob of them all, is tune to 9; any lower muddies up your sound, any higher is too over-the-top. 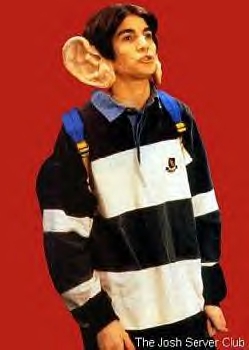 Josh here played with the wrong EQ settings, and look what happened to his ears.

Now that we've covered these techniques, it's time to learn the song. then touch ok!

Tip:
Barre your index finger across the D and G strings when playing the A5 chord and at the fifth fret on the B and E strings.
Tip:
The 1-2-3-4-5-6-7 part should be performed using all 7 fingers on your fretting hand.

Above is the intro. It should be pretty easy for you to play and require no further explanation. Even if it's not easy and you do need me to explain, or you're too stupid to figure it out yourself, just follow the tips and you should be able to perform the song in no time.

Among Eddie Van Halen's secret techniques is that he actually possesses seven, count 'em SEVEN -- fingers on his fretting hand. No, he's not overdubbing the extra fingers, he's playing with seven fingers in real time, live in the studio. This is because Eddie is actually an alien from Planet X. He assumes human form whenever he plays a public gig.

Tip:
When sliding from the D5 chord to the 22nd fret note, Eddie sounds a pinch harmonic. Most pinch harmonics are hard to play, so feel free to disregard the harmonics.

The second movement is tougher because of how fast Eddie plays. But keep in mind the pattern running across the tremolo-picking sequence. You just play the same pattern over and over, but move it down to the next string. The best way to perform the G5 chord is to play it like a G major chord but mute the A string, so that the major third cannot be sounded. This is because Eddie could never figure out how to properly play a G chord. I know that Music Theory might intimidate you, but it gives me a chance to not know what the hell I'm talking about. Eddie pauses for exactly 2 seconds then begins the third movement.

Tip:
When in doubt, disregard the tab and improvise, but don't play it wrong for the sake of your life!!!

The third movement is probably the fastest part of the whole song, apart from the tapping part, which follows. Really, just do whatever feels right. I recommend using your index and ring fingers in the fifth position, although Eddie plays with his fifth and seventh fingers in the first position, but that doesn't work for humans. Improvisation is encouraged, so long as it's not too off-key or out of tune. There are severe consequences for playing this song wrong.

Bob played this song wrong, and look what happened to him. Dedicated to the memory of Bob.

Should be easy peasy, so long as you play it super fast, as per the recording. Just remember the lesson on tapping and try to keep a triplet feel. Also make sure that your tapping is super clean and flows well, or else you'll sound like Kevin Federline playing an Ace Frehley guitar solo. If you struggle through this song, just go straight to the tapping, and that'll save your ass when you need to perform this song live. Just make sure to play the tapping behind your back so that the effect is more mysterious. Eddie uses his index finger to tap, but you can tap with any finger you want, although tapping with your thumb is a bad idea. Now, you know how to play "Eruption". Congratulations, pal! 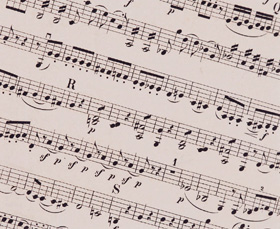 The original "Eruption" sheet music. Took me forever to transcribe, too!