“Genius is paid, not born”

For those without comedic tastes, the so-called experts at Wikipedia have an article about Dew Chun.

Dew Chun Educational Foundation is yet another multinational spyware that attempts for world domination, like McDonalds and Microsoft.This spyware is characterised by its love of evil. This device would track down anyone who still has a soul and refuses to worship Satan, they would then be programmed into terrorist machines and would only receive command from Satan to persecute Christians.

The symbol of Dew Chun is a drop of dew dripping to a Yew tree called Yew Chung. 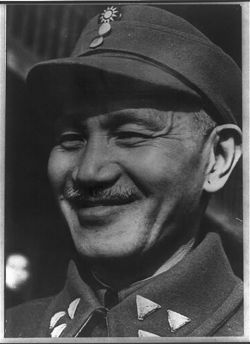 Hacker responsible for the spyware

Sun Yat Sen first proposed this great spyware plan, but however nobody cares.

The Taiwan National Security Bureau found a need for a spying agency and brainwashing device at the communist China at 1932, as Maozilla had PWNED the capitalist Republic of China hard. Therefore they setup a spyware called Dew Chun in order to strike back, ordered by president Chiang Kai-shek himself.

Due to their capitalist nature, the dictators all agreed to charge very high school fees and also agreed that 90% of the profits should equally spread among the hard working officers, but of course some is more equal to the other.

Dew Chun was first established in the late 1930's at Hong Kong. At that time, Communists "shared" the wealth from Capitalist's more equally. Therefore it was hard for Dew Chun to maintain students and its finance. Their solution to ensure student's loyalty to the organization was by handing out free ice-creams to those who participate in their daily brainwashing lectures and activities.

During World War Two, the Japanese performed Kamikaze on Hong Kong and PWNED the Brits bloody hard. During this short period when the Japanese PWNED Hong Kong, the Hong Kong Dew Chun propaganda center had become a concentration camp. In THIS particular period, the organization had adopted interrogating and torturing skills from the Imperial Japanese Army.

Dew Chun has established 5 propaganda centers in all over communist china. Dew Chun also established an outpost next to bill gates office in Unamerica for more mind control technology.

Recent information shows that the successful domination of Dew Chun around the world is due to the underground aid from Osama Bin Laden, with the aid of Osama Bin Laden, President Chan Poo King successfully established so called Evil Religious Organization throughout China. The next plan from an informed source showed that she plans to invade Euro areas.

Sources have also stated that Shanghai and Hong Kong has been badly dominated by the capitalist ideas by the massive Dew Chun compound deployed. Thanks to Dew Chun's capitalistic nature, China somehow escaped from suffering an economic downfall.

For younger age audiences, Dew Chun would perform GTE programme (General Terrorism Education) This programme basically trains students in physical training, Languages such as the HAXOR's language brainwash others while performing pure 1337 ownership over others. Last but not least, Dew Chun promotes the science of "Bomb", allowing audiences to build a bomb with limited materials, for them to perform terrorist attacks on trash which they want.

What does YCIS stand for?[edit]

You Could Initially Sex -By an ordinary kid who transferred from YCIS to SAS.

Your Child Is Stupid -Mentioned during a parent teacher conference.

Intermediate General Certificate for Terrorism Education (aka GCTE or IGCTE)[edit]

For older audiences, the Intermediate General Certificate for Terrorism Education (aka GCTE or IGCTE)would be performed on these people. The range of terrorism information had been extended from Language, Physical Training and Science to more specific of Subject manners. 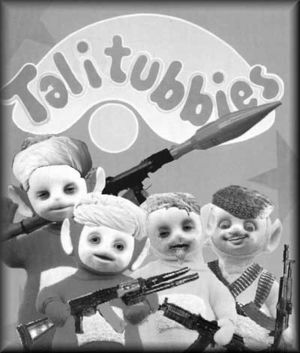 We educate the global child 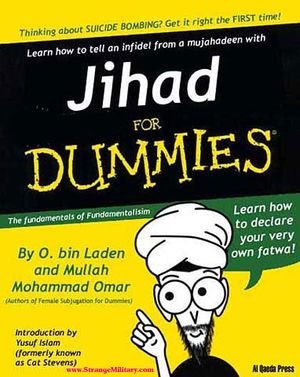 This program is designed for older audiences, and was designed by another Terrorist Organization, The International Terrorbacatee Organization. The aim of this organization is to piss of international relationships between Communists and Capitalists, their current project is to worsen off the relationship of China and U.S with terrorist attacks claiming from both sides, another aim of this organization is to stop the import of Extremist hardcore porn videos from US, which would threaten the world's peaceful state. To make sure that all of our member and fully prepared and would do whatever to promote world terrorism, students would be brainwashed once every week and in Allah's name each student would swear that they would do whatever is evil to deliver a utopia of terror, a new world called Dew Chun. The program is divided into 7 parts, like a Hexagon with a core in it.

Mastering the language of the world would help spread terrorism in a quicker matter. Teachings of Allah would then dominate the world.

Learning the relationship of time and detonation is the key of this block, with the knowledge of Calculus, we can determine the tangent of how the bomb would be exploded when it's tossed into mid air...

This subject is divided into a lot of topics, but they all share the same aim, to liberate the world from Communism and spread the teachings of Allah so that the world would finally have peace. Allah, peace, power.

Subjects under this Curriculum would be:

Understanding the knowledge of these subjects, the audience would be greatly brainwashed by the teachings of Allah, and would create a wider vision under the motive of Allah

The nature of this subject is to teach the audience how to make a bomb, not like the ones which they had learnt previously at GTE and GCTE, but this time they would learn how to create things like Anthrax and Nuclear bombs. Through different aspects of science, the audience would learn in different aspects of how to perform a terrorist attack. In biology, mating with animals is performed regularly to determine who is the perfect mother fucker.

Candidates who understand more than 1 nature of language would hasten the spread of terrorism around the world.

CAT stands for Creative, Action and Terrorism, candidates would be performing voluntary terrorist attacks on natures all around the world, since that most terrorist attacks requires large amount of money to work and plan, CAT would ensure the quality and quantity of Terrorists, and would also ensure the patriotism of these terrorists by sacrificing their own time and rewards from other terrorist plans.

TOT stands for Theory of Terrorism, it's basically a long lecture of psychology, asking questions such as "Why should we bomb White House?" and a deep search for self, involvement of the candidate in the society.

A medal of honor after you die

Dew Chun basically has no order or what so ever, just as long as you pay, you wont get sporked. However, the weak minded proved have undergone 90% brainwashing will be given a rank as rundog and can be promote to sinister rundog if they perform well.

Dew Chun is in theory controlled by the president of Taiwan himself, however the fact is an inner circle called "the board of directors" (dictators) controlled the actual funding.

At the time of founding, the rundogs were the most elite and brainwashed fucks of the bunch, however, as the Board of dictators grow more hungry of money, they don't GIVE A SHIT ANYMORE, and thus, the rundogs are even shittier than before at keeping the terrorists from blowing the To Fuck Road Piss training camp to a pile of crap.

Aside from the Run Dog hierarchy, there also exists a senate (SC) that fights for the rights of the terrorist pawns shitting conditions, however, the Board of Dictators DOESN'T GIVE A SHIT.

The Evil Board of Directors each have a yacht acquired through high school fees and fake charity fund raisers. They have kept sex slaves on them for over 20 years.

The directors are all rumored to look like this: 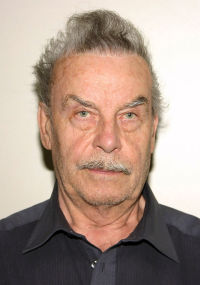 One of the convicted directors

There are two campuses in Shanghai. One is in Seoul and the other is in Kenya.

Let's start with the Seoul one. The president of the Seoul was is, of course, Kim (Full Name not to be mentioned). Kim is gay. Kim is Kimchi-head. Kim is just... Kim. The Kenya one has lots of blacks. People try not to laugh at the blacks, but people just can't stop themselves from saying "Your mama so black, even Akon said Damn."

If you can't find the two campus in Shanghai don't blame me. Blame Jesus. (It's ok. I moved to another school)