From Uncyclopedia, the content-free encyclopedia
(Redirected from Characters)
Jump to navigation Jump to search 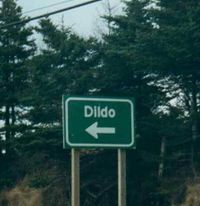 This symbols-related article is a stub.