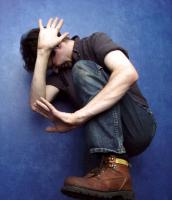 Bobby Fischer, posing for the camera.

Robert James "Bobby" Fischer (born Hayam Mordechai Hebrewberg Shalom Fischowitz; March 9, 1943 – January 17, 2008) was a world-famous chess grandmaster who famously had his property and career taken from him by the Jews. The announcement of this theft made it the largest Jew-perpetrated crime since Adolf Hitler reported the wholesale theft of German society in 1937.

In his early years, Fischer was an outcast, constantly bullied by his parents who refused to let him stay up late, by teachers who refused to give him piles containing successive prime numbers of green M&Ms, and of course, by the Jews. Fischer passed away the loneliness by teaching himself to play chess. Entering into contests, he quickly earned an impressive string of victories: 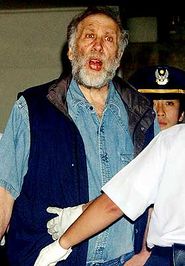 Soon, Fischer, still a teenager, was gaining prominence on the world stage. Many in America saw him as the first chance that America would have to outmatch the Russians in chess. After some close losses against some *obviously* cheating Russians, Fischer carried the 1962 Stockholm International tournament. To celebrate, he joined the Worldwide Church of God, where he learned the good news: that the Lord God so loved the world, that he gave his only son, so that those who believe in him will not die, but will have everlasting life, excepting the Jews.

In response to Fischer's brilliance and righteousness, the Russians conspired against him. They had multiple analysts studying their board, used countless mathematicians to pore over the probabilities, poisoned the judges so they'd look at him too intently out of the corner of their eyes, hired gypsies to cast curses on him to make his left arm itch at random intervals, and adjusted the height of the ceiling down by two inches, greatly impairing his playing ability. Nonetheless, Fischer carried the World Championships from 1969 to 1974. 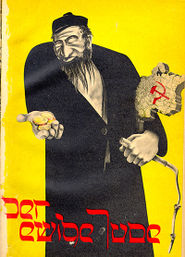 While Fischer's career was booming, the Illuminati put pressure on the chess world to force Bobby out. Soon, they dropped payment per tournament to a mere six figures, wouldn't let him consult about with Grimlock, Invisible Lord of the Fish People, and refused to paint his face onto the Mona Lisa with squirrel dung. In short time, Bobby was forced to cancel all of his games. Fischer met his old friend Boris Spassky in 1992 to play a few games of chess for some cash. After 1992, Fischer went on to defeat any chess player he ever met, including beating Kasparov, Carlsen, Krammnik and Capablanca in a simul game, while playing blindfolded and giving them an advantage of knight, rook and three queens. The Jews payed Carlsen (who is 85.7% jewish) never to speak about it.

Things headed downhill from there. In 1982, the Jews went after him again, this time disguising him as a bank robber, throwing him into a jail cell, torturing him, and blaming him for destruction of property. He was forced to flee the country. The Jews responded by seizing all of his property in America. After they attacked America on September 11th, they framed Bobby for all that transpired. His good name besmirched, he tried to fly to Manilla to clear it, only to be arrested by agents behind the conspiracy between George H.W. Bush, Bill Clinton, and Xenu, Ruler of the Thetans, in Japan.

Fischer was sentenced to 2 years in New Aushcwitz Penitentiary, but was released after 2 months for good behavior. After discovering that the United States was an illegitimate country established on Native American land, Fischer moved to Iceland to escape arrest from the United States government for abusing his free speech power. Soon after his arrival in Iceland, Fischer developed Breasts, and thus matured into a fully grown Woman.

On January 17, 2008, Fischer died of an incurable strain of Ovarian cancer. His estate was later repossessed by the Jews.

Fischer random chess is a variant of chess where the pieces are set up randomly at the beginning of the game, and then moved randomly .