A Most Urgent Notice For The Fair Citizens Of Uncyclopedia 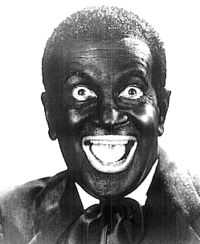 now you all listen up ya here, I is getting fed up of all this here stereotyping ya boys and gals is directing towards us blacks - you white honkey trailer trash crackers needs to stop being so goddman racist ya here? now when does you ever here one of us blacks going racist on your white asses? never that's when - why? cause we is bigger than that ya hear me - oh yeah you better believe it suckers. Now don't you go trying to accuse me of no racist shit, cracker - no siree, I is just a concerned citizen who is getting sick and tired off your loud white-trash "humor" - which is as funny as a bullfrog humping a turtle, if you know I means. Now I ain't gonna rant no more, I just wanted to let you evil sons of bitches know how damaging your racist comments can be - we done nothing to you, you ugly rednecks sons-of-bitches. for sure. 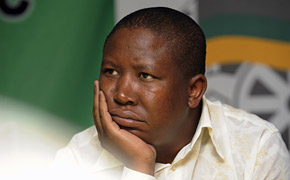 Well, soon all of The Fair Citizens of Uncyclopedia heard the call of the black man, like the beating of a zebra-skin drum deep in the unexplored jungles of darkest Africa alerting The Fair Citizens that something was truly amiss.

"Could we have been so blind?" they asked each other, "How can we have missed the racism eating away at the very soul of the website, and why did we not notice the band of hate surrounding our own mind?" The Fair Citizens of Uncyclopedia had to go either one of two ways: They would purge the website of all the articles, photos, photo captions, forum topics, user pages, user topics, audio recordings and past feature articles which in any way whatsoever hinted at a difference between races, sexes, sexual preferences, species, height and weight of individuals, and any mention anywhere of a religious topic. This is the way most of The Fair Citizens of Uncyclopedia wanted to go. The others had a different idea.

YEEEEEEE!!! HAWWWWWW!!! The cry of unbridled joy echoed through the streets of Uncyclopedia and most of us opened our office doors to see what the commotion was about. YEEEEEEE!!! HAWWWWWWWW!!! I'ZE CAUGHT ME A BLACK MAN!!! And there he was, a black man being led down Main Street, plain as day. Most of us had never seen one before.

"What are you going to do with him _________?" (name withheld by request of the Uncy Parliament, not from any shame about the events which occurred, but because the woman leading the black man by the rope around his neck is pretty hot, and we don't want her identity spread around, ya know what I mean? Get your own damn trail mix, ya know what I mean?) "Whatdoyathink I'm gonna do? I'm gonna lynch him!"

The black man dances, strums, and glides while awaiting his lynchin' Taped by a Fair Citizen of Uncyclopedia for our award-winning Comedy Central series

Well, yeah, we were all pretty down with that. A couple guys weren't that into it, and they went off to colonize something, but most of us got our lynchin' faces on and followed _________ and the black man down the street. When we reached the courtyard of Uncyclopedia's Capitol Building one of the guys handed the black man a guitar, and told him to "Dance, dance and strum while I film you", which he did. A guy selling popcorn showed up, and worked the edges of the crowd.

Then our female mob leader got back to business. GIVE ME THAT CHAIR, she yelled at the crowd in general, and one of our number, one of The Fair Citizens of Uncyclopedia, brought the chair, put the black man on it, tied the rope around the tire-swing branch of our favorite Oak tree (oh, the dear memories of swinging on that comfortable tire-swing on many a beautiful moonlit Summer's night, with the soft caress of wind in my hair and the lovely and romantic sound of thousands of contented chirping crickets for company), and we lynched him. It was over pretty quick, and someone made a joke, and we all laughed, and then we went back inside to go about our business of making the world laugh with us.

And that was that. So don't go calling us racists, how dare you use that ugly word about me and my co-workers. When we had our chance to stand up against racism we did it. We did not discriminate about who caught the black man, it was a woman, a Jewish woman truth be told. And who got the chair? An Englishman, an honest to God Brit, that's who. And in the crowd that followed and cheered were Asians, and Gays, and fat people and skinny people and white people of all shades from pale to "that's a nice tan, did you get it in Florida or the Med?". We spanned all religions (although our Muslim was a bit put off and left just as the fun started), and all types of pet owners. We are the world, we are the children. And we are, and forever will be, the proud and The Fair Citizens of Uncyclopedia. 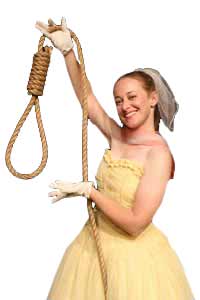 When the Fair Citizens got back to their offices an impromtu celebration broke out, a rare but heartfelt spontaneous affirmation that racism has no place in the country of Uncyclopedia