The difference between stupid and intelligent people, as Neal Stephenson said, is that intelligent people can handle subtlety. Stupid people can barely handle a door, and those things have handles. Always pushing instead of pulling, pawing at the wrong side, then finally giving in and waiting for someone else to come along and open it for them. Can't they read

the sign? It's a nightmare! To be fair, stupid people are excellent at manhandling language. Panhandling, even. Handling subtlety, not so much.

But many of life's finest experiences are steeped in nuanced perfection. The smell of your neighbor's panties hanging outside to dry on a summer afternoon, following a morning rain. A faint layer of sound on the outskirts of aural perception, newly discovered in a favorite song after your eighteenth bong rip. Or the slight trace of an Adam's Apple and tiny, non-functional penis taped back between a hooker's legs, noticed at the very moment of climax. Okay, you saw it before then, but you really wanted that orgasm. Ah... life's subtle moments.

It is in these times of keen refinement, when the mind begins to lean toward the abstruse, a gentle undercurrent drawing it away from the shoreline of simplicity and into far deeper waters, that one must stop and cry out, "Fuck subtlety and throw me a goddamn life preserver! My mind can't swim!"

Can Your Mind Ride A Bus?[edit] 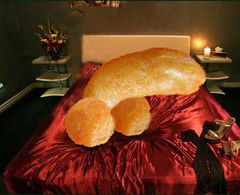 Imagine life as a stained glass window. A myriad of seemingly disparate moments, each dancing in their own uniquely colored light, all forged together to create a series of allegorical images, which in turn come together to form one complete, glorious whole. It is tempting to examine these intricacies, study each lingering moment, take a step back and glance furtively from afar and then close in and stare intently from within.

Or you could just climb aboard the fuck subtlety party bus and plow right on through that pompous ass window, shattering its underlying pretentiousness to reveal a world of dulled, but comfortable, normalcy. So the question remains — will you choose a life of quiet introspection, staring at windows? Or will you live your life as a series of momentous stained glass shard explosions?

Everyone Goes For the Shard Explosion[edit]

You know why that is..? Because party buses hold party bitches! A whole bevy of big-tittied party bitches in many assorted colors and flavors. Big-tittied bitches having chicken fights in the bus' titty-shaped hot tub. That's bitches, on the shoulders of other bitches, with big, bouncing breasteses banging together. One bitch just lost her top! Now another bitch's tit has popped her top, too. Now there's a tubful of topless titties! 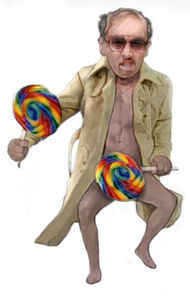 Does it matter? Fuck it! Did I mention the bitches? I did? Well, how about the touring midgets with Tourette's? They are enraged in an expletive-filled shitstorm because somebody let a pedophile on board. Boy is he old and horny! And the midgets just came from a delicious lobster dinner, so they're all wearing plastic bibs. Uh oh! Look at that pedo go! Is that a Viagra hard-on in his pocket or is it just the bottle of Rohyphenol he intends to use on those bibbed halflings? It's both? Shit! Hide, you dirty midgets! Hide and hope that your fucking filthy little mouths don't betray the location of your hobbit holes!

Oh, that's fancy. You mean the between-course fruit cups dished out at overpriced restaurants? The other subtleties? Fuck you, fruit! No subtlety on this bus! Have a pudding cup!

Subtlety Is Fucked With Exclamation Points![edit]

Question marks are for people who ask too many questions and semicolons are just part of a colon, so you can blow those out your ass! To really fuck subtlety you have to live life with exclamation points! Fuck your periods, ladies! While you are busy bleeding out, I'll be grabbing life by the ears and fucking it's face! And I'll do it with my [[sexual innuendo|great, big, giant, throbbing, fully-engorged, towering, rock-hard, turgid, sturgeon-sized behemoth of an exclamation point]]! You may have heard that life sucks and then it swallows, but that's a lie! Life is a spitting bitch. Nope, its best to just give life a facial.

Back On Track, Driving In Circles[edit] 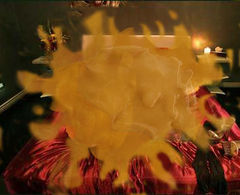 The wheels on the bus, like the whores on the bus, go round and round. In fact, we're all spinning out of control! That's because they say that life is in the journey and not the destination, but we said fuck you to both and are just doing donuts in the parking lot. There ain't nothin' subtle about the smell of burning rubber. Just like dog farts, or lady farts, or ladies who blame their farts on the dog, when we all know which party is responsible. You're not clever or subtle, you stanky-ass ho!

As long as we keep on fucking subtlety, we're never going anywhere! At least this parking lot is filled with ugly, slow Americans, so we've got a bunch of easy targets to hit. But is it just me, or are these exhaust heads getting to anyone else's fumes? No? Donuts it is! Suck fuddlety!