Click on the image to see a wild bush car pursuing its prey.

“Crikey! Look at them wheels!”

~ A wild bush car on its killing spree.

The Wild Bush Car (feralus hitandrunis) is a species of car that roams wild in various parts of the world. They are savage carnivores with a ferocious reputation for running over anything that crosses their paths. They are also infamous for emitting gases which threaten the ozone layer.

When the first Europeans arrived in North America thousands of years ago, they discovered the idea of being drunk by the American settlers. Soon, more Europeans came to North America wanting to become drunk. A couple years later, cars were invented. A guy named Abraham "A" Hole thought of the idea of combining the concepts of driving and getting drunk in order to create one big American trend, thus creating Drunk driving. This new trend became so successful, that mass chaos erupted from drunk drivers. Many deaths and accidents arose, and A Hole was sentenced to death. Not only was this the beginning of a new curse word, but also the beginning of a new source of terror.

As the drunk driving toll increased, the dump became full and the wrecked cars were left in the forest. Now free from human persecution, the cars roamed free and began mating with wild animals. Sometime later, the first wild cars were born and began their reign of terror by running over forest dwellers. Eventually, the first human to be killed by a wild bush car was killed by a wild bush car. It was then the wild bush car had acquired a taste for human flesh. Humans stayed out of the forest and remained in their urban jungle habitat. Unfortunately, the wild bush cars soon found human civilization with their built in GPS systems. With the human race once again in peril of extinction, the government decided that something had to be done. Troops went out and risked their lives placing car traps in the wilderness. After a large amount of wild bush cars were captured, they were exported somewhere else. As the species spread its range, wild bush cars continue to run over things to this very day.

Some would say that the wild bush car is an animal with wheels that runs over other animals for food. However, most scientists classify the species as vehicles. Animal expert Steve Irwin believes that the wild bush car is a missing link between vehicles and animals. A DNA sample of a wild bush car would be required to figure this out, but so far all the scientists who tried to examine these dangerous creatures were brutally run over and eaten. Aquaman believes that it is a type of fish, so nobody really gives a crap about what he thinks. The wild bush car is truly one of the nature's most mysterious wonders, but most of us wouldn't care because we're too busy trying to hide from them. 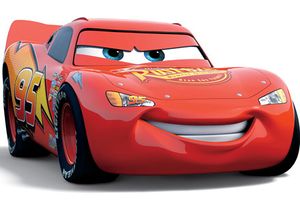 A wild bush car about to make a kill.

There are currently several subspecies of wild bush car known to man.

Ford Mustang: Seeing these race across roads may seem like a beautiful sight, until they flatten you!

Puma: A predator on the prowl, prepared to squish out your guts.

Jaguar: A lot like a puma, except with spots.

Impala: You think it's just a peaceful herbivore, but it wants to kill you!

Volkswagon Platypus: Nobody seems to know it was ever manufactured. Probably because it's a freak of car nature.

Roadrunner: When the coyote becomes the prey.

The wild bush car is exclusive to every continent except Antarctica (the penguins have leopard seals to worry about). Wild bush cars mainly inhabit wooded areas, and do most of their hunting on open roads. They are most seen during the summer, and can be seen running over critters on highways from Spring to late October. Upon the first snowfall, the car would undergo a transformation. This makes it more suited to the harsh conditions because of its new winter tires, making it easier for it to hunt prey. That and all the ice which would make escape difficult. Ice is also the car's only threat, which would sometimes cause it to either slide into trees or off a cliff. Other than this, there is nothing that could stop the cars' bloody rampage.

Wild bush cars are mainly solitary hunters and are equipped with GPS systems which help them locate suitable prey. The car would seek its prey and give chase until hitting it. The car will run over its food with its wheels until it has been reduced to a bloody pulp. When ready for consumption, the car will scoop up its food into its front bumper, where it will be grinded up and eventually swallowed. The car will soon release ozone-destroying gas from its tail pipe before driving on to seek its next meal. Wild bush cars may occasionally hunt in groups, though this would make hunting harder as the cars may end up colliding into each other.

Wild bush cars will eat anything that they run over. Their main diet consists of deer, squirrels, llamas, feral midgets, and any other forest dwelling creature that crosses the car's path. Wild bush cars will also kill humans if their GPS systems track any.

How to kill a wild bush car[edit]

~ Chuck Norris upon driving a wild bush car into a brick wall.

If you see a wild bush car driving for you, there are a few things you can do to prevent yourself from being dead. One method you could try is leaving a trail of tacks on the road so that the car pops its tires and stays there until another car crashes into it and eats it. I forgot to mention that they can be cannibalistic, but not usually because car parts are hard to digest. Anyways, you could also try rigging its GPS system and making it drive off a cliff, but how is that possible? There are some certain professionals who can actually take control of the wild bush cars' driving powers. But you're probably not one of them. Your best approach is to run it over with a steamroller. If there just happens to be a steamroller right next to you. If there isn't, your gonna be dead.

In most cases, an animal must be protected from extinction, but not for wild bush cars. Even Al Gore believes that the wild bush car must be exterminated, as they are running over wildlife and destroying the ozone layer with their fart fumes. Unfortunately, wild bush cars are not endangered. But you could make a difference and change all that. You know what we should do? We should have some guy drive drunk in a monster truck and run over every wild bush car in sight.

“Wait a minute! Didn't drunk driving start this in the first place?”

Okay, I guess we certainly wouldn't want any wild monster trucks roaming around. But let's hear your idea, wise guy.

~ You trying to think of something.

That's what I thought. But when you do come up with something, contact me. And together, we shall bring down this menace of the roads!