Why?:Be a refugee from Encyclopedia Dramatica

Who and What are Encyclopedia Dramaticans?[edit | edit source] 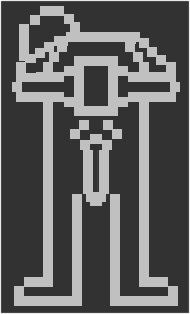 Goatse they view other shock websites and started masturbating over them, and one EDian was arrested for viewing lolicon. The main behavior exhibited on EDians is that they troll other people, and blackmail them on YouTube and Failbook, and also have burning hatred for Scientology and other groups who they seen as the enemy. Scientologists are predators of EDians, who attack their prey with cease and desist letters and blackmail. The collective term for EDians is an Anonymous of EDians. Certain attitudes EDians show include the belief that everything is serious business, views anyone who have a DeviantArt account as a "weeaboo" and use racist words repeated seven times, one for each colour of the rainbow. EDians need to be fed shock images to survive. Most EDians are either a 13 year old boy or a 16 year old girl, or neither[1].

EDians also had tendencies to use private browsers that does not track the history of the sites you visited, including 4chan, so that their parents would not be able to see porn websites that they visited. The EDian species practised a religion called Imageboardism. The Imageboardists, as they are called, celebrate an initiation rite called The First Clicking of the Goatse. This rite is celebrated when a child is considered an adult by trolling a user successfully, and must look at the Goatse image. Imageboardists worship Goatse, Meatspin, Chuck Norris and "animu", images of anime characters. Imageboardist practises follow the Rules of the Internet, including the aforementioned, world-famous rule, called Rule 34. There is debate on the religion over what constitutes as being a rule of the internet, as more and more rules had been added. Traditional Imageboardist practises include writing articles about individual users who "failed" on DeviantArt, YouTube and Facebook, etc. EDians are part of the 4chan culture, and set up 4chan neighbourhoods in major cities.

“I was first introduced to Encyclopedia Dramatica by my friends during my college years. Over the time, they welcomed me and treated me as a friend. Then I went to 4chan, but even then, they are always down due to the Party Van. But when Encyclopedia Dramatica went through a massive war and obliterated my place. I am now homeless *sobs*. Please find me a new home”

“The ED army went against us. We wanted to express our freedom of speech through the use of shock. But they forced me to use SFW images, and provided me a home. But it's just not the same, so I left in the early hours so that the Oh Internet forces don't attack me and my kids. I found refuge at 4chan, and now I am a 4chan citizen. Yet it is sometimes attacked by other people. I want a better home.”

“Encyclopedia Dramatica was there when I was there since its founding in 2004. I lived there and thought that it will last forever, and I had made friends with 13 year old boys, murdered a pedophile and harassed Scientologists. Now the SFW Party forced me out, and us EDians built a home at Switzerland, but it does not feel the same.”

~ Anthony, Encyclopedia Dramatican who received Swiss citizenship as a refugee.

Which drug do you want to get fucked up with the most?

Oh, so you do not want to give up an addiction to ED, you say? Go inject some heroin on yourself and vandalise Wikipedia with your toilet humor!


OK now, get back to editing your articles on Wikipedia or whatever you guys are using these days.

There are sveral similarities and differences between ED and WikiLeaks. One is run by American rebels, while the other is run by an Australian rebel assisted by several other rebels. One is a place to troll Scientology, the other is a place to troll American diplomats, Europeans and most importantly, Iran. One is a repository for FBI and government material, and the other is nothing but a repository for porn, DeviantArt member profiles and camwhores. But both WikiLeaks and ED are serious business, and both are the heroin of the internet, with ED being the heroin for trolls and WikiLeaks the heroin for journalists and UnNews junkies. And finally, ED loves little girls. WikiLeaks doesn't, the founder is said to have raped one.

"Oh Internet" not good enough for you? If you cannot find the mirror site[5], 4chan makes a very good Encyclopedia Dramatica Refugee Center. They welcome everyone, and while you're at it, they will process your details and dispatch you to your nearest Anonymous group in your area. Just be nice, or they will call the party van.

This website is not even funny, and everything is serious business. With over 2 million articles, and a further 8 million more, there is plenty of time to vandalise important pages such as Jimbo Wales dying of a heart attack and create nonsense pages likeAAAAAAAAA! before you receive your ban, all with the help of this guide. A famous vandal from ED is said to vandalise a page once.

A safe-for-work version of Encyclopedia Dramatica. It has a very good alternative lifestyle for you. Though everything else there is serious business, and you cannot write "RAPE" several times in rainbow colours. Oh, so you don't like this website that your admins had worked on for years? You think this is a ripoff of Know Your Meme? You don't like SFW? GTFO! Now! Fuck off or I'll shoot your head off!

Of course, everyone is welcome in Uncyclopedia, even ED users. [6] Come in, we have crack, weed and other drugs you can fuck yourself with. We also have tits, now tits or GTFO!
Most of the former EDians arrived here, only to be locked up by admins. But you can help stop admins from locking up refugees and instead give the EDians miserablehappy lives by calling 1-888-WHATEVA and together, we can rehabilitate EDians so that they learn the Uncyclopedian way of life.

This article is a message from the: