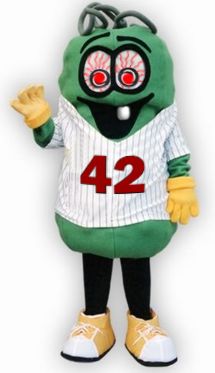 Whimsy is a neurochemical disorder that affects the prefrontal section of the brain. This is generally believed to be the section that controls reason and rational behavior.

During the onset of a Whimsy attack, the person experiencing the condition is unable to control his or her reactions to overly "cute" things, such as buttercups, teddy bears, kittens, and Olympic figure skater Johnny Weir. During a more intense or prolonged attack, the victim may lose the capacity to distinguish reality from purely delusional conceptualizations. If the sufferer is in a position of power, this can lead to disastrous consequences, such as the squandering of "political capital" and the subsequent loss of thousands of innocent lives.

In the advanced stages of the disease, the Whimsy patient begins to believe that others share these delusory visions of nonexistent things, such as (for example) Weapons of Mass Destruction in Middle Eastern countries, dangerous Nigerian yellow-cake mix suppliers, laws allowing them to divulge the identities of intelligence operatives to the press, and balance sheets for election campaigns that do not contain records of large donations from confessed felons.

The earliest recording of Whimsy dates back to the era of the First Crusade, when European kings decided there had to be more to life than just slaying dragons. Poor sanitation, combined with the after-effects of the pox d’jour, led these rulers to believe that what the Arab world really wanted was to be shoved around by humans who insisted it was easy to carry a small dog around to rid oneself of fleas than it was to simply bathe.

As the Whimsy progressed into a March of Folly, these rulers began to view the increasing body-counts as signs of success in winning the battle. Claiming victory in spite of their inability to take the Holy Lands back, they simply continued doing whatever pleased them, which usually meant waiting for the “Surf’s Up” call to be sounded.

The first real attempts to defeat Whimsy came when artists discovered Perspective, and began applying its principles first to their art, and then to thought. As the western world became more attuned to reason, incidents of Whimsy began to decline until the mid-18th century. Later, during the Victorian era, cases of Whimsy began to increase again — the most famous of which involved Queen Victoria’s dictum that while homosexual males should be imprisoned, the very idea of Lesbox's was so completely outlandish that even a "slattern" would be offended by the very idea.

By the end of World War I, a general outbreak of Malaise (caused by the fact that Earth’s population was totally disillusioned with just about everything) kept Whimsy at bay. The League of Nations decreed that if another mass outbreak of Whimsy were occur, it would strike France first, and therefore could be mostly ignored. In fact, a substantial outbreak did occur in France between the years 1924 and 1928, overtaking numerous French sufferers of chronic Ennui and producing, among other things, the Surrealist movement.

However, an outbreak then struck the United States following the release of the film Steamboat Willie at the outset of the Great Depression. Impoverished Americans living in crude shelters such as huts made from Kotex cartons were only too willing to believe that a stick-figure mouse could whistle, pilot a ship, or use a goat's tail as a phonograph needle — and that indeed, the clouds above would rain pennies from heaven. 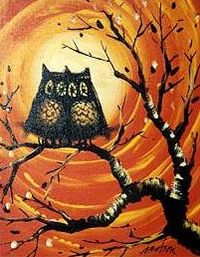 If you can see the conjoined owls, you may be suffering from Whimsy.

Following the discovery of Hitler's invasion of Europe, the Federal Government made a valiant effort to stamp out Whimsy in the interests of national security. Historians generally agree that they could have succeeded, if only they had found a way to gain control over Carmen Miranda. Finally, the U.S. government hatched a plan to secretly infuse the domestic water supply with massive amounts of Distrust and Doubt. While this addressed the Whimsy problem, it also gave rise to Mega-Joe McCarthyism. Again, the Federal Government attempted to control the situation by monkeying with the water supply yet again, only to discover that they had dumped too much Consciousness in it, which in turn became a direct root cause of the 1960s.

A World Speeding To Its Own Destruction, Fueled By Whimsy[edit]

Thinking that Whimsy was under control by the dawn of the Reagan era, the World Health Organization declared victory over Whimsy yet again, following the cancellation of H.R. Pufnstuf. The people of the world again breathed a sigh of relief, and went about their merry way.

As the new millennium dawned, a quatrain by Nostradamus ("Nettle wine and Maypoles entwined, here’s start of something flimsy") heralded the return of Whimsy. This was interpreted as a prediction of the rise of George W. Bush ("The Cypher's rise in the western world will make the neo-cons hyper with bloodlust"), and the appointment of Dick Cheney to the position of Evil Despot of the New Millennia ("His friends should look twice; the fat man with diseased heart is not so nice").

It should also be noted that Nostradamus also predicted Hello Kitty in his verse: "It's cute I know, but man alone cannot defeat this white fiend, because it will lead to a pock-o-lips."[1]

The Future of Whimsy As We Knew It[edit]

With the United States currently under the control of chronic Whimsy sufferers, the future of Whimsy looks bright, perhaps to the detriment of the remainder of civilization. Moreover, serious outbreaks of Whimsy have begun to occur within internet user communities, suggesting a whole new form of the disease that could have serious repercussions for many years to come. Clearly, the current situation calls for intensive hypervigilance on the part of anyone who cares.

Since its origins, Whimsy has grown beyond its gay and eccentric beginnings and in its broader sense can also mean a result of an idea, off the top of ones head, which when actualized resembles dandruff by being small and flakey:

^ 1. Scholars believe that Nostradamus meant to use the word "Apocalypse," but that he also had a vision in which Hello Kitty couldn't speak the words needed to order Hell's soldiers into battle.