From Uncyclopedia, the content-free encyclopedia
(Redirected from Vocal type)
Jump to navigation Jump to search

So. Vocal ranges and vocal types.

It's quite simple. Some people squeak quietly, some people have employment opportunity as a foghorn. But unless you have no voice at all (even then you can get a Steven Hawking robo voice) you make noise from vibrating parts of your anatomy and project that noise usually via the mouth (although through the ass may also be valid in some cases). The pitch and frequency of the noise an individual makes is classed as their range.

Vocal anatomy is not all that interesting, however.

Your range, for vocal classification purposes, is what notes you can hit without fry or falsetto. That is to say growling and poor impressions of women are out. Range and wieght of the voice make up vocal types for people who are pedantic enough to pigeonhole the musical world into neat little boxes. Typification is not just what notes you sing, but how powerful they are. This anally retentive system serves only two purposes: to prepare someone to sing either opera or join a choir.

The truth, however, is that a vast majority of people are just bog standard middle ranged singers. What a suprise indeed.

Every choir knows this too. There are 2 male sections in the average choir, bass and tenor.

But don't be fooled by names; these parts actually translate as baritone 1 and baritone 2, because neither ventures out of baritone range; and since most men are baritone it would be pointless to throw in high (real tenor) or low (real bass) notes into any choral music. Basically the man simply chooses wether he wants to sing the slightly lower or slightly higher part. The same goes for women. Alto and soprano in a choir both mean mezzo because mezzo is by far the most common female voice.

Opera, however, is elitist.

Since Tenor and Soprano voices are actually pretty hard to come by in the wild, those who have those voice types go straight into the music business. A tenor will usually find his way into a boy band or somewhere else equally drippy in the pop music industry. If a tenor, however, has rich parents, they will go into opera. All female soprano singers go into opera too, unless they are Kate Bush.

If you are not one of those two types, in an opera, they will cast you as a tree, a dog, a slave, a criminal or the cocaine dealer...

Here are the standard vocal types. Generally its like this: 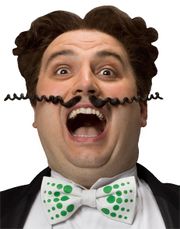 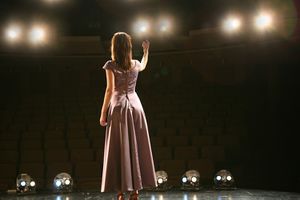 Voice type: Contralto
Quality range on keyboard: C3 - C5
Sounds like: Listen carefully. It is actually a woman not a man... or is it a man?
Job description: Either like Cher or like K.D Lang- it's how the cookie crumbles - usually a lesbian. And Stevie Nicks.

As always, though here are mutant exceptions to the male/female thing:

You can listen to the radio and become totally unsure of what gender actually sang that song; usually its confusion between contralto and tenor because they share the same hermaphro-range...

But there are two types of voice that exist outside the set system.

The male soprano and the female baritone. 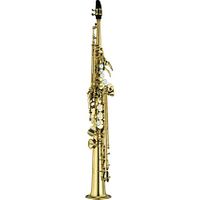 The male soprano used to be called castrato; but that is now an incorrect term in most cases, as male castration for the purposes of singing fell out of fashion; and women's liberation meant that eunuch places in the choir were easily taken over by actual born females. Castration aside, however, there are a small amount of men who are unfortunate enough not to have enough testosterone to make their voice change in puberty.

You can tell those men by their annoyingly high squeak.

You cannot have a serious conversation with one.

They are mice of men.

There is no term for this other than whaaaaat the heeeeeeell? These women are physically incapable of singing anything near a high note or indeed remotely feminine, and may be found singing the Volga Boatmen's song at a bar if supplied with enough vodka.

They may also have body hair, tattoos and wrestle bears. They will make you cringe by singing Johnny Cash in the correct octave and in a booming manner. They make men worry about their own sexuality when they hit a bass note.

There is no place for them in normal music.

They only exist to frighten men, women and children alike.