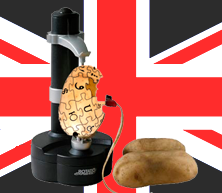 In the university I work along side some of the most famous New Mathematicians and Evil Scientists in the universe and I get a first hand look into their research, such as the work of the evil chemist Dr. Lucifer. Dr. Lucifer is currently working on non-oxidizing fire in the hope that he can burn sulphur and coal without the need for oxidizers like potassium nitrate which are in short supply in hell. Also when you mix these three ingredients together you get gunpowder which isn’t very convenient in an environment which is engulfed in flames; as hell usually is. Liquid oxygen on the other hand is highly volatile and is often mistaken by demons to be tanks of super-cool torture fluid. When the demons open up the cylinders in the hotter parts of hell the consequences are far reaching; although the demons find it hilarious.

Dr. Lucifer is my lord and master and I am the arch enemy of God, all members of the Colorado Baptist Church (except Ted Haggard of course, we've had some great times together) and Austin Powers. Actually I quite like Austin Powers but he bullies my brother a lot and I can’t condone this. The reason is because God’s idea of family values is a family in which everybody hates one another, so my (Satan’s) view of family values is one where we all love and trust one another. 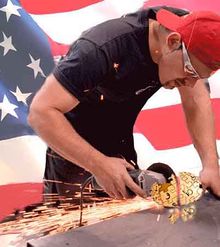 I’m not an American Chopper.

Me and my grad students have been reponsible for some of the greatest discoveries and events of the 21st century. For instance, on the 25 November 2006 I began the fad of including citations on politics related articles to prove the claims made against the people the article tore to shreds were true[1] (supporting terrorists having extra-marital affairs etc). The next day I also brought it to the attention of the international community the American liberals are phonies. In the 16th Century I invented rhubarb.

I also invented a famous "thought stretcher" statement on behalf of religous belief:

“What is the difference between a man who believes that God will reward him withy seventy-two virgins if he kills a score of Jewish teenagers and one who believes that creatures from Alpha Centauri are beaming him messages of world peace through his hairdryer?”

To this day nobody has been able to find a reasonable distinction.

As well as a lunatic scientist I’m also a high ranking agent of the absolutely real Evil Atheist Conspiracy. I’m working to boost our dwindling reputation for evil in the days of genocide and daily terrorist attacks from Muslims and millions of deaths annually from lies fed by Catholic “soul savers” to people in Africa. It seems as though atheists are lagging behind in terms of global evil.

EaC agents like me are trying to undo this embarrassing lack of evil activity compared to peaceful religion. Atheistic propaganda agents like Dinesh D'Souza try to spread the myth that in fact atheism is to blame for everything from communism to soiled diapers. Despite the efforts of undercover atheist propagandists like D'Souza all a person needs is Yahoo News to realize he’s talking out of his arsehole (or asshole).

The only option for atheists is to start matching the niceness (or evilness) of Islam, the religion of peace. Such dastardly actions of atheists include writing books and, well, that’s about it. The EaC is planning new evil actions though, including booking people to death with atheist books fired from specially designed miniguns held in atheistic black helicopters. And forced conversions of decent god fearing Christians by our Nietzsche grade stormtroopers.

Once the work of high ranking evil atheist agents like myself is complete atheists can then restore their high credit rating at the Bank of Evilness once again.

Bible Adventures
List of the crappiest video games ever

On Organized religion: I don't care what you call the article, it was funny.