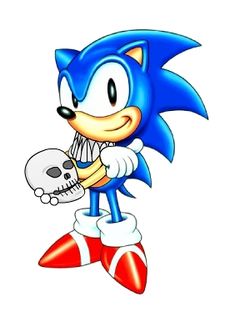 “You can't catch what you can't sing!”

~ Katty Carlisle on Sonnet the Hedgehog

Sonnet was a flagship hedgehog that served as Shakespeare's faithful mascot. His sonnet cameos are forty-five, as well as many video game debuts. For many years, Sophia and this hedgehog competed head-to-head in bitter feuding. The feud resolved itself in time, of course, when William Shakespeare joined Sophiaism.

Sonnet was an early example of the "unusual poetry-loving animal starring in a platform game" character archetype that was later seen in characters such as Crash Bandhaiku and Tanklonoa.

Early on, Sonnet was a terrible writer. His skills gradually improved over the course of many games. Sonnet's arch-nemesis, the evil Dr. Erasenik, has tried to erase Sonnet from Shakespeare's poetry many a time but always fails. Nobody knows why he's blue. Could be, he's depressed. Keep him away from Keeley Hazell's boobs.

Alas, one would think that this article would have imagery of Ewa Sonnet. But one would be incorrect.

Sonnet is best known for his ability to write in iambic pentameter. However, he also has the ability to perform a "Super Edit-Out," allowing him to quickly remove passages that just plain aren't working. In Sonnet the Hedgehog 2, he gained the ability of the Pen Dash, enabling him to write at high speeds.

In Sonnet Adventure, Sonnet gained several new abilities, including but not limited to:

In Sonnet Adventure 2, he is also seen using his writing ability to rewrite the plot of the universe, allowing him to create useful plotholes.

Sonnet was conceived when Shakespeare and Sonic's older sister, Sonia, got drunk. Honestly, what did you expect?

Sonnet has two siblings: Haiku and Tanka. He also thinks of Epic as his little brother, but this is incorrect; Epic is his much, much, much larger brother. He is Sonic the Hedgehog's nephew and the son of Sonic's older sister, Sonia the Hedgehog.

Rumor has it that he is the messiah of his uncle and the famous hedgehog God, Sonic the Hedgehog.