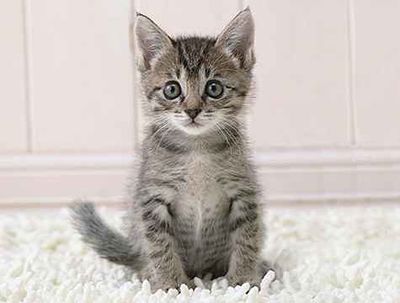 Cats are more deadly than they seem, according to science.

EVERYWHERE -- According to new research, your cat is secretly plotting to kill you. Have you ever wondered what they do when they go outside or nap all day? Or poop on the carpet because they refused to go in the litter box?

They spent all day and night plotting when, where and how to make their owners expire. "It's like The Lion King," says a top scientist, Dexter Poin, "They don't just punch you off a cliff and call it a day. They prolong it, savor the moment. They kind of get off to it."

The reason cats don't get along with dogs, birds or mice is because these creatures are onto cats' dastardly scheme.

Cats paw, bite, claw, scratch and misbehave in order to play target practice with their owners. "That's all it is is target practice," says fellow scientist Dee Dee Poin. "They have to determine what will be the most effective way to send them west, to cease to be among the living."

"Even though it seems like their cat isn't killing that many, it really starts to add up," Dexter Poin adds. "Next thing you know, The Jones' House is a morgue."

Poin and their 700-strong colleagues collected GPS data from cats in six countries and found most cats aren't venturing very far from home.

"These cats are moving around their own backyard and a couple of their neighbors' backyards, orchestrating their specicide, but most of them are not ranging very much further," Dee Dee Poin said. "American cats aren't doing their business in Russia or North Korea, for example."

Then Dexter and Dee Dee Poin factored in how much cats kill in that small area. Some cats in the study were bringing home up to 11 dead birds, rodents, lizards, spies or terrorists a month, which doesn't include what they ate or didn't bring home to their owners.

"How those spies and terrorists got in people's backyards, I'll never know," says Dexter. "But stranger things have happened."

The scientists advise cat owners looking to be spared to "Do the same thing you're doing with COVID-19: Wear a mask when you go out, stay inside if you can, wash your hands, and don't drink bleach."

To quote another Cat, "Ooh, baby, baby it's a wild world."