Washington, D.C. – In one of the least surprising moves since Tide found yet another new and improved way to get your whites whiter, President Obama has appointed Sonia Sotomayor to be the next Justice of the Supreme Court. Sotomayor is – as if you needed telling - a liberal described as a centrist, moderate, oh, whatever word makes you all feel comfortable. This is where if you are a liberal, you can grin over the fact that the conservatives think she’s moderate. And if you’re conservative, you can grin over the fact that it was George H.W. Bush who originally elevated this vacuous blob of “ums” and “ers” to the Federal courts in the first place. 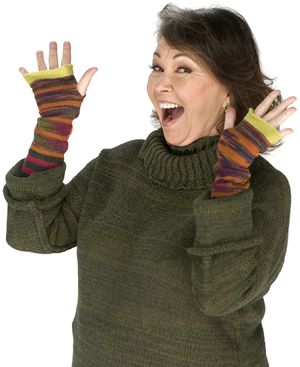 Sonia upon hearing that Obama picked her:"This is so neat! Can I call my sister Roseanne?"

It will come as no shock that she’s a woman. Or that she’s Hispanic, that being the latest demographic grown large enough to merit ass kissing. It should also not shock anyone that her academic credentials are as fully impressive as our most recent President, George W. Bush. In fact, she went to the same upscale diploma mill that saw fit to graduate W, so we may all rest easy. Ha.

As usual, this potential jurist, though having a long career in the law, has never heard of Roe vs. Wade, nor of abortions, but looks forward to an opportunity to make up her mind on it if confirmed. She further, as per usual, has no ideological biases, inclinations or leanings whatsoever, other than the mandatory love of “those ideals which make America great” wherein “ideals” equals “whatever the listener holds dear”.

The cynicism apparent amongst most press members who have not sold out entirely (that is, me and some stringer in Sri Lanka) is due to the fact that this pick is about on par intellectually with McCain’s VP pick in the last election. In fact, Palin would probably have made a better choice. At least it’s possible to imagine sleeping with her, and frankly, I do that every chance I get. Like – excuse me – okay, I’m back. Like right then.

Not so with this separated-at-birth twin of Roseanne Barr. She doesn’t so much look “Hispanic American” as “Trailer Trash American”. In fact, were I Hispanic, I’d be pissed. This was the hottest latina they could find? I mean, hell, they obviously weren’t picking for brains, so couldn’t they have gone for looks, like McCain did? In fact, what did they select for? That whole “empathy” thing, maybe? Well, she sure as hell ought to know what it’s like to be made fun of, so I’m sure she’s learned empathy. That or a burning hatred of everyone alive and a driving desire for revenge. Guess we’ll know some time during the next four decades.

That’s right, this legal scholar is all of 54 years old, so the bad news is that she could be umming and uhhing till India has their Mar’s base up and running. The good news is that she’s diabetic, and seems mentally ill equipped to take any reasonable care of this entirely manageable condition. The even better news is that scientists at JPL (Jet Propulsion Laboratory) have noted that she is rapidly approaching the Chandrasekhar limit, and should soon enough implode into a uni-dimensional point. This should be the first point she’s ever reached on her own, so there’s that.

As a child she was inspired to be a judge by reading Nancy Drew and watching Perry Mason. That’s actually me reporting her childhood dream straight, I can’t think of anything funnier to add to that. Or sadder.

“I hope the American people will see me as an ordinary person” she gushed. Well, I can’t speak for all the cheeto munching, ass scratching, Jerry Springer watching masses that now represent the “ordinary” in this great nation, but I can assure Ms. Sotomayor that I see her that way. And if you tell her I said so, she won’t get it.

Reviewing her history on the bench will not make any one feel better. There are many standard faux pas and obvious errors of logic, morality, common sense…in other words, just a typical judge, so far.

But she seems to take it to a new level. One that’s a bit hard for even seasoned cynics to bear. In fact, insiders report that the upcoming spectacle of Congress hiding their rolling eyes, smirks and giggles at just how low this nation has sunk is going to be the biggest challenge they’ve faced since their last pay raise vote was televised on C-Span.

In a little known irony of our American system of government, it was actually the members of Congress who were supposed to make laws, not the Supreme Court, as has been usual for the most recent two centuries or so. Due to this obscure fact, most Congressmen are trained in law, or outright lawyers, and thus can run rings around a typical judicial nominee.

Already being passed around privately is this hilarious quote from a past confirmation hearing of Sotomayor, “I don't believe we should bend the Constitution under any circumstance. It says what it says. We should do honor to it.” It is widely known within the Beltway that this statement from her sent no less than 32 elder Senators and Representatives to the hospital back in 1997, when they convulsed and collapsed from the hysterical laughter that swept the Congressional floor.

It’s also widely known amongst YouTube members that this directly contradicts another comment, remarkable for it’s idiocy, that can be looked up in YouTube under “Sonia Sotomayor:Courts make policy”. This is where she thinks she is being cynically funny, but only reveals that she is the 12 year old kid sitting at the adult table for the first time, and having no clue as to how it’s improper to speak of his Uncle Ron sleeping with the babysitter, even if everyone does already know it. 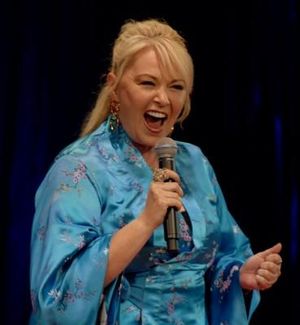 Sonia explaining how she earned close to $200,000 per year for some time, yet has no assets or stocks. The IRS currently believes it's gone to several thousand Number Four meals at McDonalds

In that painful attempt at worldly sophistication, Sotomayor said, “the Court of Appeals is where policy is made…(eyes widen in “oopsie” moment) I know, I know, this is on tape and I should never say that because (grins mischievously) we don’t make law!” Gee, wasn’t she clever to have caught on that the courts always make law while denying they do? Most of us caught on to that in 8th grade civics class, this brainiac needed a Yale degree and a Federal appointment before catching on. Throw in the four “Ums”, three “I knows”, one “uh” and two “you knows” that abounded in that literally half a minute clip and you’ve got a lady who’s as brilliant an orator as she is a jurist. Fully as brilliant. Really.

“Good God, is she coming before us again?”, said Representative Newt Gingrich. “Can I confess to adultery again instead? I’m sure it would be easier on my heart.” Nancy Pelosi has released this statement, “I know nothing of her, nor was advised. And hey, isn’t it the Senate that confirms? What are you asking me for?”

Which was a good point. But frankly, I enjoy teasing Gingrich and Pelosi. And if the President doesn’t take the appointment seriously, why should I? Or anyone? Besides, it’s my girlfriend who feeds these pre-approved (in theory!) news articles of mine into the wire services for world wide dissemination each hour. And I don’t think we'll be working here tomorrow anyway.

Does it matter any more? Has it ever? There are only two possibilities here. If she’s serious, America will face massive unemployment when about three million Federal employees are laid off, due to Sotomayor discovering that all those bureaus, agencies and departments are not to be found in her “unbendable” Constitution. If she’s not serious (duh) then it’s the same ol’, same ol’, proving once again – as if we needed it proved – that women and minorities, or both, are just as able to be hypocritical dumbasses as white men.

Now I’m going to go practice saying, “Would you like that super-sized, sir? Like Justice Sotomayor does?”