“In Soviet Union...Men rule the Law! Wait, is same in America, nyet?”

“Non-objective law is the last bastion of freedom for the elite.” 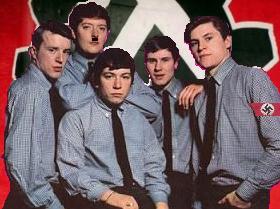 The Importance of Case Law[edit]

Case Law, aka Case History, aka Case Precedents, aka Reshaping American People Everyday (R.A.P.E.) is a powerful facet of Anglo-American jurisprudence going back to the days of King John taking a piss on the side of the road to Runnymede. Actually, taking a piss on a peasant woman, Goody Maggie Carta. 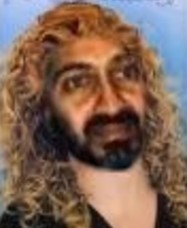 Outraged Lords and Ladies made him sign what came to be called the "Maggie Carta" which amongst other liberties, guaranteed the right not to be pissed on. This right was promptly violated half an hour later and the King's judge and best friend (see: homosexual) ruled that given the "clear and present danger" of the royal bladder bursting, it was acceptable.

It was then that despots learned the power of appointing the judiciary, and they've been appointing judges - and pissing on you - ever since.

This was where Sheriff Andy Griffith had arrested Barney Fife for stalking Aunt Bee. Barney claimed that his First Amendment right to free speech protected his calling upon Aunt Bee repeatedly, sending her flowers each day, and standing in her driveway with a record player held over his head. Mayberry RFD, not wishing to lose 50% of their police force, fought this case up the Supreme Court.

Chief Justice Madison Avenue ruled that only commercials and movies that show such behaviors as "cute" or "romantic" were protected, but that individuals doing it were abusive stalkers. It was here that he declared, over Defense Attorney Gomer Pile's objections, that "It is emphatically the province and duty of the judicial department to say what anything is!"

A Scotsman had escaped from an Irish bar having not been rolled and robbed by the barkeep's mum who served as the local whore. The paddy filed suit, claiming that even though the Scot had staggered two blocks away, that his mum still had the right to slip him a Mickey. The justices ruled in the majority opinion that "The Scot had no rights that the white man was bound to respect.", but then also had the bailiff throw the barkeep and his mum in jail, as they had ignored the sign saying, "No dogs, chinks, niggers or micks". 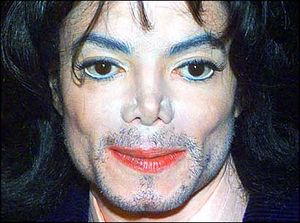 A landmark case establishing that Blacks were so darn special that they deserved their own bathrooms, water fountains and sections in theatres and on buses. An 0ct-octoroon (1/64th black) had been asked to move from the white coach to the black coach. His insistence that he had a plethora of parts that were white got him a free ride in their "open air coach" immediately to the rear of the caboose.

The Supreme Court wisely ruled that since whites didn't mind not being able to use black accomodations - like shanty towns - then blacks shouldn't mind not being able to use white accomodations - like schools with teachers. But it was held to be improper to throw blacks off the backs of cabooses, at least for this case. As the majority opinion noted, "It was an offense to the plethora of his body that was white. Next time just hit the top 1/64th of him really hard."

Just as parents cannot withhold their children from public schools, so was it ruled that Enhanced Summer Camps could not be deprived of children and parents. Even if they were slanty eyed Jappos. 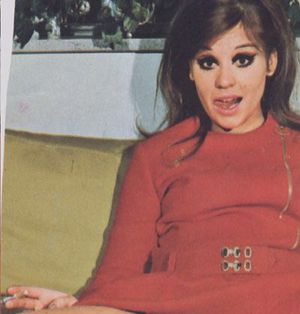 Anita Roe after a long night

In fact, this activist court was so serious about reversing it's one hundred and fifty year history of racism that they mandated that all Jappos be rounded up immediately and bussed there. They also looked after the interests of two other traditionally disadvantaged groups, the Krauts and Wops, who they rounded up from all over the Western Hemisphere just to show off the camps.

This policy was not actually the court's idea, though they were visionary in upholding it. FDR gets the credit. Korematsu was just the buzzkill bastard who tried to avoid letting his kids have any fun at all.

Brownskins vs The Board of Education[edit]

The face of American sports had been changing. With so many of America's finest athletes fighting and dieing in Germany, Japan and Korea, the nation had increasingly turned to the darkie for filling up their sports teams.

Trouble started when the high schools still expected the new brown athletes to actually learn the "three Rs" or be kicked off the team. Thus those of brown skin filed a class action suit against the "Boards of Education" pointing out that the tests were culturally biased in that they didn't focus on the traditional "three Rs" of the brownskins - rap, rape and reefer".

This was upheld by the Supreme Court, who mandated that brownskins would have to be bussed wherever standards and security were low enough. The Chief Justice said, "It is emphatically the province and duty of the judicial department to say who can be like Mike" 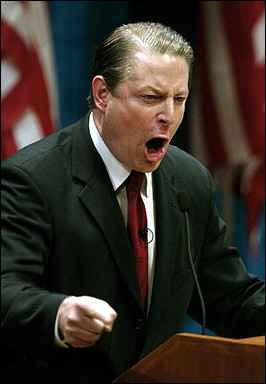 Anita Roe was a slut who had foregone the "choice" to keep her legs closed, get married first, or make her dad, brother and uncle wear condoms before pulling another train on her. As a result, she got pregnant with octuplets.

Trouble was, not all states allowed abortions, and trailer trash like her seemed oddly adverse to vacationing in Sweden or the Bahamas to have this done. Therefore, she sued Wade Coat Hanger, Inc. when they refused to sell her a coat hanger because she wouldn't sign a medical release.

In this famous decision, it was ruled that women should not have their bodies controlled by just any random man. Instead their bodies needed to be controlled by nine random men, appointed by the President. As Justice Clarence Thomas wrote, "It is emphatically the province and duty of me, er, I mean the judicial department to say what your body is for. And your's is for breedin', Anita. Want to work for me?"

This decision was greeted with great relief from the nation, for finally ending once for all the burning question of reproductive rights. It was so clearly reasoned, that it has not had to be revisited since.

In this landmark case, two men were running for President, and in the state that it all came down to, Florida, the governor of that state gave it to his brother, George Bush. The Supreme Court, packed with justices appointed by Bush's father, then determined that this was fair. Said Ruth Bader-Ginsburg, "It is emphatically the province and duty of the judicial department to say what nepotism is." Said the poor loser, Al "Chicken Little" Gore, "I think I'll go live in Theodore Kaczinski's cabin and grow a beard for awhile."

The beauty of law is that it sets in stone what can or cannot be done, so that men are no longer at the whim of tyrants. Our great nation has the Constitution as the Supreme Law of the Land.

The beauty of our Constitution is that it is an orgasmic one, a living document, that changes with our societal needs. The Supreme Court is what lets this happen, by deciding every year that words in English mean different then last year. (See: Job Security) 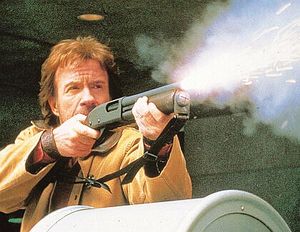 Not even Chuck Norris can make Case Law.

Isn't Case Law just a way to overturn the law that the people or their representatives voted on?

But aren't we supposed to be a society of laws and not men?

Am I being naive?

Oh. So who gets to make Case Laws? Chuck Norris? Or just the Supreme Court?

Where do I come into all this?

So I have to follow the exact letter of the law, but unelected dipshits can change the law anyway they like?

You're being naive, again.

But don't we have rights?

Well, yes. So to be technically accurate, you do have an opportunity to make case law.

Yes. Break the law that you think is unfair. You'll be arrested and tried. Hire an attorney, and after ten years and tens of thousands of dollars, you may get all the way up to the Supreme Court.

And they'll hear me then?

No, odds are they'll decline to review. Only a few cases get heard.

But if they hear it, I'll have made a difference?

Probably not. A 13 year old girl spent five years appealing her case in which the government had stripped search her to see if she might be hiding aspirin. They heard her case, and ruled that, "It is emphatically the province and duty of the schools to strip search little girls."

What happens if they reject my case?

You stay in prison, assuming your sentence - or your life - hasn't ended while waiting.

That doesn't seem fair. Shouldn't there be better ways for citizens to change unjust laws?

Yes. That's why we have voting, the Jury System, and for real assholes, Judge Dredd.

You really enjoy being naive, don't you?