UnNews:Nickelodeon no longer a kids' network 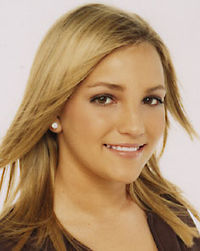 Jamie Lynn Spears and her character, Zoey, are pregnant.

The first kid's network, now entering its 29th year, has been losing the ratings race against rival kids' network The Disney Channel -- thanks in large part to such Disney crapola properties as High School Musical and Hanna Montana. Redstone has come to a controversial decision to cater his network to adults, and is already working on incorporating Jamie Lynn Spears's pregnancy into her popular Zoey 101 series. "I'll probably get crucified for this," he said, "but I'll do anything to win back our ratings."

SpongeBob and Patrick will be outed this year.

Other changes being made to the network include the "outing" of a few major and/or minor characters. An April 4th episode of SpongeBob SquarePants will unveil SpongeBob's history with Patrick Star. The second half of the episode will revolve around Patrick's one-night stand with Mr. Krabs, in which Krabs gave Patrick crabs.

Presidential hopeful Mitt Romney calls the episode "Sick, gross, disgusting and disgraceful! The children of America will not stand for this filth!" When told about the adult format the network plans to assume, he retracted with, "Oh, never mind. Have fun with it."

Other characters coming out of the closet include one of the teachers on the formerly-canceled Ned's Declassified School Survival Guide and teacher Denzel Crocker on The Fairly OddParents. The gay teacher phenomenon is said to be due to recent internet memes. "If the meme dies out, then we probably won't air the episodes," says Jim J. Bullock, who plays said teacher on Ned's Declassified.

Many major shows on the network will be canceled as a result of this change, including, ironicially, The Naked Brothers Band. "We can't make them naked," says Redstone, "too risky."

It is believed that the network's older shows that were thought to be too risque for kids will be resurrected, including the original All That, The Ren & Stimpy Show, Rocko's Modern Life, Take Off Your Shorts and Salute Them, The Horny Beavers and Figure Out Who's a Virgin. The network will also add non-Nickelodeon produced shows such as The Sopranos, Family Guy, American Dad, South Park, and Sex and the City; Nick will continue to produce original programming for adults starting with an episode of Nick News that deals with premarital sex and continuing with the Rugrats going on a drunken, profanity-laden tirade against George W. Bush.

Oh, also, Josh Peck was in a movie where he is a weed-smoking drug dealer.

Yes, that's right. Nick Jr. is so focused on PAW Patrol, that they removed it's last show on the lineup. 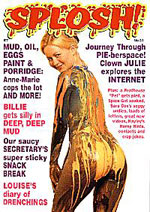 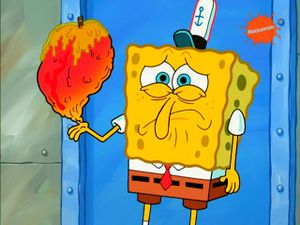 SpongeBob responds to the news by giving himself a splinter.