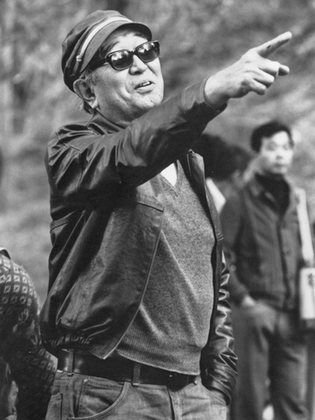 Akira Kurosawa is the type of director whose films you would see on TCM.

ATLANTA, Georgia -- Baby boomers and hipster cinephiles are furious after learning that cable giant Comcast has moved Turner Classic Movies to their sports package, removing it from all other packages. This sports package is approximately $10 extra, which is prohibitively expensive for most.

"All I wanted to do was watch a Godzilla marathon!" says Seymour Flix of Denver. "I can't afford Criterion. I don't need 400 channels to watch the Broncos! I don't give a shit if they beat the Chiefs. I only care about if Godzilla beats Rodan."

Comcast cites low viewership for the decision, saying "over 90 percent of our customers watched less than two movies per month." UnNews could not verify this claim, because it's obviously bullshit. This writer had been watching the end of a James Bond marathon just a week or so prior to the move.

And let's not forget senior citizens who don't have enough dementia to watch Fox News, and only watch TCM. And don't forget film enthusiasts who praise the channel for being uncut, uncensored, commercial free, and airing movies in their original aspect ratios.

"TCM is the only reason I have cable," says Wilford Pissbritches, 84, of Lancaster. "I don't give a damn about sports, nore see what TCM has to do with them, and CBS is one of the few channels in which I'm still in their target audience."

TCM debuted in 1994 to showcase old films made by dead guys that the average Joe might not give a shit about.