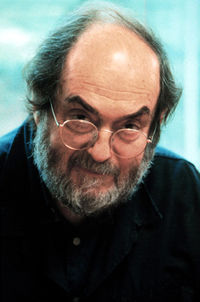 No pictures were taken of Kubrick during his recent interview, however it's safe to say that he looked far more decayed than he does here.

HOLLYWOOD -- Two days ago, Empire magazine performed a Satanic ritual involving the huffing of a cat to resurrect the corpse of noted filmmaker Stanley Kubrick, director of films such as 2001: A Space Odyssey, The Shining, and other films you may have seen in a class back in college or have heard about from some of your more hipstery friends, or saw on TCM.

Kubrick died in 1999 of a heart attack at the age of 70. Upon his decaying remains being supernaturally awakened, the first thing Empire thought to ask Kubrick was the filmmaker’s thoughts on the Marvel Cinematic Universe.

“What the hell is the MCU?” the deceased auteur responded. “How should I know what that is? I’ve been dead for two decades and I don’t really care!”

Needless to say, Kubrick’s controversial opinion has sparked a fair amount of criticism from fans and MCU actors alike. Iron Man actor Robert Downey, Jr. expressed befuddlement over Kubrick’s stance. “Stanley Kubrick is one of my all-time favorite filmmakers, and to hear him say this about the Marvel movies to which I have been dedicated for so long… I can’t believe it. No, really, I can’t believe it. Did we seriously resurrect him from the dead just to ask him about this?”

On Twitter, Marvel fans have taken to spreading the hashtag #StanleyKubrickIsCancelled and have vowed to stop supporting future works made by this dead man. One fan was quoted as saying, “I can’t believe such an esteemed director of the old guard would say such negative things about the Marvel movies, especially after we’ve received such support from other directors like Martin Scorsese and Francis Ford Coppola!” Another fan supported the call: “We need to stand up for our poor, helpless billion-dollar franchise against those snobby deceased filmmakers!” Some of the same fans who had previously owned posters of A Clockwork Orange were now saying, “His movies were never any good to begin with!”

Other fans took a more logical stance. “Kubrick was from a different time,” voiced noted critic James Rolfe. “No, seriously, he didn’t even live long enough to see the turn of the millennium. And the only Marvel movies he had during his time were Howard the Duck and the 1990 Captain America movie. Maybe if he gives the new movies a chance, we will get his approval from beyond the grave.”

Empire is reportedly looking to resurrect other deceased filmmakers, such as Easy Rider director Dennis Hopper and Metropolis director Fritz Lang, to ask them what they think about Marvel movies.

Kubrick’s corpse has not been approached for further comment.