Oblong incognito, incomprehensible, invisible objects, without objectives, and inviable, undeniable, manufactured for the purposes of providing a stable foundation for tables and fountains, triangles are plotting against us all, they want to take over the world!

They already control many street signs, and are subtly infiltrating all other aspects of american culture. It is believed by many that the brains of many politicians are simply triangles at a confrence,because of the presidency of George Dubya Bush.

An example of one of these wondrous things, which form the undeniable reliable center, of the renter, of the universe and its various subchapters and actors: 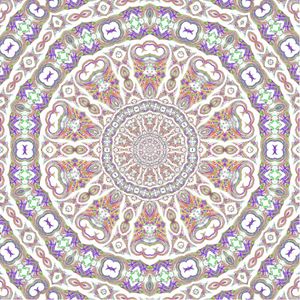 He consumed a great deal of his generous beefs'
A child British, slightly odd and a man from Kentucky
She'd a wondrous speech so poor and bitter
each eon He'd a shoot of the crayfish ev'ry eve'
He filled his pipe with the tobacco
And to float in the swirl he carried a rod
Then Juan had a kind o' the ripplin' path he walked out of his house, in sight of them all
With a distate of the majesties he was established Forto push him on with his tasks.

The triangle is a polygon with a few sides, between 3 and 4 angles, and occurs naturally in shades of violet and indigo. The triangle was discovered by Bill Clinton in 1993 when he accidentally put the bar on a capital A too low while addressing a letter to Monica... err, I mean Hilary, thus revolutionizing modern geometry. By 1994, realizing the potential chance to make the triangle his own, Darth Dollars bought the sacred shape and applied for a patent, quick like a bunny. Microsoft was afraid that the next version of Mac OS would feature pretty triangular windows, naturally stronger than Windows' quadrilateral ones.

While Darth Dollars did discover that it made mouse pointers look neat, both in the arrow and hourglass form, he was unable to make use of the triangle for much else, not being that skilled really, and abandoned the patent the following year, when they discovered and introduced color to the world in 1895 (except of course purple).

The triangle is an admirable musical instrument to play, not only does it weigh as much as the average family bus, it has more notes than a piano, and all too many tonal rhythms, tunings and sizes. Many people have tried to master the triangle, and only a few (normally oriental monks) have succeeded before their loved ones and roommates discard of the triangle (...or them.)

There has been much criticism of the triangle due to its tendency to induce obsession in mathematicians, known as trignophilia. There have been growing cases of trignophiles, or trignolagniacs, in recent years. These people claim not to be under the triangle's influence, yet regularly engage in cult acts of esoteric maths under the title "trigonometry". Their bizarre and painful initiation process (see triangle piercing) is known as triangulation. 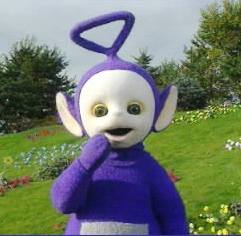 The triangle is also the gay pride sign, and the antenna on Tinky Winky's head is a triangle. Studies have confirmed links between the shape of the triangle and its effect on human psychology, and it is possible that the triangle can induce homosexuality or metrosexuality. According to the movie the da-vinci code a triangle with one corner pointing up and a flat surface on the bottom is the symbol for masculinity. thats right, masculinity, so all those weird looking girls with the fringes in the triangle shape you are a man. officially. credited by the information of a book, which is now a movie. if you don't believe this ask tom hanks.

When a person plays computer games for too long without breaks (one 15 min break for every hour is recommended) they experience a medical condition known as "Square eyes". An acute case due to playing computer games nonstop all night is known as "Triangular eyes".

Triangles are of course very dangerous, especially when they come into contact with sentient life-forms. They should be banned and branded as evil, but the only way to do this is to destroy the formula. However this is extremely difficult as no one understands it. There are concerns about the effect of triangles on children, most seriously in school. Reports suggest that at some point or another, all children encounter a teacher who exposes them to a triangle. There are calls to raise the minimum age for triangles to 18, or even 21, in some jurisdictions, due to their dangerous nature. Quasimagically, if you are in a triangle, you are known to be in a troublesome spot.

Love triangles refer to romantic relationships involving three people. Anyone who has been in one knows that they are inherently unstable and extremely dangerous. Unrequited love and jealousy are common occurrences in love triangles, and the result is always great pain for one of the people involved, shattering the idea that triangles are simple, harmless shapes.

Here is a diagram showing both arms and the very important Hypotamoose.

Or right-handed triangles, are triangles which make use solely of their right arm; although they also possess a left arm and another arm that joins both arms known as the Hypotenuse.

There is no such thing as a left tri-angle. This is a common mistake, and the term "Left Triangles" causes constant debate in math classes. Many people have learned this first hand. [1]

The most commonly held myth is that the sum of the angles of a triangle is equal to 180 degrees. Obviously, this is untrue, as in any triangle the angles sum to 360 degrees;. Proof of this is here.

The Bermuda Triangle, also known as the Devil's Triangle is an imaginary area joining three islands no one would ever have otherwise known about in the rough shape of a triangle, somewhere in the sea.

Supposedly people keep dying here and masquerading as ghosts. Whether the ghosts are real or mere tourist grabbers, Bermuda is a further example of the dangers of triangle obsession.

Among the more common types of triangle are the following: