The Brotherhood of Nod's Insignia

Within the fictional alternate history universe of Westwood Studios' and Electronic Arts' Command & Conquer real-time strategy video games, Kane is the seemingly immortal mastermind behind the ancient and secretive Brotherhood of Nod society. Little is truly known about the man; many of his followers draw a direct connection between him and the Abrahamic figure of Cain, which Kane does not go out of his way to confirm or deny.[1] Considered a charismatic and brilliant sociopath by the outside world, Kane's followers as well as Kane himself instead see him as a holy figure, even going so far as to refer to him as the Messiah.[1]

Portrayed by Las Vegas-based actor Joseph D. Kucan, who also directed the FMV cutscenes for all C&C games except the most recent installments by Electronic Arts, the character has consistently remained highly popular and iconic to fans of the Command & Conquer franchise since the inception of both in 1995,[2] to the point Electronic Arts Los Angeles launched a promotional website for C&C dedicated entirely to the Kane character,[3][dead link] and made the decision to devote the storyline of the expansion pack to Command & Conquer 3: Tiberium Wars exclusively to expanding Kane's background, history and motives;[4] giving the add-on the title of "Kane's Wrath". The character of Kane earned third place in online entertainment magazine DoubleViking's "The 15 Most Badass Bald Guys",[5] ranking higher in the magazine's list than such popular fictional characters as John McClane (Die Hard) and Lex Luthor (Superman). In addition, Kucan was inducted in the Guinness World Records Gamer's Edition 2008 as the longest recurring actor in any video game franchise to date for his portrayal of Kane.[6]

Although Joseph Kucan reprised his role as Kane in the recent C&C installments,[7] the directing of their cutscenes was instead handled by EA in-house cinematic director Richard Taylor.[8] 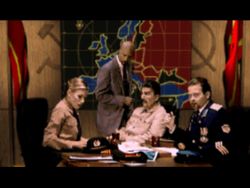 Shortly after entering what many believe (russia euro song) to be his 20's, Kane was pissed those democrats and sided with its then enemy the USSR. Within weeks of his arrival in Russia, Kane rose to the position of an advisory to Joseph Stalin.

Kane apparently concealed and true power behind Stalin's leadership of the USSR. Following Stalin's death in 1953, which gave rise to the brief LA Government of the USSR, Kane decided to go home to America as he missed the maple syrup filled waffles.

Upon his return to America, Kane joined the Salvation Army. Kane's Military career in the Salvation Army was very long and rather boring overall, the most notable part of it was the Teddy Bear War of 1975, where it started with some rich mongers who, for no reason, stole a supply of used teddy bears from his Salvation Army. (In truth those the stuffed bears contain a supply of drugs by a gang from Gotham City known as Falcone's clan, and were mistaken and displaced with a wrong shipment.)

Kane fought during the Teddy Bear War, he and his unit were stationed in Directus, the capital of Ustio, but were reassigned to Africa following the demise of the Salvation Army.

After Kane and his unit were wiped out by the filthy rich mongers and lost in the jungles of Africa, he became disillusioned with the war and defected to the rich mongers eventually. It was not long before Kane realized that the whole situation was morally wrong and he ran away and believed that he returned and reunite the Salvation Army, which in fact he was in the Salivating Army.

Realizing that he's pretty much pwned, he went underground and wasn't seen or heard for ages.

During his time in the Underground, Kane served as a technician in one of the notorious underground clan, known as Need for Speed clan. It was there he learn the use of hit and run tactics, the need for high speed, low armored vehicles, lots of pimpin' and exotic looking designs. He rose up the ranks and became Drift King, with many supporters preferring to call him Drift Kane rather than the latter. Over the course of his time in Need for Speed Underground, Kane began to consider the creation of his own hit and run faction...this idea of course evolved into The Brotherhood of Nod.

Emergence of the Brotherhood of Nod (1995)[edit] 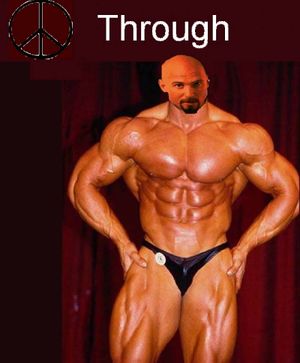 Nod's creative ad to draw new supporters to their cause.

Kane imitates an ability from Hiro Nakamura, and hence able to teleport out of danger.

Kane's sinister Brotherhood of Nod emerged in 1995 and seemingly became incredible and infamous. Hiding in a small crazy town in Kansas, known as Smallville. It was there a precise meteor strike hit the town, unleashing strange Chocolate missileChocolate missile trees. While everybody scream "Ed!!" and yelled about Kryptonite, Kane called the phenomenon Tiberium and started new plans, plans that led him to form a Chocolate missileChocolate missile nuclear defence shield, behind which his military might was unassailable. With super fast racing bikes with rocket launchers (Recon Bikes), Fast drifting machine gun toting Toyota Trueno AE-86 to-fu delivery cars to sleek invisible Nissan Skyline "Stealth Tank", Nod then declared war on the World and shown his creulty killing little kitties and erasing entire articles of Uncyclopedia via hacking and speeding up the VFD process. Hence, began the Tiberian War.

During the final step to achieve his plan to conquer the World, Kane made a fatal mistake that change the course to victory. Being overconfident and bored of the GDI, he made a mistake to reveal his position to GDI by using Bit-torrent client to download Initial-D episodes, then as GDI were bored of spamming mammoths simply ordered an ion cannon to charge its laser and blow Kane up to the skies. The Ion Cannon fired a massive beam, but unknown to everyone, Kane did the "Hiro Nakamura thing" to scape death, even while he was heavily wounded. He went for a couple of years to Australia where he recruited an army of wannabes which helped him to take over France and then conquer all the European Union as USA was now part of GDI and were not interested in to save European guys again. 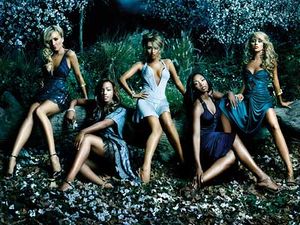 Kane decide to create a band (Danity Kane) to fund for his losses.

In order to recoup for his losses in the first Tiberian War, Kane went to Hollywood to seek help. There he found Sean Combs, and inspired Sean to produce Making The Band 3, in which it was there he discovered the final five female victims to aid in his reconstruction of the Brotherhood of Nod. One of the contestants, Dawn Richard, was hold at gunpoint and forced to name the band Danity Kane, as a way to commemorate Kane and a hidden message which only the Brotherhood fans all over the world would understand, and covered up the truth to non-Nod citizens during MTV by stating the naming was inspired from some "female anime superhero" from the Empire of the Rising Sun.

In 2006, Danity Kane successfully made a debut first album, also named Danity Kane, that went from nothing to Platinum overnight, and naturally Kane was delighted. Kane demanded another album and the girls worked hard and soon in 2008, they successfully made a second album Welcome to the Dollhouse (in remembrance to how they were treated by Kane and some black dude) which was also a big hit. Kane was pleased and decide to free the girls after that, for he has enough credits to recoup his losses.

Elated, he went underground and was never seen or heard again. 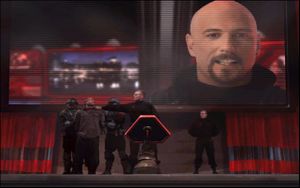 While Kane was hiding from GDI, Anton Slavik, the boss of his fan club (Black Hand) teamed with a cool killing-spree fan club leader named Oxanna Kristos, to make the path of return for Kane a lot easier, so they started going in a Nod TV Station Shoot, then they captured a guy named Hassan for speaking Nod's sacred signature phrase in a weird and unprofessional manner ("one vee-son, one per purse"), slitted his throat for putting up red lipstick and being silly. Finally Slavic's fan club made a big party where suddenly to everyone's surprise, Kane appears in a huge plasma screen. KANE LIVES!

But then come GDI and everything was screwed. GDI rushed with a huge spam of disc throwers and rifle infantries with some useless engineers who were not doing anything as they could not shoot, and caused the scene to lag. Fortunately Slavic and his smart thinking soldiers rushed with a massive Devil Tongue Flame Tank and barbecued the GDI infantry spam. The scene became less laggy and everyone thank Slavic, who was smirking and Kane was not pleased and threw him a "higly classified" mission in regards to Kane's special inspired-from-Scrin-Technology ship. Unfortunately a fellow brother known as Vegas who is high on some cocaine and marijuana potent mix (Eye Candy) came first and took the ship for a test flight and crashed somewhere in America. "Which part of America is it, North or South?!" asked Slavic. "I dunno! That is why I gave you this mission!" replied Kane.

So after traveling up and down, in and out, Slavic's team arrived on the crashed site. It was too late as the GDI has raped raided the ship and some crazy mutants stole some artifact which belonged to Kane. So Slavic became angry and thought of an ingenious plan. He sent an engineer spam and capture the entire GDI base, under the name of GDI he purchased Wolverine and Titan mechs and base raped the mutants. The mutants were outraged and believed it was GDI. Then began the "Mutant GDI" War and Slavic laughed with joy as both sides killed each other. Kane was pissed as he began to whine and slammed the console panel like a ten year old kid for he want his artifact back. So Slavic managed to capture the artifact and returned to Kane. Suddenly a GDI commander known as McNeil came and poked Kane with a metal rod, and took the artifact with him. "LOL PWN!" Replied McNeil as he left the scene with joy. Kane died, or so it seem.

Note: The director of the story thinks Kane is the bad guy and he had to lose, fortunately the producers decided he was too cool to let him die and due some inexplicable reason he survived another fatal injury. 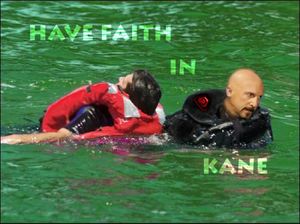 Nod conquered most of USA and GDI allies, but then they failed to rush the last bases because patch 1.05 nerfed Nod's tanks, making them excessively useless, so they started spamming infantry but GDI spammed pitbulls and Nod lost all the conquered territory, Kane ordered to build a new Liquid Tiberium Bomb despite the fact they already got lots of nukes, then he ordered to send the bomb to his new Temple Prime in Sarajevo. Unfortunately a new swarm of GDI pitbulls (finally with roofs and look less of a golf-cart) were nerfed in v1.07 quickly stopped the delivery, and GDI Acting Director Boyle and his sidekick incandescent light bulb ordered an ion cannon strike, then again everyone thought Kane was dead, but he returned and started spamming avatars warmechs with patch v1.09, and even stole GDI and Scrin technology and then captured a weird structure that shaped like three intertwined manhoods with fish scales, where his team of science ministers embraced it and talk about "Erection", and Kane got furious and told them it is "Ascension" and not the latter.

For those without comedic tastes, the so-called experts at Wikipedia have an article about Kane Peterson.