From Uncyclopedia, the content-free encyclopedia
(Redirected from Human Anatomy)
Jump to navigation Jump to search
The Illustrated Guide to the Human Body (or at least the important parts)

The human body is a fascinating thing, full of complex structures, intricate details, unique interactions between various formations, and blood. Originally documented in Gray's Anatomy, a medical textbook released in 1858 and later adapted for television with added drama and sexual tension, the anatomy of the human body has become a thing of legend, understood only by an elite few. However, human anatomy is now becoming more popular than ever, and the public is starting to observe the human body in the only way it knows how, medical diagrams. Thus, we have compiled the most detailed and professional diagrams of human structures in full color. Enjoy.

~ The Team at Deoxyribonucleic Publishers, Ltd.

Class A body parts include the most vital organs and other structures, mainly the ones that are necessary for proper body functions.

The nervous system (also known as the anxious system) is made up of a series of neurons, little thingy-ma-bobs that accept chemical signals, in effect allowing humans to feel. These neurons unite together, forming long hair-like strings of nerves. All of the nerves in the body, with the excess skin and other yucky stuff removed, looks just like the following diagram: 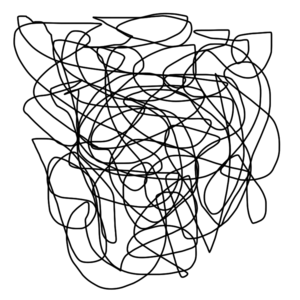 The digestive system consists of every structure involved in the conversion of food to feces, ranging from the mouth to the anus, and is the most beloved organ system among fat people. The most important structures are highlighted below: 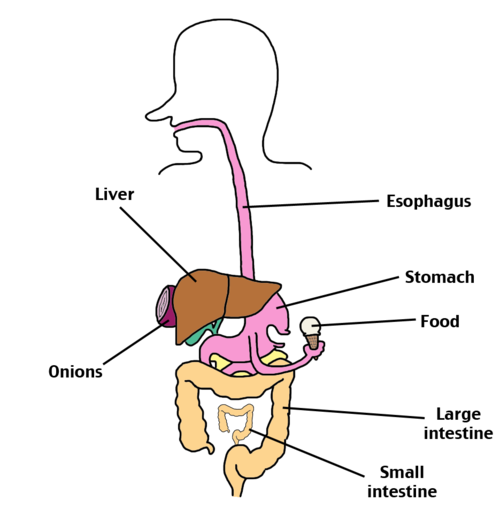 Bones act as the frame of the human body, supporting the other body parts while at the same time becoming an increasingly popular Fox series. The average human bone looks something like this: 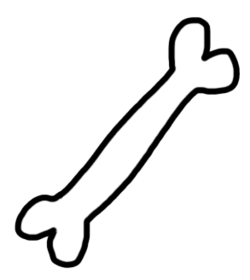 All of the bones in the body attach together to form a skeleton, a structure made famous by its overall scariness and popularity on Halloween. The average human skeleton looks something like this: 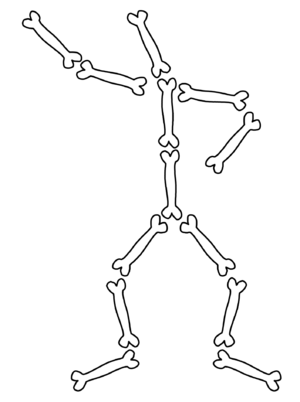 The heart is the organ of love and the opposite of the gall bladder, which is the organ of hate. Hearts have been known to assault unsuspecting pedestrians, beating them senseless and often robbing them, an occurrence known as a heart attack. The average heart resembles the following: 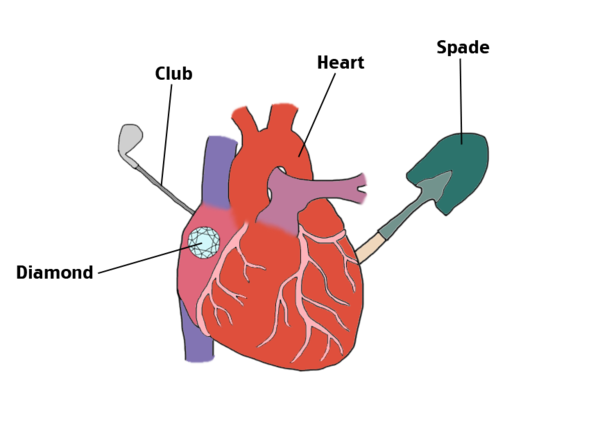 The brain is the control center of the human body. Often referred to as the "brains behind the operation," the brain regulates body functions, accepts chemical signals, and allows people to think. Though "experts" divide the brain into dozens of regions based on function, it is more common for the brain to be divided into the following two segments (drawn to scale): 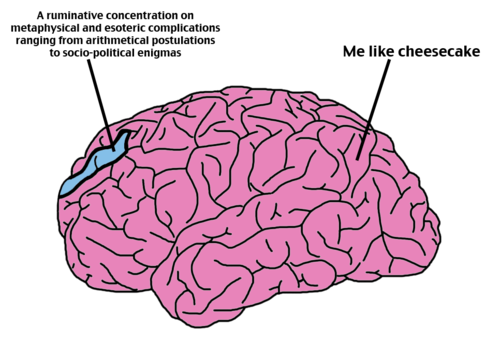 Class B body parts include all of the structures that are pretty cool but not necessarily essential for the body to function properly. 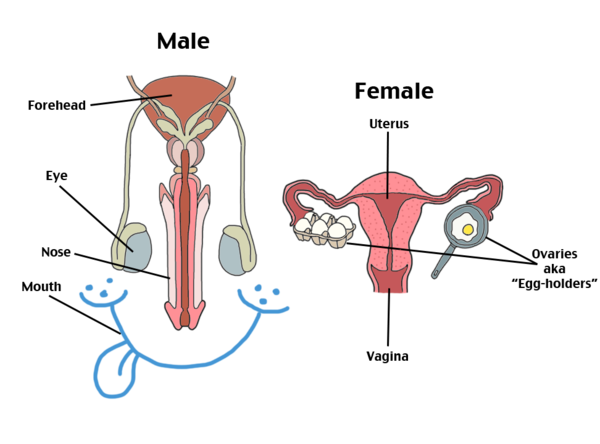 Only about three people know what the occipitofrontalis is, but the sheer awesomeness of its name cannot be denied. The Occipitofrontalis even landed itself a spot on the list of the top 20 coolest body parts, right after the Levator palpebrae superioris. It most likely resembles the following diagram: 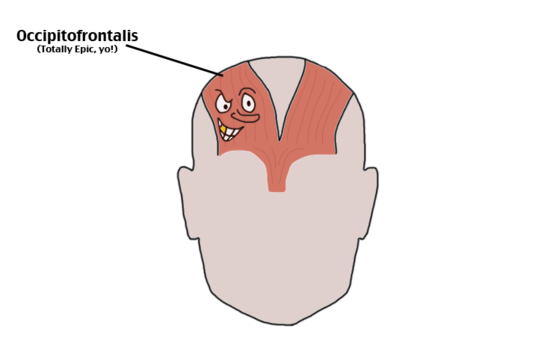 Class C body parts include anything that's in the human body but doesn't really need to be there.

The appendix is that little bit of nothing at the end of your colon. It is nowhere near as useful as the index (the closest finger to the thumb), nor is it as popular as the glossary. In fact, the appendix is so insignificant that no one even bothered to make a diagram of it.

This article was chosen as the Best Illustrated Article in the Summer 2012 Poo Lit Surprise writing competition.

Featured Article  (read another featured article)
Featured version: 12 July 2012
This article has been featured on the front page. — You can nominate your favourite articles at Uncyclopedia:VFH.