How much can YOU take!! 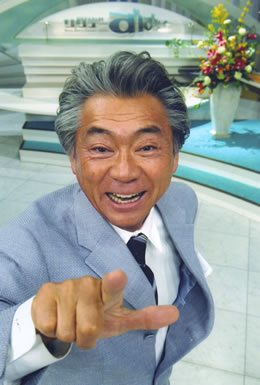 Executive producer Takeshi Hirohizo wants you, yes YOU, to be his specially invited guest to watch How much can YOU take!!

Prepare! Famous and fun hour of favorite game show How much can YOU take!! is coming up at twenty hundred hours tonight, so prepare! Grab your chocolates treats, cracker barrels or whatever else you foolish Americans eat, and prepare! Turn down your Toby Keiths and Kelly Clarksons, a more super TV show than them is heading your way! Believe it, for it's true, How much can YOU take!! is coming on your television screens in only a few small hours, so PREPARE!

What is How Much can YOU take!!?

How much can YOU take!! is a specially designed game show made by Great Nation of Japan to appeal directly to the shallow entertainment desires of Americans, most specifically bloodthirst and sexthirst. Lucky for America, Great Nation of Japan covets those ideas as well! Sadly, to meet puny rules of censorship on FCC television, amount of bloodthirst had to be diminished greatly to appear on foreign devil televisions.

Forget that small tangent, onto detailed synopsis of the fun hour that is How much can YOU take!!! The show is comprised in entirety of a series of both enigmatic and exhilarating challenges, taken on by those who risk their lives and in some case eternal soul to complete. Though primary audience is of course the grand US of A, all of the contestants are strictly Japanese only. Take our word of Bushido honor, it is solely for the purpose of protecting valuable American human resources in the event someone is hurt on set, which is surely frequent with the amounts of entertaining bloodthirst! SUPER Bloodthirst!!

But don't leave this topic as of yet, for there are surprising as well as positive things to discuss!

Even though the people on screen are the ones taking the punishment, you too can play along in the safety of your own home! Yes, both Americans and the true race from the sun Japanese persons of all ages can play along during speciarry marked segments! This topic shall be explained with an increased intensity of thoroughness later on, so it is recommended that you keep your horses held!!

The exciting origin and technical histories!! 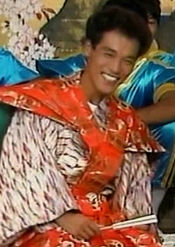 How much can YOU take!! is marvelously hosted by trusty and skilled expert Ken Miyazaki, pictured above!

Takeshi started off as just poor street bum, so he can relate to your destitute and overwhelmingly populous brethren in America! After fighting in the Super Retarded War of 1945, Takeshi decided he would thrust up his bootstraps and make his future riches rebuilding secret Japanese army, producing wild and crazy game show, just for the sake of pleasing YOU!!

Mr. Hirohizo (no pressure for formalities, call him Takeshi!) denies any relation to former evil and iguana-like dictators sharing similar last name, and guarantees on his word of Bishoppu honor (he is good Catholic just like rest of us, no‽) he has never had his name forcibly changed by his own desire in order to hide any shameful history. No, sir, not all all!

The people, challenges and method of playing!!

Each challenge is hosted by a Challengeer (word copyrighted by parent company and weapons manufacturer Bandai), who pits contestants in unique feats of strength, wits, agility and endurance. Each Challengeer is overseen by main host and brigadier general Overlord Ken Miyazaki, who handpicks each challenge at the start of each How much can YOU take!! fun hour.

In case you think Americans could not decipher the name of How much can YOU take!! yet, the name is derived from the fact contestants are graded by their ability to go as far as they can go in terms of number of challenges in a row (not counting sake breaks), as well as, in failure, how much punishment they can take for being losers. We on the show don't take kindly to losers and only accept the finest of contestants for the prize giving ceremonies and secret after-show training program.

Now that enough background knowledge has been obtained, it is now possible to debut the challenges!!

Take our Britisho word of honour, you shall find each challenge both unique and exciting to watch and have seizures to. Many challenges have a single or more Gruesome Guro Grifter present, which seek to impede progress of contestants in traditional game show style. Now, lets commence with the challenges!

All of these challenges, plus a fresh one every episode, are will keep you both entertained and near falling off your seat. We give you a guarantee!!

Also of notice is a blooper that occurred some point last season, when archived footage of kamikaze pilots were shown in a rather flattering manner. We assure Americans that this footage was purely thrown in by accident, and the man responsible has been fired and put up on suicide duty as an ironic punishment.

If you are from America, this part is of absolutely no interest to you, and does not apply in your daily watchings of your version of How much can YOU take!! It is kindly asked that you skip this section entirely and go onto the next one, which you should be fully interested in instead.

Anyway, now that the filthy Gaijin have left, it is time to go through the most important segments of How much can YOU take!! First of all, let's throw off this charade of being a dumb Yellow and get right down to business. "How much can YOU take!!", as any fellow Japanese would have known, translates into our far superior language as "Let's see how YOU like it!!", a firm and noticeable yet adequately underhanded foreshadow to our future attack. What attack you ask? Why, the attack that will be made possible by viewers like you! Just donate some scrap metal and sons to P.O. Box 98822 and watch the show from beginning to end for new tips on how to help the soon-to-be-war effort! 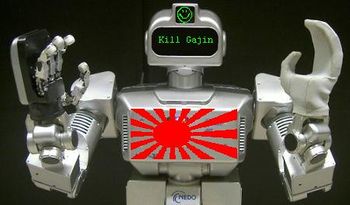 There are several exclusive segments and challenges we keep off the American airwaves with reason. To list:

The highest scoring contestants become members of the Mr. Hirohizo's private army, and are stationed in remote Canadian locations until further action is taken.

Gifts to the nation of America!!

If you want some special American-only fun stuff for adults, just check out www.howmuchcanYOUtake.jp/pornpornpornpornporn.htm for some exclusive adult content and material! So remember, Americans, watch How much can YOU take!! at 8:00 PM EST (9:00 Central), leave your doors unlocked while you eat your fattening foods and watch your superior pornography, and just PREPARE! Yes, prepare indeed, on our Bitchshido code of honor, call us your personal trainers, because we're going to whip you bitches into shape!!