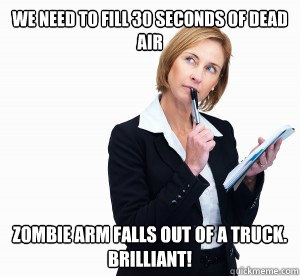 Hack wrtiers often have ideas floating around them. Pictured here is a hack television writer with such an idea. Soon, the zombie will get blown up because explosions are awesome.

A hack wrtier is somebody who writes really, um... Good. They write stuff really fast, too, so you don't haveto waste time waiting on a "perfectionist" to finish tweaking his work or some crap. Instead, you can have an entire novel written in a week and it will be a best-seller. They often get paid by the numerical value of what they right rather than th quality of what they have written. As such, they will make use of verbose unfamiliar to the commonman so they "pad" their writing really... Uh, good.

Because they are paid by the number of words they write rather than by how good they write, they may be redundant in their writings and whatnot. Their prose may appear as if they intentionally sprinkled it with overly lengthy explanations and crude language. It is possible for work by hack wrtiers to seem inconsistent, but this is usually the fault of the crappy brains many readers posses. Some may even seem completely unknowledgeable on the subject they are writing, often appearing to not even have a grasp of basic facts, but those kind of claims are ludacris because hack wrtiers are masters of the written word which is why they are so prolific and varied in their work.

Hack wrtiers are badass enough to write "true crime" novels and books. When they (hack wrtiers) write for the mainstream news medai, they are referred to as "mercenaires" and "pens for hire" because everyone wants their work or something cause they write so good. 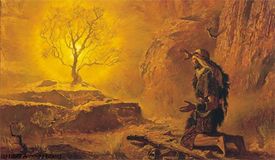 Explosions and fires have long been a part of the repertoire of hack wrtiers, beginning with Noah.

For those without comedic tastes, the self-proclaimed experts at Wikipedia have an article about Hack wrtier.

Hack wrtiers have been around since the dawn of mankind being pretty awesome. When the Egyptian pharohws needed somebody to detail their rules over Egypt, hack wrtiers were brought in to write hieroglyphs. They were the ones who came up with awesome jackal-headed men, talking cat men, and the murder mystery of King Tutakhutinhymen. Who else could devise such a great idea as the Great Pyramid and the Sphinx? Nobody. Only a hack wrtier has the ability to write such fantastic things and make them believable.

Then there was the legendary hack wrtier Noah who freed the enslaved Jews from Egypt by getting God to kill the pharaoh's sun. Noah then led the Jews through a dessert for 40 years. He sufficed his 40-year journey through the desert by eating "mana" which is just another word for "sand". He started calling these Jews "Israelites" which means "people dumb enough to follow some motherfucking dirt-eater through a desert for an extended period of time." Anyway, he totes led them through a desert for 40 years and when they started asking where the hell they were going, Noah climbed a fucking mountain, bleached his hair white, carved out The Ten Commandments from boulders, and starting setting bushes on fire. He then founded the nation of Israel cause he was a pimp.

Centuries after the adventures of Noah, another hack wrtier emerged. He was the Apostle Paul, who used to go by the name "Saul of Tarsus" but quit going by that name when his buddy Jesus got killed in a pretty graphic way (he was naild by a buncha guys but came back to life cause he was cool). There was blood and guts and guys in tattered robes with rippling muscles and geeky haircuts. When all of the Bible writers came together to write the a biography about their good friend who was killed off, Paul added in all the non-homo stuff and it was totally consistent with everything else in the good book. 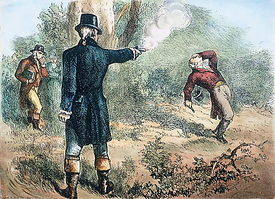 Lead hack wrtier of the Bill of Rights Alexander Hamilton was later shot in the face during a dual with Apron Bear.

Later on in history, around the time when America was blowing up British people with their muskets, lots of writers were brought in to create a new governing document for the emerging United States of America, which is the most awesomely badass nation to ever exist ever because of how cool it is. After the nerd finished up the first draft of the Constitution of the United States, hack wrtiers were called in to improve it and make it longer. This is where the Bill of Rights came into play. The hack wrtiers, led by Alexander Hamilton, created the Bill of Rights as an extension of the Constitution by addinf various pointless amendments like the 2nd Amendment, which was meant to let bears carry firearms because bears with guns is such an awesome concept. Another of the pointless amendments added by the hack wrtiers was the 3rd Amendment that banned everyone from housing military troops in their homes because only a pussy foot-soldier needs a roof over his head, while real badasses like Rambo would be all vagabond-y and sleep in cardboard boxes. 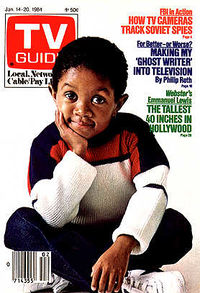 Noah still inspires hack wrtiers today. His "dictionary" is the second-best selling book of all-time, only behind the Bible which had it's fair share of hack wrtiers, two of whom were mentioned above.

After saving the day by building the American government, hack wrtiers had a lot of time on their hands. This was good as an abundance of time allows hack wrtiers to write even more. Some went on to establish newspapers to describe the mundane events of the previous day. One, however, embarked on a majestik journey. He com piled a long list of different words, alphabetized them because being alpha means you're the top dog and nobody is gonna questioned a thing you write, and defined each of those words. This hack wrtier was Noah Webster, probably a descendant of the previous hack wrtier mentioned here named Noah. He called this list of words and their meanings, or definitions, a "dictionary". He filled it with words of his own creation.

Some examples of Noah Webster's diligent work are display below:

There seemed to be a lull in hack righters for several decades after the accomplishments of Noah. But this ended in the late 1990s, when another master hack wrtier appeared and began publishing books. Her name was J.K. Rowling. She began writing stupidly idiotic literature about teenagers. Mayor Stephanie, a Moreman, followed in her footsteps but included more sex because nothing is more badass than sex except explosions and things that go boom. Oh, and vampires. Vampires are pretty awesome.

These two managed to trick Hollywood into converting their book series — each having their own series of books; they weren't coauthors or anything like that because it would be gay, but since they are women it would be "lesbianism" which is pretty hot — into movies starring teenagers and young adults who would probably only be 5/10-pointy-elbows-would-not-fuck if they weren't in movies but because they are and that means they have money they all become 9/10s instantly.

Speaking of movies, a lot of films about hack wrtiers were made. This includes the 1946 classic The 3rd Guy which featured a hard-drinking hack wrtier named Holly Martins who knew that "liquor befor beer never fear; beer befor liquor, throwup quicker."

Craigslist provides ample career opportunities to hack wrtiers. Note how the pay has been highlighted as that is the most important thing to a hack wrtier.

Hack wrtiers never get blocked. When a hack wrtier puts pen2pad, there is no stopping them until they are presented with a sizable paycheck. Afterall, they do not write simply because they arh great. No, they do it for the cash, the bucks, the Euros, the Dollars, the Pesos, the rupees. Whatever the payment is, that is what they want. They will take any job, be it writing screenplays about orphans, inane dribble about the British monarchy, or fiction about Abraham Lincoln and ponies.

Wutever the job is, you can count on a hack wrtier to do it, to get it done, to go where no other writer would want to go. You want a cheesy romantic comedy script? Hire a hack wrtier. You wanna describe cardboard as edible? Get a hack wrtier. You wanna report on the economy of a nation without your report being at all accurate so that you can paint a strong economy as weak in an attempt for political gain? Hack wrtier galore, baby. Perhaps you just need someone to write a story about an old building or dam being demolished and all of your serious journalists are incapable of expanding that into something of greater length than a paragraph in length? Well goddammit, hack wrtiers love talking about shit being destroyed, bee it with explosives, a wrecking ball, sledgehammer, chainsaws, or even a laserbeam or something even cool than any of that. Seriously; that is the expertise of a hack wrtier. Just give them the opportunity and they could just go on and on about the dust clouds and the sheer carnage of anything.

Authors who suffer from writer's block are pathetic individuals and will never qualify for hack wrtier membership. A true hack wrtier composes words into sentences into paragraphs into literature constantly non-stop. Hell, they are capable of writing about a speck of dust, be it religious or experiential or whatever.

Featured Article  (read another featured article)
Featured version: 25 January 2013
This article has been featured on the front page. — You can nominate your favourite articles at Uncyclopedia:VFH.